One million children of Erasmus couples and the Oslo embassy's trainee programme were among the subjects of EU ambassador Helen Campbell's guest lecture on Wednesday.

EU's relationship to Norway and the Union's internal and external diplomatic focal areas were subject for EU ambassador Helen Campbell’s guest lecture at the Department of Comparative Politics at the University of Bergen, Wednesday 13 April.

Among the subjects the ambassador touched upon were EU foreign policy areas, such as the Paris Treaty (COP21), the TTIP trade agreement, EU ambitions for membership of the Arctic Council, military and civilian operations outside of the EU area and EU’s relationship to NATO.

“Erasmus babies” and trainees
The Ambassador also touched upon internal focal areas and challenges for the Union, among which were the refugee crisis, energy policy, human rights and collaboration on research and education. Related to the latter, the ambassador could inform that – based on somewhat uncertain numbers – approximately 1 million “Erasmus babies” have been born to couples who met during Erasmus exchange in Europe.

During the round of questions, the ambassador, who herself comes from the British Isles, gave her opinions on both the effect of a potential “Brexit” and of the Dutch no to EU’s Ukraine agreement – among much more.

Throughout the lecture, Campbell underlined EU-Norwegian cooperation on the several issues. She also took some time to talk about the activities at the Oslo embassy, encouraging students at the University of Bergen to apply for the Embassy’s internship programme. 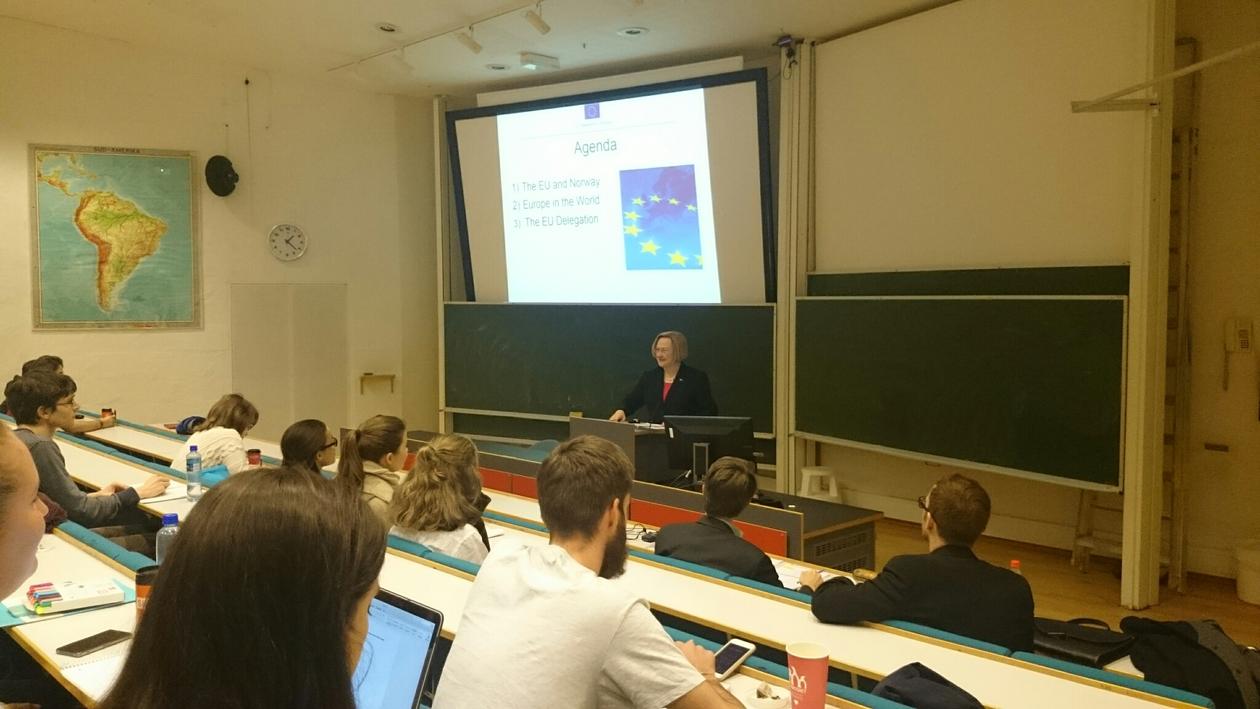 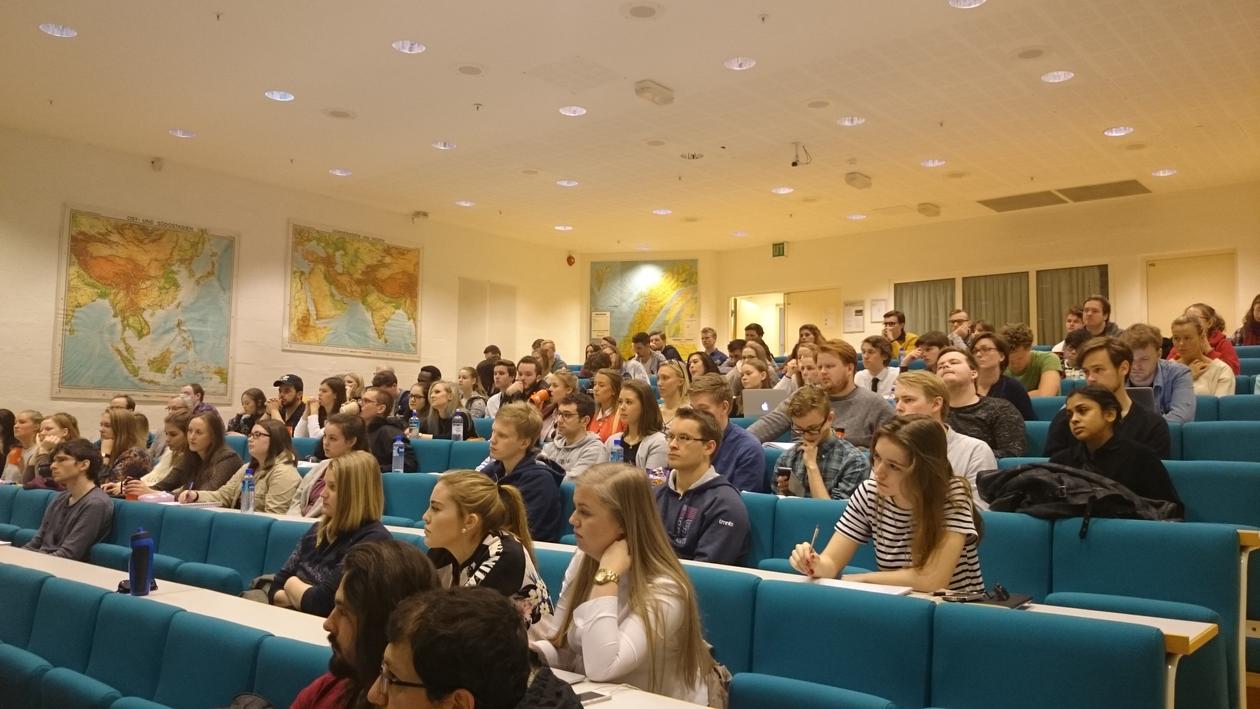