According to the editorial, a recent analysis of the most comprehensive long term global observational dataset available, the Global Biodiversity Information Facility indicates that worldwide, between 2006 and 2015, 25 % fewer species of wild bees were seen than was the case before 1990.
Photo:
Cole Keister/Unsplash

Together with fellow UiB researcher Laura Drivdal, van der Sluijs also contributes to the section with a review on the interface between science and policy around pollinator decline, which focusses on the role of the precautionary principle in decision-making for pollinator conservation.

Pollinator decline, and more broadly insect decline, is a pressing societal challenge which needs urgent attention and action. What is at stake is nothing less than the world’s functioning ecosystems and human food production.

A key message in the editorial goes out specifically to scientists studying insects:

"The decline of bees and other pollinators continues at a high pace, and time for action is running out. Entomologists are holders of expertise that could be the key to halt and reverse the crisis of pollinator decline."

Van der Sluijs and his co-editors know that many entomologists are highly concerned about insect decline.

"The very fact that this leading insect journal took the initiative to invite me to guest edit this special section is a sign of that."

However, the expertise of entomologists is not sufficient on its own to halt the decline, according to the editorial. They must engage in transdisciplinary coalitions with other societal actors in order to bring excluded relevant knowledge and early warning signals to the attention of the regulatory space and policy makers.

The editors explain how certain approaches to knowledge production are privileged, leading to a systematic and often strategic production of ignorance. Relevant aspects that are left out or excluded are often unwelcome to powerful stakeholders.

How safe are modern pesticides really?

An example of this social production of ignorance cited in the editorial is the way a type of insecticides called neonicotinoids (neonics for short) have transformed the world’s farmland into a historically unprecedented toxic threat to pollinators, despite the regulatory system for pesticides in Europe being widely regarded as the most rigorous in the world.

The perception is that modern pesticides are much safer than in the past, but recent studies, including research by professor van der Sluijs, have linked environmental contamination with neonics to declines in wild bees and other insects.

The neonics case is also held up by the editors as an example of the necessity of transdisciplinary coalitions in combating the pollinator crisis. The special section article by David Demortain, The science behind the ban: the outstanding impact of ecotoxicological research on the regulation of neonicotinoids, describes how the EU and France both put restrictions on groups of several neonics at once.

The banning of a group of substances from the same chemical family is highly exceptional in this type of regulation; usually the banned insecticides are being phased out one by one, and the review shows how this could happen in the neonic case:

“Alternative regulatory knowledge emerged because public researchers, beekeepers, NGOs, and politicians advocating environmental action formed a coalition that managed to intervene in the regulatory space.” This lead to a pluralization of knowledge that remedied the blind spots of routine regulatory science.

A key factor leading to the ban of an entire class of proven harmful pesticides is that public researchers did not shy away from contributing their knowledge to the bureaucracies involved, according to the editors.

Van der Sluijs acknowledges that this is not necessarily easy.

"Assuming one’s social responsibility as a scientist is always an uphill struggle. The academic reward system pushes you to prioritize scientific impact over societal impact."

He also emphasizes how important it is to be aware of the sensitivity of the issue in the research communities of entomologists.

"A substantial part of funding for insect research is earmarked to deal with insect pest control rather than insect conservation. For those who have worked all their academic life on insect pest control, it requires courage to speak out on the unsustainability of neonicotinoids, which initially were seen as a major step forward."

Breakthroughs must be the norm, not the exception

In their overview, the editors conclude that breakthroughs such as the ban of a whole class of neonics must be the norm, not the exception, which is why their message to entomologists is so clear.

According to van der Sluijs, they have already received strong endorsements of the editorial from entomologists all over the world.

"An American entomologist wrote me: 'The editorial is excellent!  I have shared it with colleagues directly involved in international policy making on pollinator (and pesticide) issues, and they also found it very relevant.'"

A German beekeeper also spontaneously translated the text into German and distributed it widely in the beekeeper community. The translation can be found on the website of BeeCaution, an NFR-funded project led by van der Sluijs which is building a Norwegian epistemic network of relevant actors to engage in discussions on bee pesticides, precaution and innovation. The site also contains a Norwegian translation of the editorial.

"Entomologists are holders of expertise that could be the key to halt and reverse the crisis of pollinator decline. This gives entomologists a unique social responsibility, on par only with the one expected from them in the Western world a century ago on combatting vector diseases and plant pests." 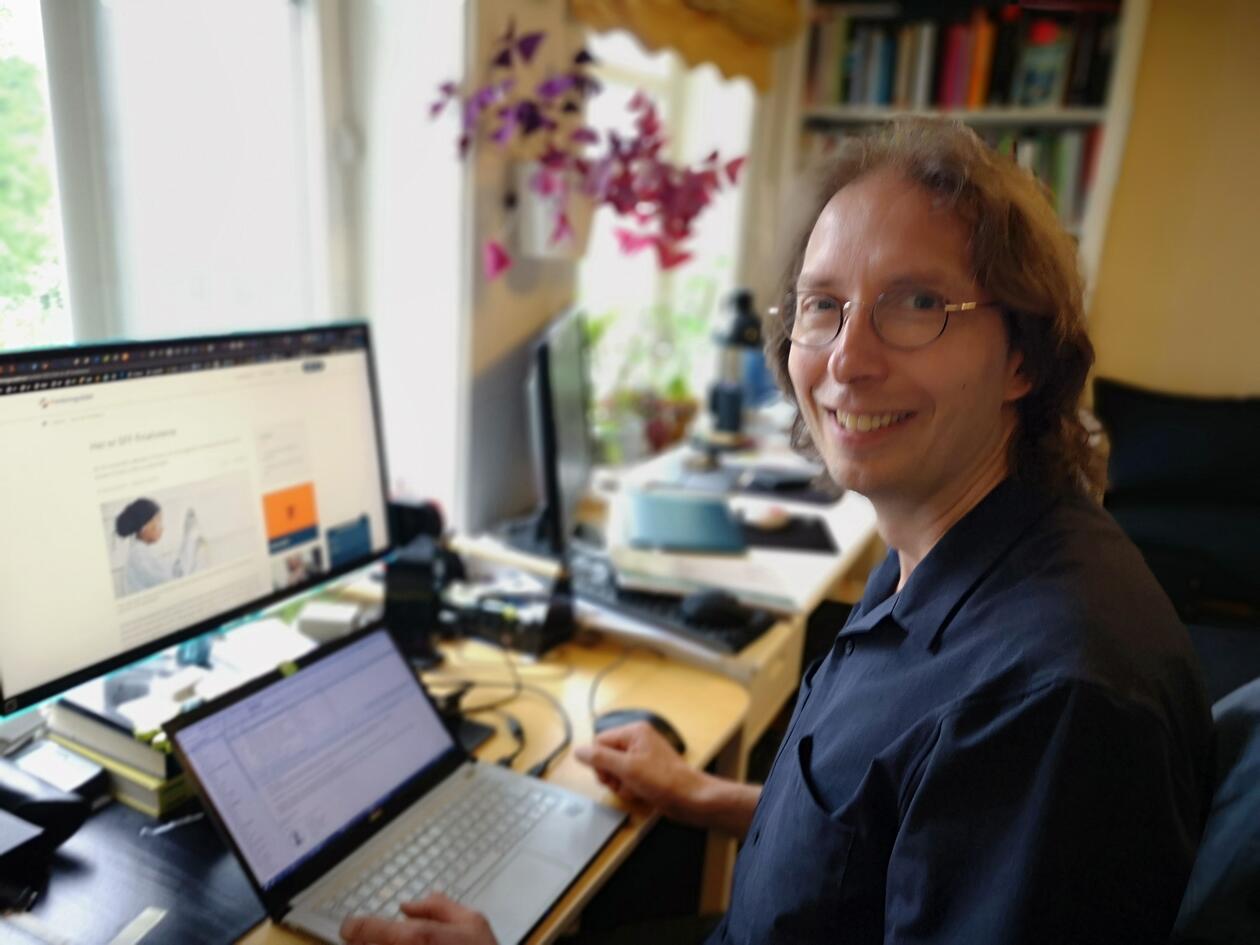 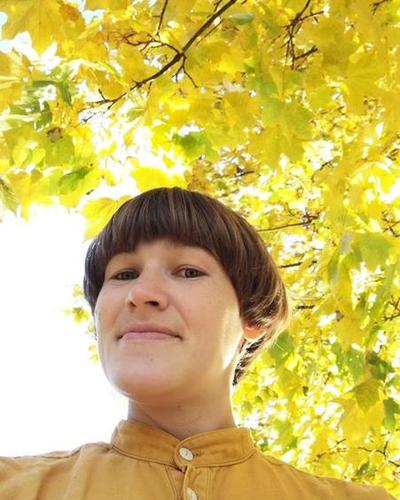 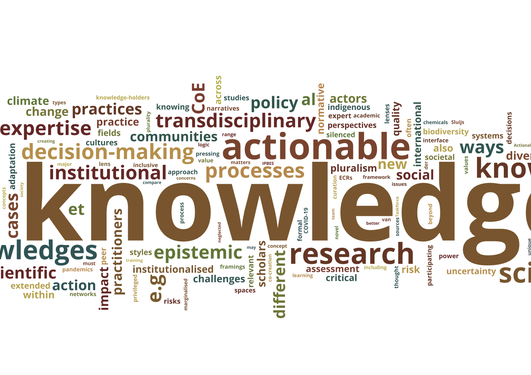 AcKnowledges explores if and how including more diverse knowledges in expert advice yields policy options that better match the complexity of pressing issues. 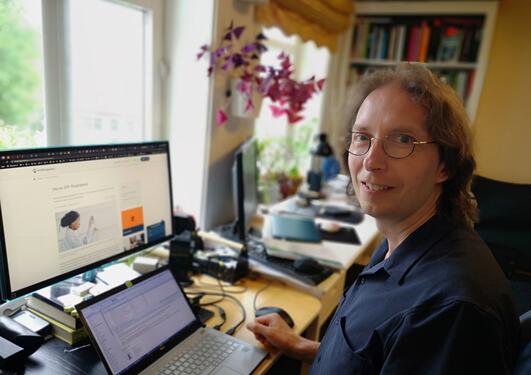 SVT application in the final to become Norwegian Centre of Excellence

Out of 161 applications, SVT’s Centre of Actionable Knowledges (AcKnowledges) was one of 36 initiatives nationwide that made it to round two of the call.