Skip to main content
The Department of Biomedicine
News

Stakeholders give input to the minister for health

The meeting took place at the PROBE Laboratory at the University of Bergen, and was opened by Rector Dag Rune Olsen.

The starting point for the meeting was that the Minister of Trade and Industry and the Ministry of Health wanted input for topics, challenges and measures in connection with the work on a new health report.

Representatives from Bergen Municipality, Helse Bergen, BerGenBio, and Bergen Technology Transfer, with several others, were invited to give their input.

Bent Høie mentioned among other things challenges associated with, for example, the fire wave, which demands new solutions in the health sector. Nina Mehold with the municipality of Bergen, followed up and pointed to the potential within more interaction.

Anders Haugland in Bergen Technology Transfer (BTO) had clear wishes about the development of the new health cluster in Bergen, which is under construction and development and demanded the business community's role in this:

"The cluster cooperation is incredibly important, and business should be earlier in development than Step 4," he said. 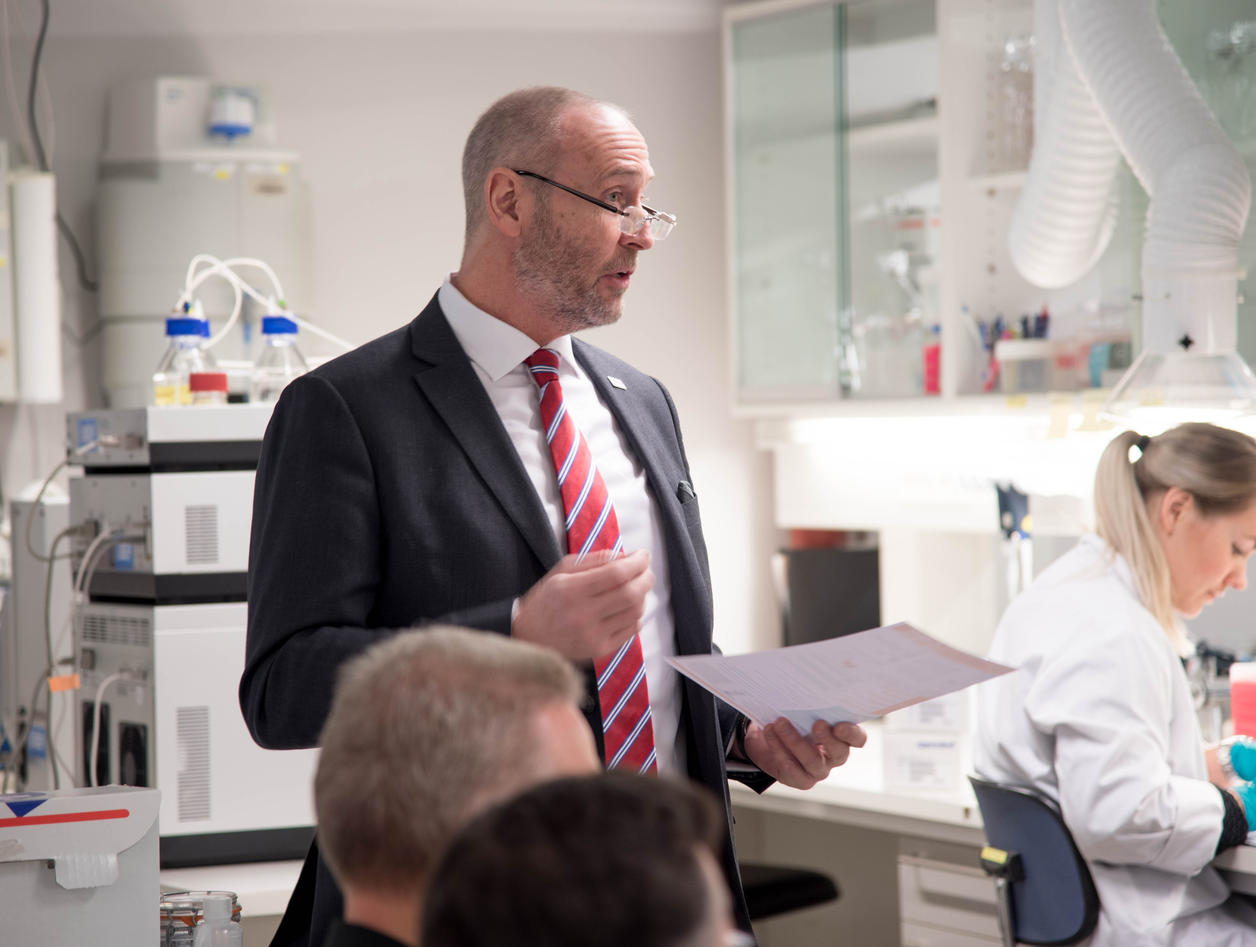 Richard Godfrey, director of BerGenBio, promoted the importance of innovation technology and patents in his meeting with the health minister.
Photo:
Ingrid Hagerup 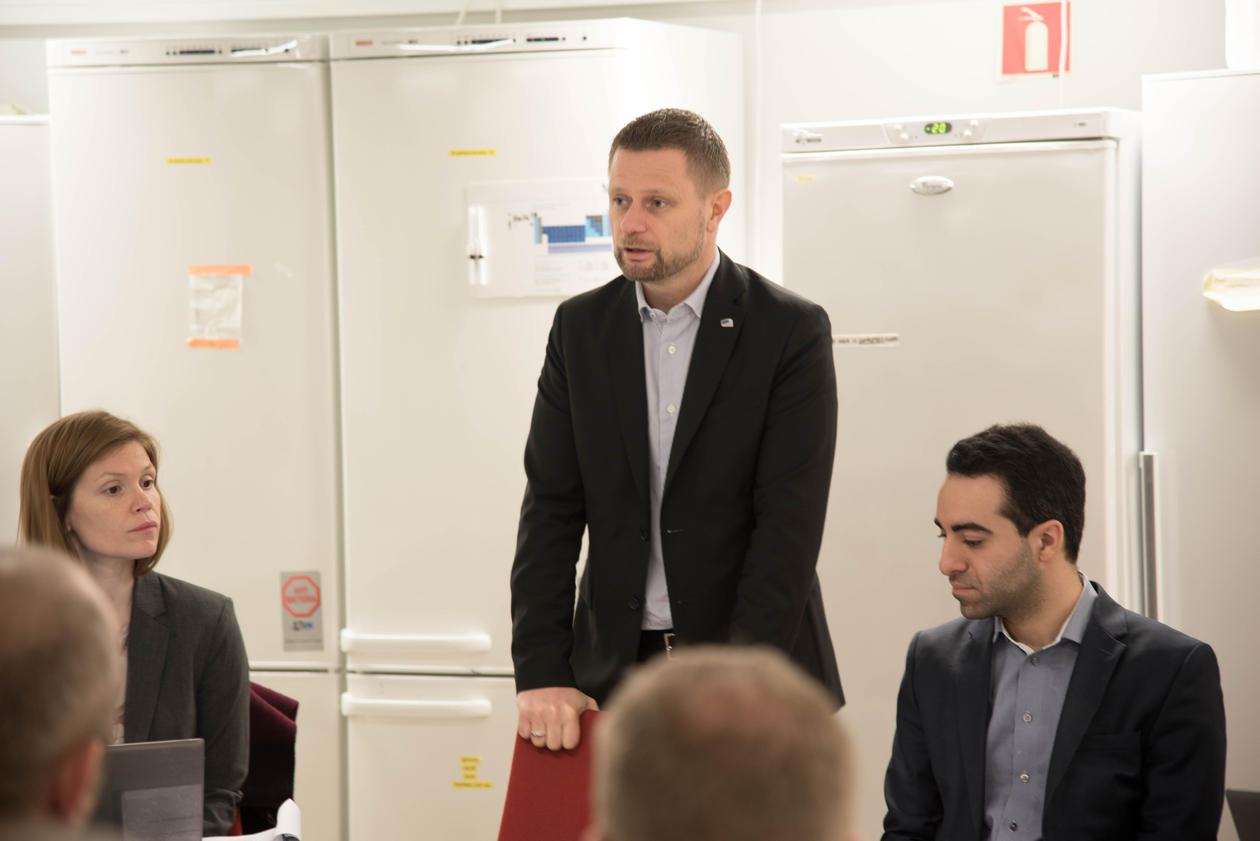 Bent Høie said that in response to today's and tomorrow's health challenges, new solutions are needed. He met representatives from the health sector and the industry to get input for a new parliamentary report on the health industry.
Photo:
Ingrid Hagerup