Skip to main content
The Department of Biomedicine
Research

Secrets of the malaria parasite

Researchers from the Department of Biomedicine describe the atomic details responsible for the short length of actin filaments in the malaria parasite.

Malaria is a parasitic infection caused by Plasmodium spp., obligate intracellular parasites with a wide distribution in subtropical and tropical areas. In 2017, the World Health Organization reported approximately half a million deaths resulting from nearly 219 million malaria cases registered worldwide. The life cycle of the parasite involves several stages that go through different morphological states and infect different cell types in the mosquito and vertebrate host. Successive rounds of invasion, replication, and egress from red blood cells cause the symptoms in the acute infection of the human host. All these processes depend on filamentous actin. Actin is a highly conserved protein in eukaryotic cells. Its ability to polymerize is essential for central processes in the cell, including cell division, transport, motility, and structural functions.

In Plasmodium spp., there are two actin isoforms, which are among the most divergent actins in eukaryotes and differ from each other more than actin isoforms in any other species. Both parasite actin isoforms form filaments in vitro. However, their length distributions are different.

Based on high-resolution crystallography, electron microscopy, and biochemical assays, we propose a model for P. falciparum actin I polymerization, ATP hydrolysis and phosphate release, and fragmentation of parasite microfilaments. Magnesium binding causes a slight flattening of the actin monomer, favoring polymerization and ATP hydrolysis. Potassium binds to the active site together with magnesium during hydrolysis. Subsequent phosphate release results again in a more twisted conformation of the monomer. The conformation of a loop, which we named the A-loop, is linked to phosphate release and the stability of filaments. The interactions of Asp180 in the A-loop with either Lys270 (plug) or His74 (H-loop) promote a ping-pong movement of the A-loop, which acts as a switch between stable and unstable filament conformations.

This novel fragmentation model explains the until-now enigmatic short length of the parasite actin filaments. Understanding the molecular differences between the malaria parasite and human actins may pave the way towards development of novel drugs targeting the parasite actomyosin motor.

Andrea Lopez Moreno is Ph.D.-candidate in the lab of Professor Inari Kursula at the Department of Biomedicine. 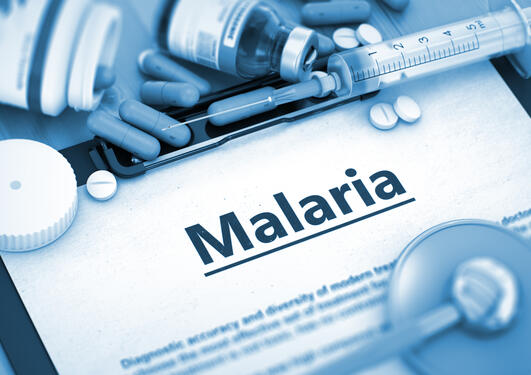 New study may find a cure for malaria

Researchers at the Department of Biomedicine participate in an international research project that has now found a promising compound which could turn into an effective drug against malaria. 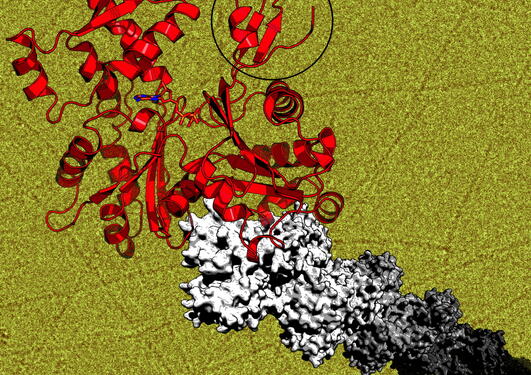