The newest vent is located further away from the sediments of the Bear Island Fan than is Loki’s Castle, and is also some distance from the Jan Mayen hot spot. It may therefore provide CGB researchers with new insights about arctic venting.

The results from this summer’s cruise will further Centre research activity in a number of areas:  the weathering of mine tailings; bioprospecting for new enzymes; increasing our understanding of venting processes; and learning more about the unusual animals that live in these extreme and inaccessible environments.

This summer the ROV was launched and tested. Among other things, it successfully undertook sampling activities, recovered incubators previously left in situ and recorded the finding of the Centre for Geobiology’s (CGB’s) newest hydrothermal vent field. Ægir 6000 was built by Kystdesign, a sub-sea technology company. It is named after an ancient Norwegian god. The new ROV will complement other deep sea sampling equipment. One of its unique contributions to deep sea research, however, is the fact that it gives researchers “eyes on the ground” – in this case, the inaccessible, inhospitable deep sea floor.

The first part of this summer’s cruise was spent testing the new ROV along Norway’s western coast where the waters in the fjords are deep, but calmer than in the open ocean, and access to repair services and replacement parts is easier. The dedicated Tether Management System (TMS) was not fully operational for this summer’s activity, so another TMS system was rented. Unlike the ROVs used on previous expeditions, Ægir can use a TMS, which is a cage-like containment system for transporting the ROV during deployment. It also stores and deploys the tethering cable enabling the ROV itself to be decoupled from the motion of the surface vessel as well as allowing it to operate at a larger radius from the mother ship. The TMS also has sample storage facilities so that the ROV can make several collection efforts, thus making each dive potentially much more effective.

In situ mine tailing experiments

Post-doc, Ingeborg Økland, has begun a series of in situ experiments that will provide information about the effects of depositing mine tailings on the seafloor – specifically, how this material will “weather” on the seafloor.

Økland has 3 different types of experiments on-going at both Loki’s Castle Vent Field and the Jan Mayen Vent Fields: deployment of incubators, taking of push cores and deliberately making scars in the sulphide chimneys on the seafloor. Two incubators were set out at each field in 2014. Ægir was able to recover one of these this summer; the other will remain on the sea floor to further “incubate” until collection at a future date. The incubators were filled with ground, gem-grade pyrite (FeS2), which is the most common of all sulphide minerals.

Økland is part of the Water, Rocks and Microbes research theme. Learn more about her work with weathering.

Enzymes are the tools of nature. They accelerate, or catalyse, chemical reactions by as much as a factor of many millions. Enzymes are specific, reusable, efficient, effective, and generate little waste.

Bioprospecting is the process of exploring nature for new natural enzymes. CGB Theme Leader, Ida Steen has built a multi-faceted research team that has been actively engaging in bioprospecting.

Norway is recognising the importance of biotechnology, and, not the least, assuming responsibility for Norway’s biomass so as to be able to mine its biodiversity. The aim is to optimise Norwegian input into a global economy that is becoming increasingly bio-based. Steen’s team is actively involved in important national biotechnology initiatives, NorZymeD and the EU project, INMARE.

During this summer’s cruise, CGB researchers collected one of the team’s incubators from a hydrothermal vent (Perle), near Jan Mayen. Learn more about this research theme’s bioprospecting activity.

Finding out more about what lives there

The CGB Vent and Seep Biota research theme is surveying life in the arctic deep seas. This summer they tested an important sampling instrument. On previous research cruises the ROV has been outfitted with a suction pump sampling tool that can be used to relatively gently extract samples for the seafloor. However, the sampler was only capable of conducting one sampling operation per dive – a severe limitation for learning more about such an unexplored, inaccessible, inhospitable environment.

The new suction pump module has a set of rotating chambers that will make it possible to undertake several different sampling operations in different locations on each ROV dive. The chambers are completely separated from one another, thereby isolating each sample. 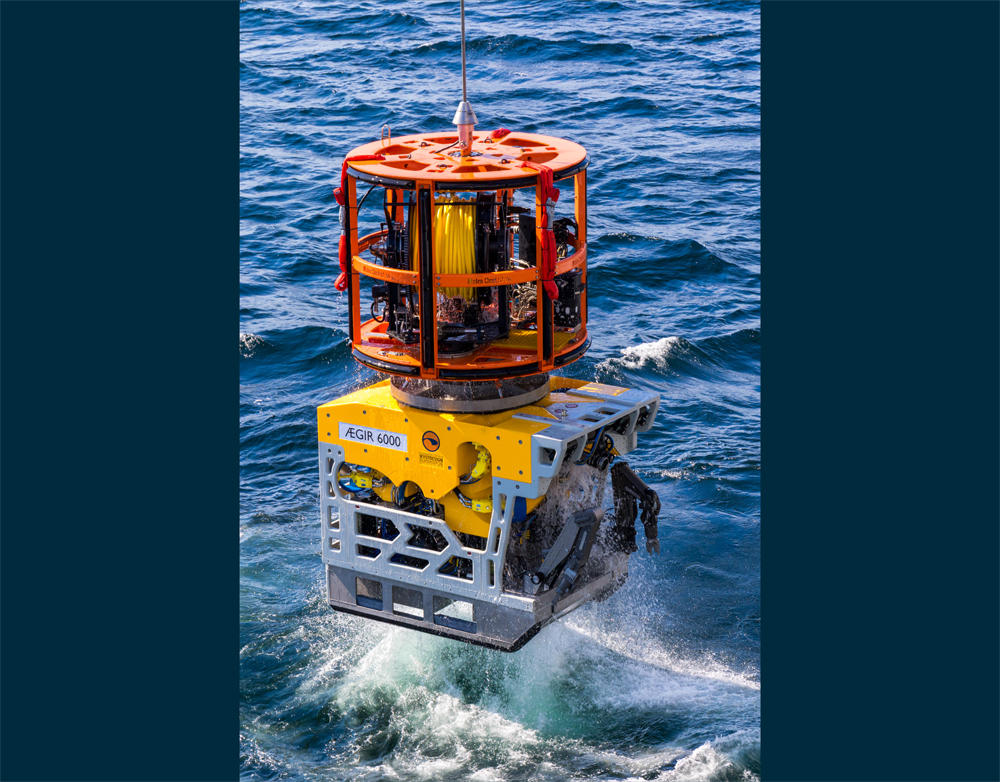 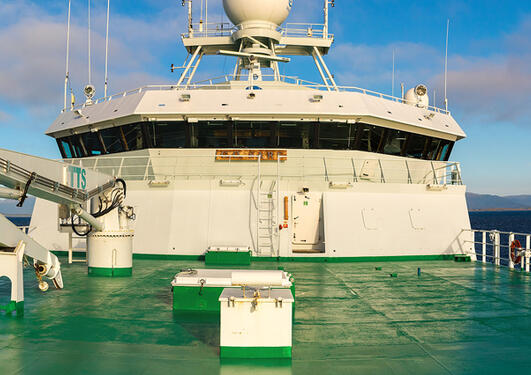 Norway is a marine world leader

Norway has a long history of being a marine nation. Its unique location, with close access to deep open ocean, places it in a leading position internationally for marine research. 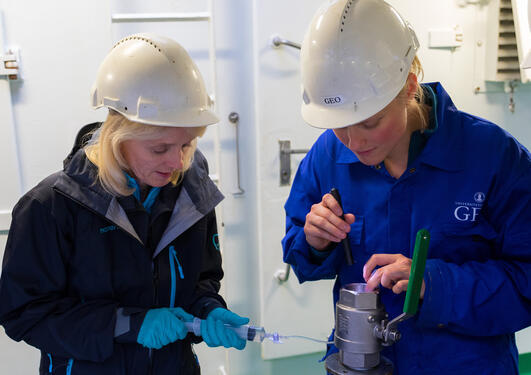 Weathering in the deep sea??

Post-doc, Ingeborg Økland, is interested in the weathering processes, geological and biological, on-going in and around sulphide deposits. 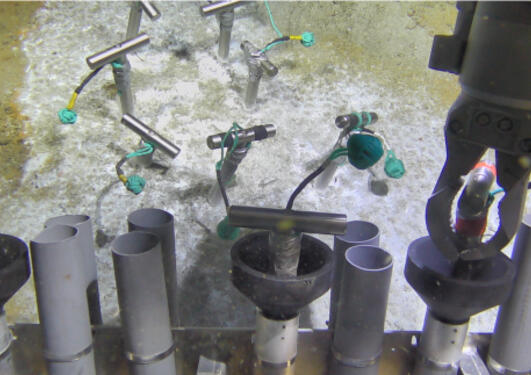 Deep-sea hydrothermal vents are extreme environments for life. They represent one of a few ecosystems on Earth where life is based on chemosynthesis instead of photosynthesis. 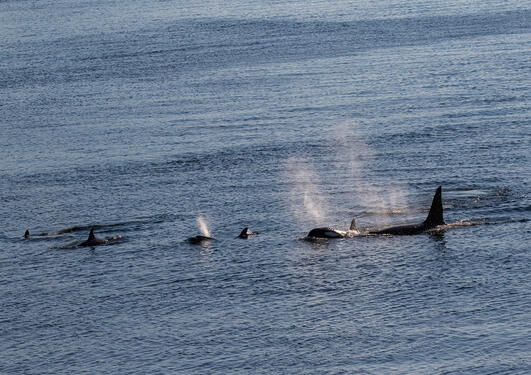 Finding out what lives there

The main goal for the marine biologists on this summer’s cruise was to test a new suction pump from METAS AS. 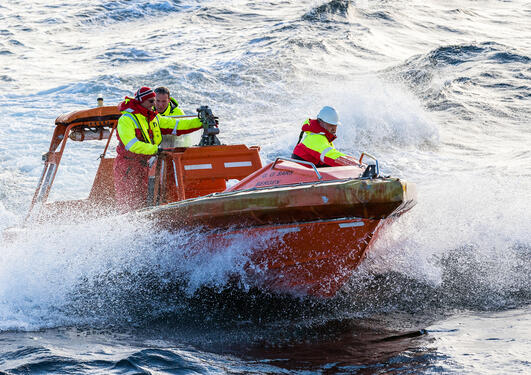 What makes vents so interesting?

Since their discovery in the 1970’s, deep sea hydrothermal vents have been capturing popular imagination. 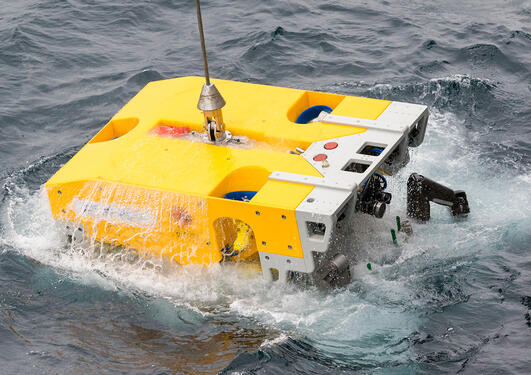 How do we find deep sea hydrothermal vents?

Vents are found by tracking their chemical signature. 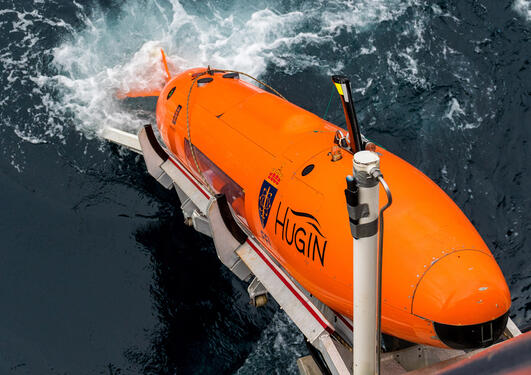 This summer CGB researchers aboard the G.O.Sars will use the AUV Hugin to help them map the seafloor and search for venting activity.