Skip to main content
Faculty of Humanities
RESEARCHER TO WATCH

Lessons from the past

For many years, the University of Bergen has focused on historical and archaeological research in the Middle East and in Syria in particular. How is the research going forward despite the difficult situation in the region?

ANCIENT HISTORY: The question of how societies work and how they change is Eivind Heldal Selands main research interest, especially in the ancient world.
Photo:
Eivind Senneset

"Through the study of cross-cultural networks in the early history of the Middle East, our research provides the necessary background for understanding the corresponding processes later in history and today", Eivind Heldaas Seland says.

Seland has recently completed his research project Networks in the Roman Near East where he examined the role of social networking – based on power, religion and commerce – having bound together groups and areas in the Middle East. The Syrian city of Palmyra was used as one of the examples in the project.

Palmyra developed from an insignificant village to a major metropolis and is a remarkable example of urban resilience in a marginal environment. One of the big questions in Seland's project has been why Palmyra played such an important role in the trade between the Indian Ocean and the Mediterranean.

"The city is not located on the easiest route between East and West. In addition, travelers were dependent on guides and guardians. Prior to Palmyra's golden age, the trade route went along the river Euphrates where food, water and shelter were available", he explains. And even though the city became part of the Roman Empire, its inhabitants retained their own identity and culture.

Seland found the answer: The palmyrians were good at building networks. Between each other, with the nomads, with the authoratives and the trading partners around the world.

"Social networks were as important as state institutions and by studying these, we got an understanding of the dynamics of the societies. We have learned how the residents of Palmyra managed to make use of different types of networks to make their city grow and flourish".

"In societies with authoritarian but small and poor governments people are more dependent on networks such as tribes, religions, ethnic affiliation, than which country they live in. This is also useful knowledge while trying to understand regions and countries in the Middle East today", Seland underlines.

The future is cross-disciplinary

The question of how societies work and how they change has been at the heart of Selands interest since his student days. He might equally well have ended up in the social sciences. However, he chose ancient history and explains the reason why.

"The ancient world offers the combination of a finite historical record with strong theoretical and methodological traditions and a high resolution archaeological database. This provides the perfect testing ground for determining the key factors behind the ups and downs of historical development".

Although, he must admit that scholars in the humanities have much to learn from colleagues in the hard sciences.

"Computer technology allows us to access huge amounts of data and to run testable simulations of our hypotheses. On the other hand, our traditional training in the humanities places heavy emphasis on source criticism, comparison and causal explanations, which is arguably of great use when explaining the connections and disconnections established by quantitative analyses."

Climate changes now and then

Seland's current research investigates how climate and natural environment shaped patterns of settlement, subsistence and communication in the pre-Islamic Near East. Maps, travel accounts, and satellite images, allows us to plot the distribution of water resources in desert-areas with high accuracy.

"Digital elevation models help us plot drainage and convenient communication routes. This can be juxtaposed with historical and archaeological data on settlement and travel", he explains.

The results feed straight into debates on the relationship between people and their environment: Does climate directly influence human societies, or does it provide a framework with considerable room for adaptation?

"In order to understand the role of climate in history we also need to identify the causal relations between climate change and societal change. Text-mining of databases such as Google Scholar and Web of Science allows us to access the vast combined scholarship of climatologists, archaeologist and historians and identify the available and possibly even the best explanatory models."

"How shall we deal with the big challenges caused by climate changes? Well, the only knowledge base we have is how people in the past related to such changes", Seland points out. 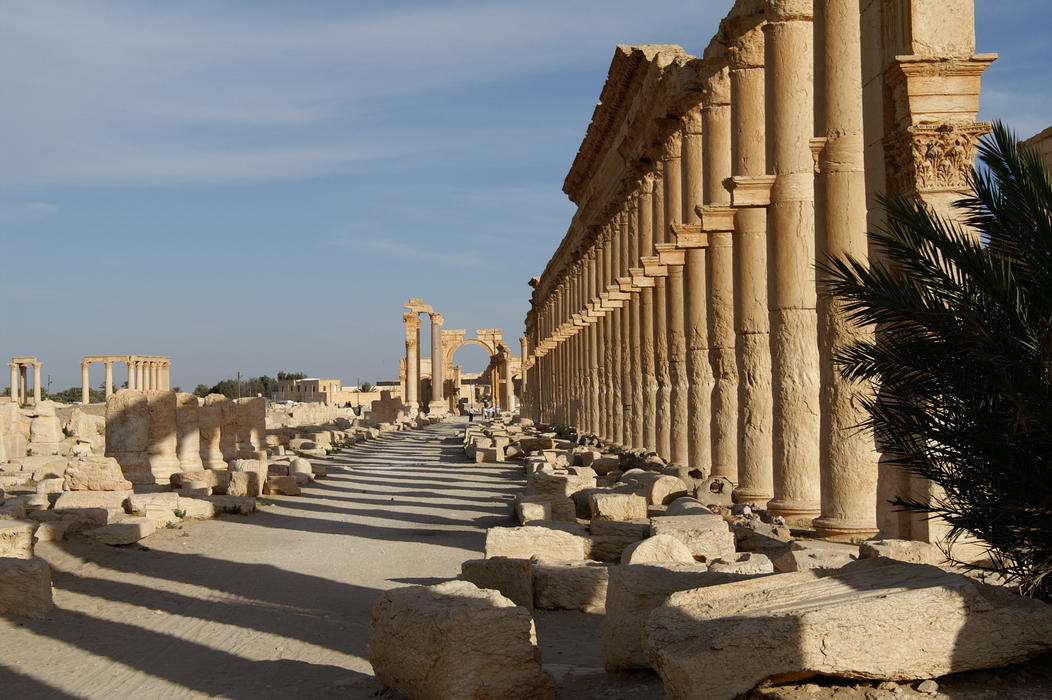 PALMYRA: The main street of the ancient city of Palmyra. Researchers from Bergen have been working on the city since 2009.
Photo:
Jørgen Christian Meyer 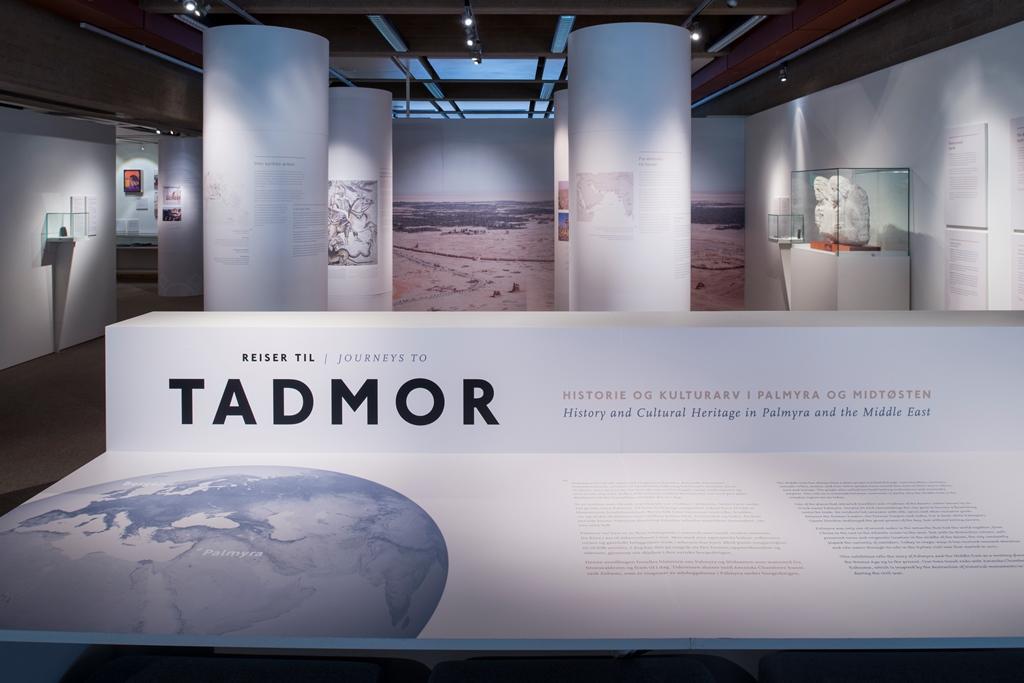 EXHIBITION: Seland's research project "Networks in the Roman Near East" resulted in an exhibition at Bryggens Museum in Bergen, summer 2017. Objects, images, maps, sound columns and reconstructions showed how the city of Palmyra (Tadmor) linked the region and the world across geography and time.
Photo:
Bjarte Bjørkum 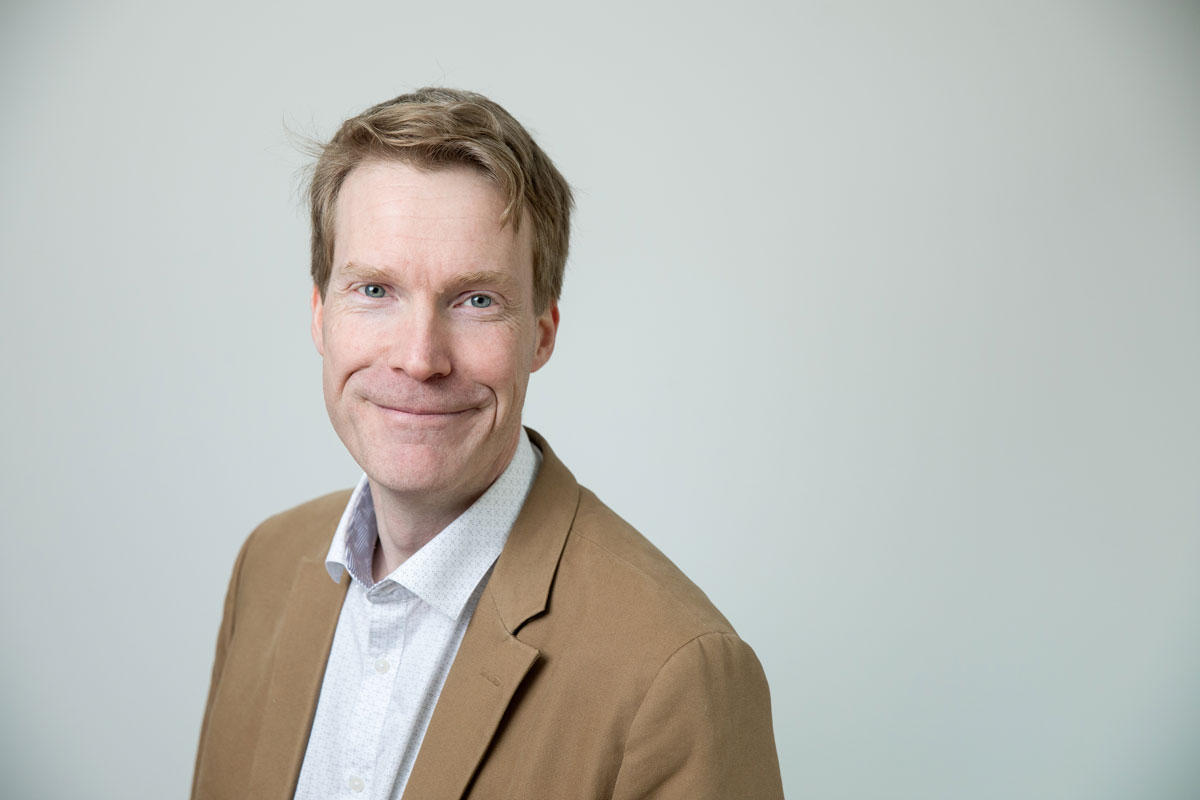 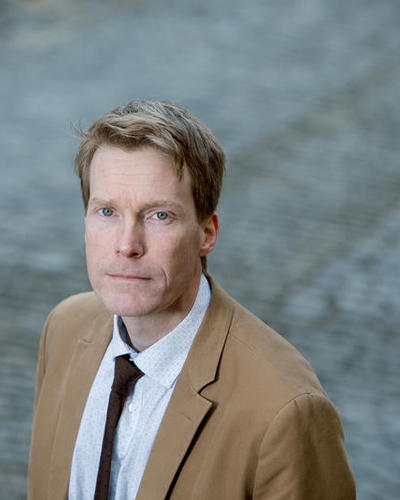