The Faculty of Law has been allocated funds from the SIU for collaboration with Chinese universities for a further four years. Among other things this means new exchange opportunities for students.

The faculty has been allocated nearly NOK 2 million from the Norwegian Centre for International Cooperation in Education (SIU). The funds will be used to further develop the collaborative initiatives that have been launched between the faculty and Chinese universities as well as to develop new initiatives for student exchange and research.

The Vice Dean for Education, Bjørnar Borvik, explains that since 2010 the faculty has been actively working to develop and maintain collaboration with several faculties of law in China.

"China is becoming an increasingly important player in the global arena and both trade and other types of collaboration with China will increase in the coming years. The need for Norwegian lawyers to be knowledgeable about Chinese law and legal culture will therefore also increase", he says.

In the next few years, new exchange opportunities will be offered to both Norwegian and Chinese students. A potential Sino-European research project is also under development. The new initiatives include:

In recent years the Faculty of Law has developed varied options for students wanting to travel to China on a student exchange. At master's level, the faculty has agreements in place with five different universities, and students can choose between an "ordinary" student exchange visit for one semester or a semester package in Chinese law with legal clinic and studies in China. The semester package is a completely new option available from the spring semester 2017. Nine students from Bergen will combine working at legal clinics in Beijing and Shanghai with studies at Renmin and Fudan. The faculty has entered into legal clinic agreements with several exciting companies and organisations in the two cities and this will provide the students with completely unique and valuable experience. The  semester package has been developed in consultation with, among others, Innovation Norway's Beijing office and Norwegian Business Association China.

Summer school at the top university in China

While most student exchange initiatives in China are available to students having reached at least their fourth year of study, third year students who are fond of travelling can now attend summer school at Renmin Law School as part of the course JUS134-China. This is an option that can be taken instead of JUS134 Legal history and comparative law, available for the first time in the spring semester of 2016. Ten students from the faculty participated and gave positive feedback on the programme. In spring 2017 the faculty is able to offer up to 15 students a place at the summer school. Before travelling to China in the middle of May, the students must follow certain parts of the lectures in Bergen from the course JUS134 Legal history and comparative law.

Renmin Law School is often considered one of the best legal faculties in China and the summer programme has been running for 31 years. When Professor Tom Wilson from Indiana University recently visited Bergen to hold an information meeting about the summer programme, around 60 students turned up. As to why Norwegian students should study in China, Professor Wilson had the following to say:

"China is the second largest economy in the world and a fascinating place for people who are interested in law. China's history dates back 5000 years and the legal system has been subject to massive changes. The country is in a continuous process of keeping up with global law and the word 'reform' is on everyone's lips," Wilson explained.

Part of the collaboration between the faculty and the Chinese partners is the exchange of teaching resources. During spring 2015 and 2016 the Dean's Assistant Bjørnar Borvik taught the course "Introduction to European Civil and Political Human Rights" at Renmin Law.  Borvik taught a similar course at Shandong University School of Law in Jinan during autumn 2015. 42 Chinese students have so far completed the course and sat the exam, gaining increased knowledge and understanding of European human rights. The plan is for these courses to be taught yearly.

In Bergen, students who do not wish to or who are unable to travel on a student exchange to China can take an introduction course in Chinese law, taught by a lecturer from Shandong University Law School. The course was taught for the first time this autumn and had around 20 students and the plan is for this course to be offered every autumn. The faculty is considering whether to also offer a few specialist subjects in Chinese law and whether, over time, there are grounds to establish a semester unit in Chinese law at the faculty.

Ever since the collaboration between the faculty and Renmin Law School was initiated, the aim has been to also develop research collaboration. As part of this work, a conference will be held in Beijing in 2017/2018 at which both European and Chinese judges and researchers will address various aspects of the role of the courts in modern societies, characterised in part by an international perspective on the sources of law.

The annual workshop for PhD students at Fudan University in Shanghai will also be continued in coming years. The purpose of the workshop is to provide the students with experiences and practice from an international venue, while also providing them with basic knowledge of Chinese law and legal culture. 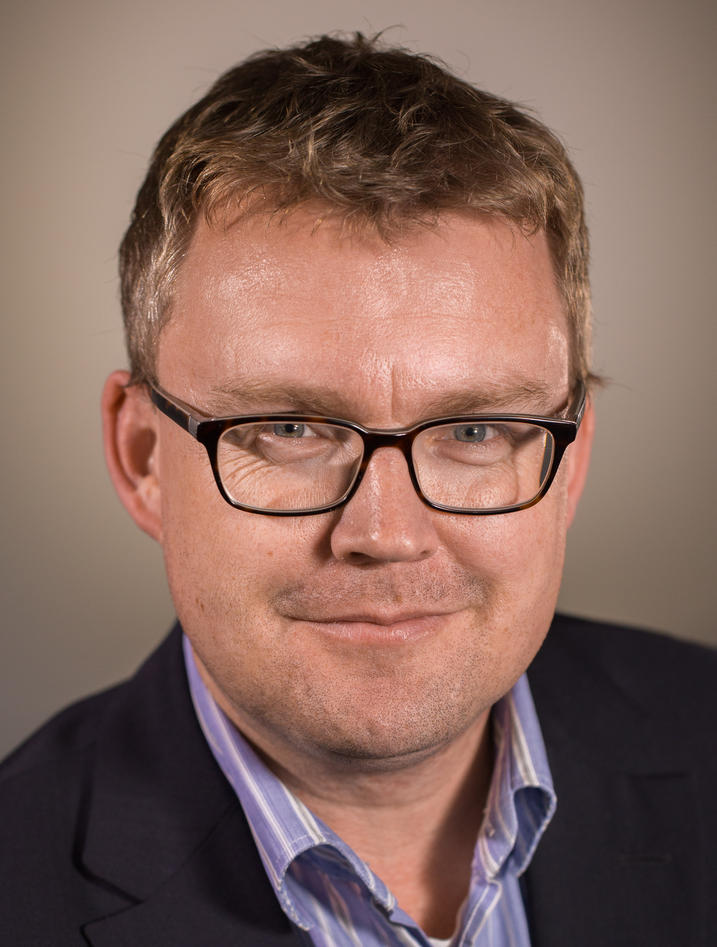 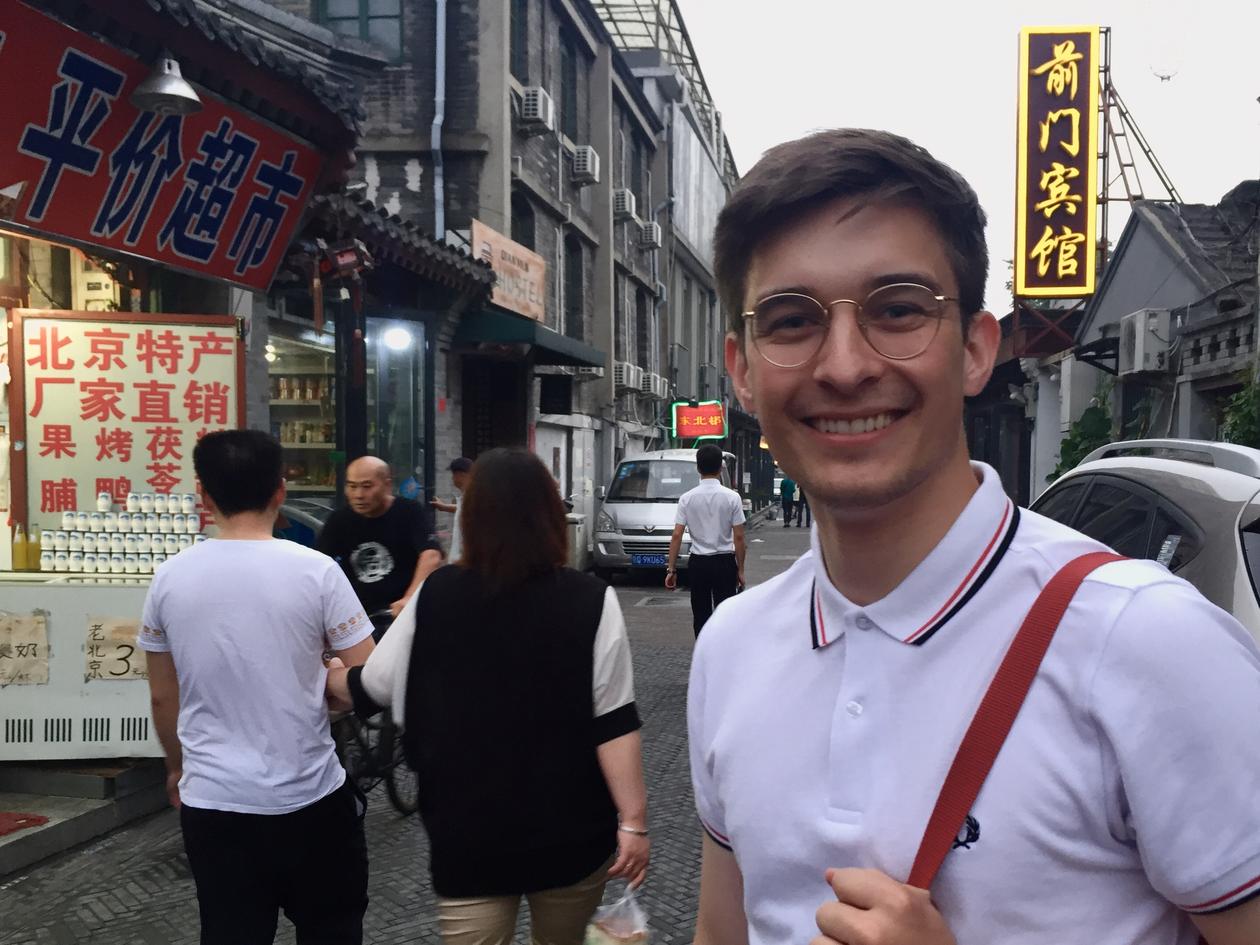 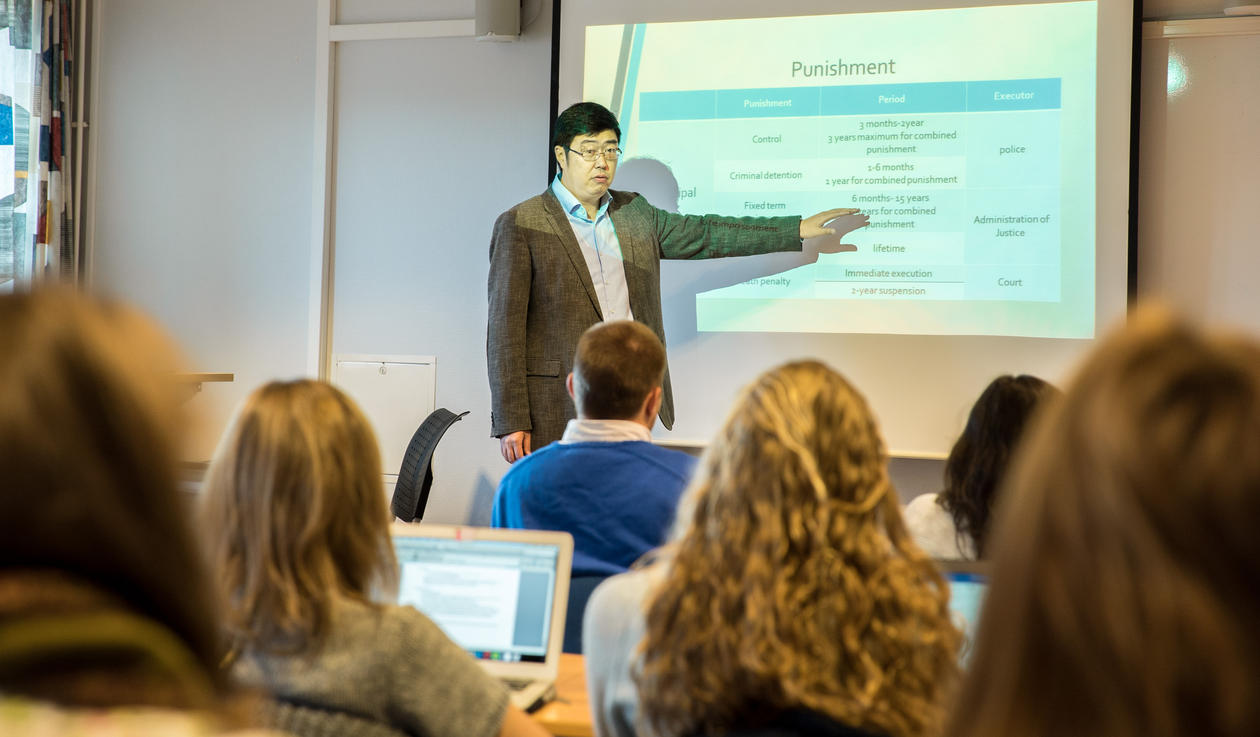 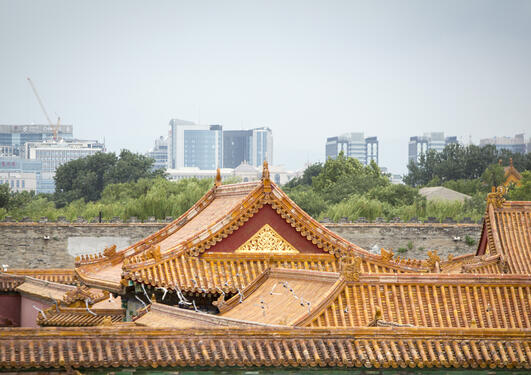 As the first faculty of law in Norway, the Faculty of Law in Bergen offers an introductory course in Chinese law every autumn. 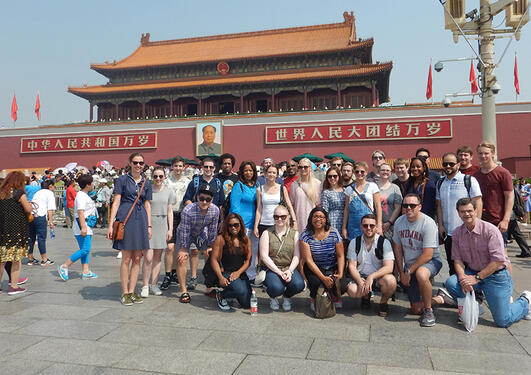 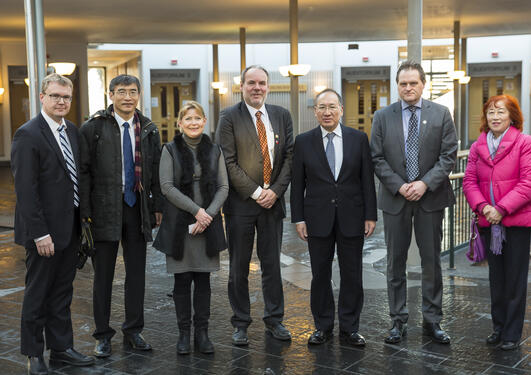 A visit from the Chinese ambassador

The Chinese ambassador visited the faculty in February.