Law studies with a side of culture

Last year was the second time the Faculty of Law at UiB sent exchange students to China. They returned with an exciting mix of Chinese culture and international law in their suitcase.

«Chinese culture is very different from Norwegian culture, and that was part of the reason why I applied to go there as an exchange student,» says Tormod Bergem Strand.

«Getting to know Chinese people and hear their opinions of their own society has been very useful.»

«I went to the USA as an exchange student in senior high school, and I knew I wanted to travel somewhere during my law studies as well. But I wanted to go someplace less familiar, where I could learn something relevant at the same time. Several Norwegian law firms assist Norwegian businesses operating in China, and Chinese firms operating in Norway. This means that knowledge of Chinese law only gets more and more relevant for Norwegian jurists, and law studies at Renmin University are highly rated. It doesn't hurt to have papers from Renmin,» says Strand.

International law students at Renmin University may choose freely from all law courses offered in English. According to Strand, one can get by just fine without learning any Chinese, but he himself found it useful to learn the basics, enabling him to order food and taxi rides in Chinese. Outside campus English will not get you far.

Fellow exchange student Lene F. Johnsen went to Renmin at the same time, but stayed there for a full academic year. During the first semester she took a language course offered by the university in addition to her law studies. Later, she built on that basis with self-study, speaking with Chinese and having regular practice sessions with a mentor assigned to her by the university.

«I believe you can have a perfectly good stay, both socially and academically, without learning much Chinese. But you will soon end up being dependent on others, and you will be cut off from experiencing Chinese people and Chinese culture in the way you could have with some knowledge of the language. Learning some Chinese is the best way to get to know the real Beijing and China, as opposed to simply experiencing the generic international community that one can find in any big city,» she says.

For both Strand and Johnsen, experiencing something different and unfamiliar was a big part of their motivation for going to China. The unfamiliarity extends to the law system, Strand explains.

«The fact that there is no private land ownership, for instance, feels very strange. All land belongs to the state. Since the capitalistic liberation begun, the Chinese have instituted leases with specific time frames of up to 70 years, at the end of which the land reverts to the state. But the first contracts were signed towards the end of the 80s, and it's not entirely clear what will happen when they expire. We also discussed issues relating to the Communist Party and its influence over the courts. In some cases, the Party is above the legal system.»

Strand was surprised to learn that human rights are a major focus for the Law Faculty at Renmin. There were no restrictions on discussions of human rights in class, but in his experience, Chinese and Europeans tend to define the term in different ways.

For Lene Johnsen, the learning experience varied between courses.

«I would say that I've learned most in my courses in international law, and somewhat less in my Chinese law courses. Overall I've learned most about international contract law and arbitration. But at the same time I've learned an extreme amount about China, the Chinese and their way of thinking and behaving. It has been very exciting, strange and pleasant, and it's something I could only have learned in China,» she says.

Dean Asbjørn Strandbakken signed the exchange agreement with the two Beijing universities on behalf of the Faculty of Law during a visit to China in 2011. He is of the opinion that the ability to understand laws based on their own societal and cultural premises is among the most important qualities a jurist can have.

«Law was always international, but the last 25 years have seen globalisation on an unprecedented scale. Human rights, which were not a focus when I was a student, now permeate the entire Norwegian legal system. The European Union has emerged as a major law producing agent, criminal law is becoming more international, and economic transactions are more and more often conducted across national borders. Put together, this means that mutual understanding of legal matters is essential within all aspects of law,» he says.

Strandbakken has cooperated with Chinese colleagues, but has never had the opportunity to learn Chinese, or to go there as a visiting researcher. That is something he would have liked to do.

«China will only be a bigger global agent in the time to come. Jurists who are familiar with Chinese law and legal culture, will be needed both in business and government,» he says.

Get out of town

Tormod Bergem Strand and Lene Johnsen both took the opportunity to do some sightseeing outside of Beijing. That has the additional benefit of allowing you to escape the polluted air, they explain.

«I will never forget how impossible it could be to make out the tops of the buildings because of the smog. But you don't have to go far to get away from it,» Johansen says.

«There were a few days when we were walking around in a fog,» Strand admits.

«But even though Beijing is a huge city, it's easy to get around. Fortunately, we had the time to see lots of things outside of our studies». 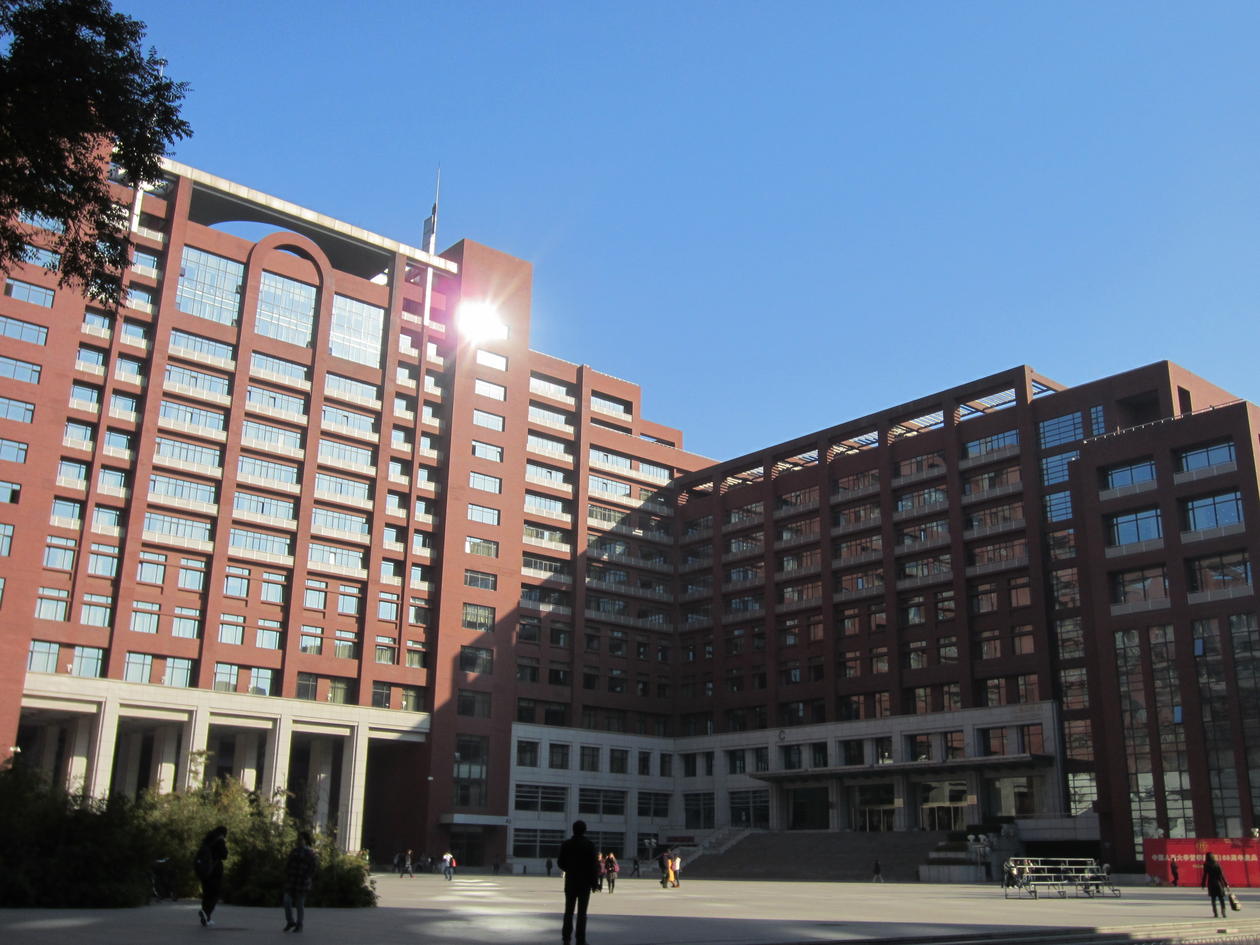 Renmin Law school with its 3000 students is located in this building.
Photo:
Faculty of Law 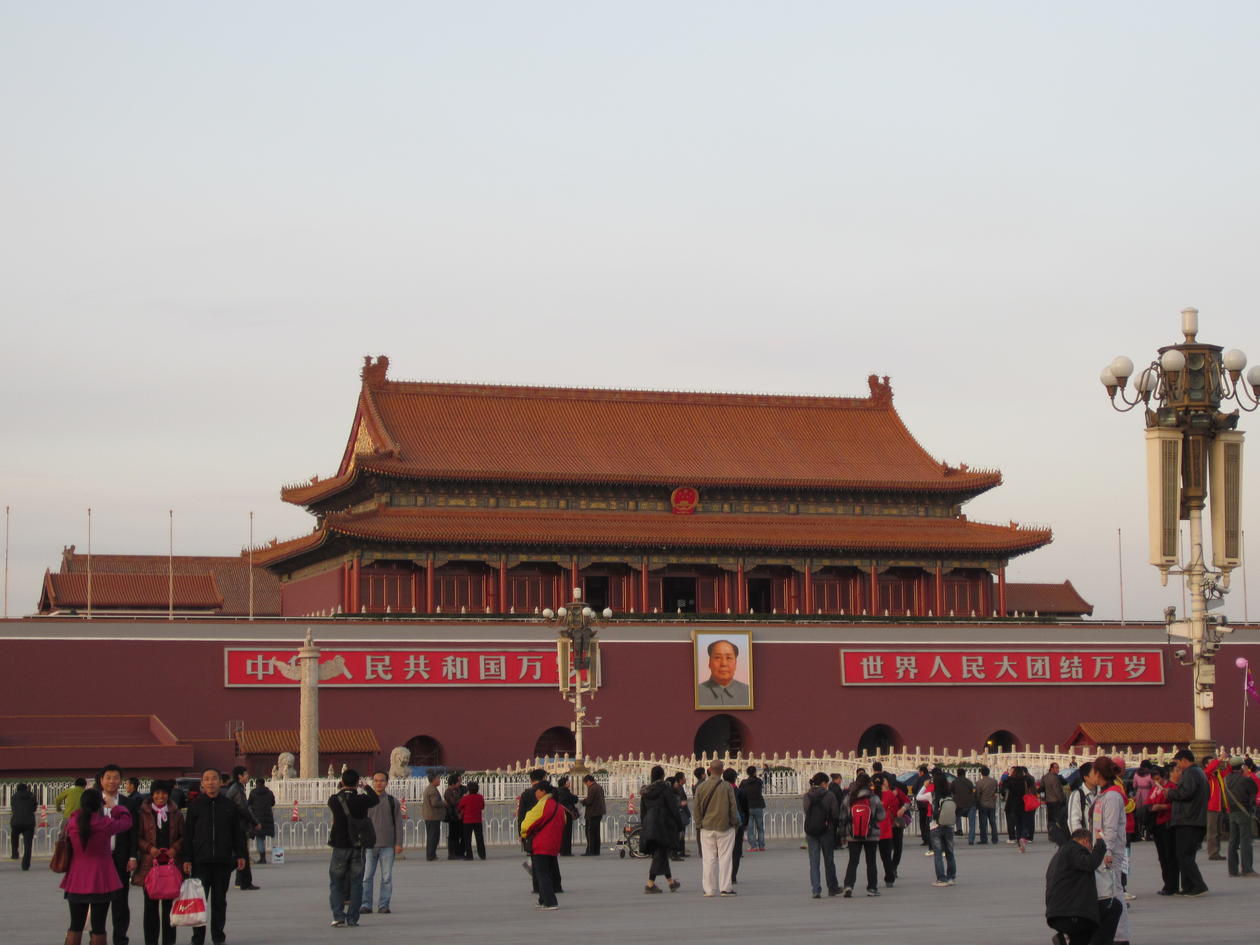 A semester in China gives you the opportunity to visit famous landmarks like The Forbidden City.
Photo:
Faculty of Law 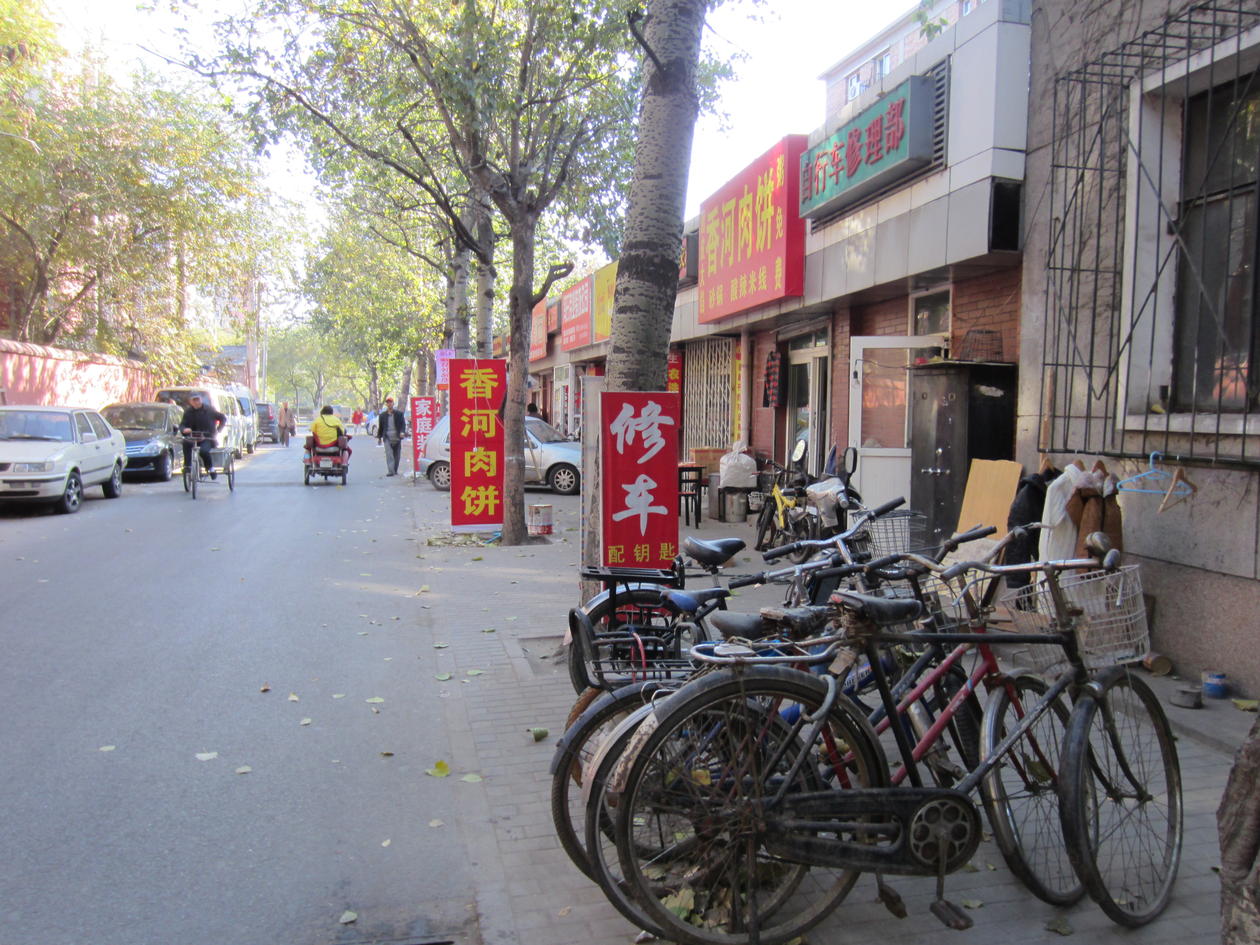