Humans have always had an impact on ecosystems and biodiversity and over the past few decades, human influences have increased exponentially. "Re-Sample" looks at four specific human-related driving forces of ecosystem change that are identified as major threats to biodiversity today or are predicted to become major threats in the near future: (1) habitat change, (2) climate change, (3) pollution, and (4) invasive species. The project focuses on terrestrial vegetation in mires and arctic-alpine areas, which are important habitats in high northern latitudes.

The project aims to identify the relative importance of the drivers most relevant for vegetation changes in Northern Europe. We specifically ask:

1. Has vegetation composition changed more than should be expected by chance (i.e. due to natural dynamics under relatively constant environmental conditions)?

2. If there is significant evidence for non-random changes, to what extent can these be explained by environmental factors, and can these factors be related to ecosystem drivers?

3. Do the important drivers for vegetation change differ between habitats or between regions?

4. By comparing areas with different influences of specific drivers, will these differences result in changes in species composition and diversity, and do they confirm the results found by the temporal comparison?

There is a long tradition in Scandinavia to describe vegetation for different purposes (e.g. evaluating an area for grazing or forestry) using small vegetation quadrats (typically 1 x 1 m) and recording all species that are found in these quadrats. Such studies have been conducted in different habitats, such as mires and arctic-alpine areas.

The project uses historical phytosociological datasets, usually 50 to 100 years old, to study changes in vegetation and environments through time. We collect modern vegetational data to be compare with historical data, by resurveying vegetation from the same sites and applying the same sampling methods as used in the original studies.

In 2008, we repeated Rolf Nordhagen’s 1932 study of the alpine flora of Sikkilsdalen in central Norway. We observed a general upward trend of species along the altitudinal gradient over the past 86 years. We also found species-specific downward shifts and range contractions, indicating that different drivers are active at the upper and lower species distributional ranges (see: Where have all the flowers gone?). The same trend is indicated by our resurvey of Emil Hadac’s plots on West Spitsbergen (Svalbard) after 80 years, where a higher species number than in the former survey was found on all re-visited mountain summits.

The re-sampling 54 years later of Nils Malmer’s Åkhult mire study area (southern Sweden) found dwarf shrubs have increased in frequency whereas typical mire species have decreased or disappeared from the site. A drier mire surface and increased nutrient availability due to recent climate warming were found to be drivers of most of the observed changes (see: Mire vegetation on the run).

In 2010, we re-sampled two study sites on the arctic island of Jan Mayen: Johannes Lids’ study from 1930 and Risto Virtanen and colleagues’ study from 1991. We found that the dwarf shrub Salix herbacea and several graminoids have increased over both 19 and 80 years, whereas snowbed species have decreased (e.g. Saxifraga spp.). Only one species was found new to the island in 2010 (Botrychium lunaria). Lengthening of the growing season and changes in soil moisture and nutrient availability due to recent climate warming may explain most of the observed changes (see: Fire, ice and climate change- major changes in slow arctic vegetation).

First results of a meta-analysis on vegetation dynamics in Northern Europe over the past century show no consistent changes in species co-occurrences in the different regions and habitats examined. Species are found to change their companion species individualistically. This might indicate that broad-scale vegetation compositional changes may not be predictable and are habitat and region specific.

The project is funded by the Norwegian Research council (NFR). Some field work was supported by the Svalbard Science Forum (SSF) field grant 2009 and 2010. 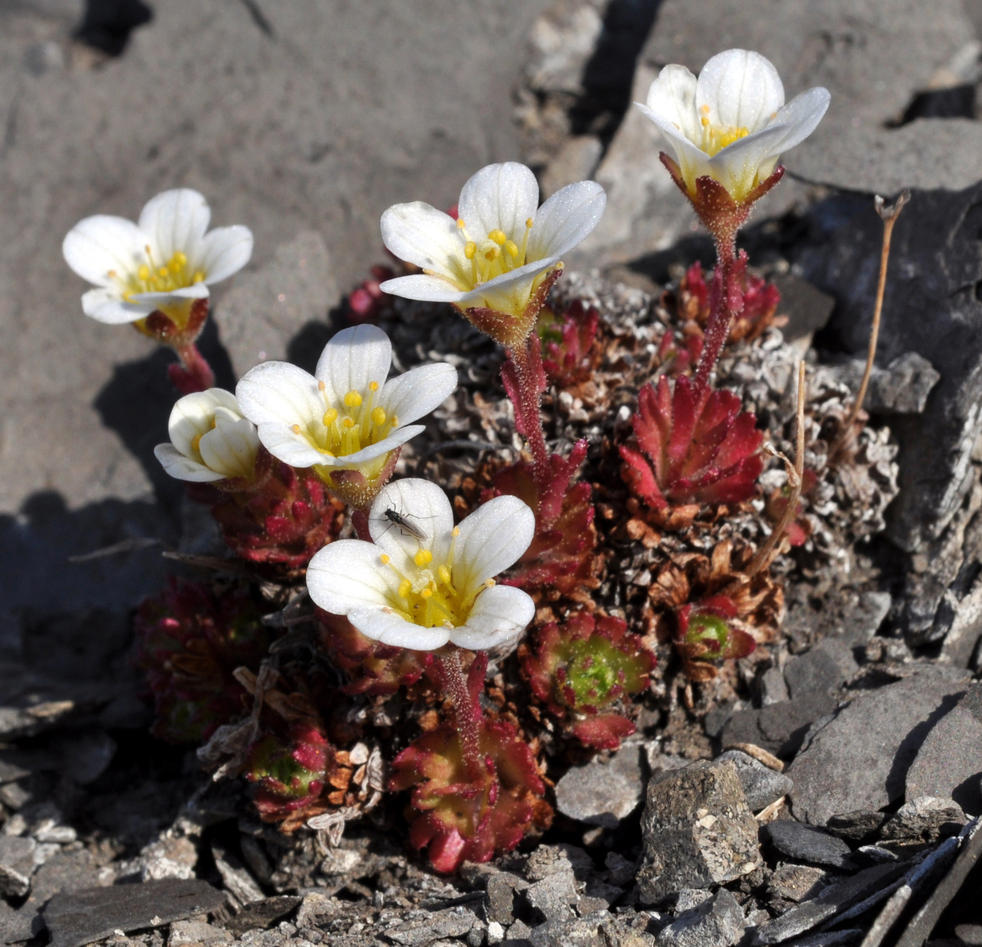