The problem with evidence-based practice in psychology

Associate professor at the University of Bergen, Henrik Berg, criticizes evidence-based practice in psychology in a new book.

"My main motivation for writing the book was to communicate parts of my PhD thesis to a larger audience," says Berg.
Photo:
Fagbokforlaget

Evidens og etikk: Hva er problemet med evidensbasert praksis i psykologi? was published this summer by Fagbokforlaget and expands on the themes he explored as a PhD candidate at the Centre for the Study of the Sciences and the Humanities (SVT), where he is now associate professor. Berg also summarizes the message of his book in an opinion piece at Psykologisk.no.

According to Berg, his main motivation for the book was to communicate parts of his PhD thesis to a larger audience. The book also contains some additional material; especially on the background of evidence-based practice in psychology.

A work based on the theory of science

"Evidence-based practice in psychology was adopted when I was about halfway through my psychology studies. This led many of us into an academic crisis, but we were perhaps not quite able to justify our skeptical view in a good way," says Berg.

In addition to his work at SVT, he also has experience as a clinical psychologist. "The problems I uncovered in my thesis first showed up in my academic work," according to Berg, "but parts of the motivation and intuitions probably come from my experiences as a clinician."

"Still, the work is based on the theory of science, and the most important analytical resource is philosophy."

In his opinion piece at Psykologisk.no, Berg claims that there is alarmingly little criticism of evidence-based psychology, which is something he addresses in his book.

"In my view, the field of psychotherapy is fairly divided. On the one hand, there are those who yearned for a policy statement like evidence-based practice in psychology. According to this group, practice should more or less be informed directly by science. On the other hand, there is a group of people who think that such a policy statement is an obvious misstep. They emphasize the fact that the practice is too complex and that the quality of the science is often too low or has too little relevancy."

Berg’s hypothesis is that the two groups seldomly talk to each other, and that the few discussions they have had are characterized by strawman arguments and at times an unwillingness to understand each other.

"That said, it worries me that so many seem to have accepted a policy statement as weak as this. It should have been criticized much more thoroughly and far earlier."

The direction of the therapy the most important

According to Berg, it is appropriate to have a regulatory principle for psychologists’ work, but it must start from the distinctiveness of psychotherapy; something evidence-based practice does not do. He argues for a policy statement that is consistent in its terms and takes seriously the need for inclusion of a variety of factors.

"One has to start by defining psychotherapy as an ethical struggle towards a better life for the patient. Scientific evidence can be very useful in that respect, but it can never be the most important part – that will always be the direction of the therapy."

A warning against utilitarian thinking in combination with technology

In his book, Berg warns against the utilitarian thinking that evidence-based practice is modelled on and claims that this type of thinking can lead to horrible consequences; especially if combined with technology.

"Certain versions of utilitarian thinking have no limits for the means that can be employed to achieve more net happiness. Technology can often be seductive, so that we forget to discuss potential dangers."

Berg refers to two highly topical examples of this type of technology:

"One example is genome editing. We know little about the biological and political consequences of this type of therapy. We can also envision technologies that offer almost limitless surveillance; much more extreme than anything we have seen so far."

Hopes to create debate and changes in attitude

Berg hopes that his book will create debate.

"The proponents of evidence-based psychology have tended to avoid rocking the boat, which is a bit strange if they have reasons to believe that evidence-based practice is the best principle. Skeptics like me want to hear their arguments."

He also thinks that his book can contribute to changes in attitude towards evidence-based practice among Norwegian psychologists.

"There is a crisis in mental health care. Evidence-based practice in psychology and the goal-oriented thinking it represents must take its part of the blame. In my experience, young people in particular are excited about the message of my book. This is great news, since they are the ones who will manage the field of psychology in the years ahead."

A book release is planned at Litteraturhuset i Bergen 28 October.

The statement is a translated version of "Policy Statement on Evidence Based Practice in Psychology," approved by the American Psychological Association (APA) in 2005.

In the Journal of the Norwegian Psychological Association, EBPP is defined like this (translated from Norwegian): "Evidence-based psychological practice (EBPP) constitutes an integration of the best available research with clinical expertise seen in the context of the patient’s characteristics, cultural background and wishes.”

Henrik Berg was born in Stavanger in 1983, and studied to become a clinical psychologist (cand.psychol.) and a philosopher (m.phil) at the University of Bergen. He is at present an associate professor at the Centre for the Study of the Sciences and the Humanities, where he also wrote his PhD.

Berg is also a researcher at the Centre for Sustainable Healthcare Education at the University of Oslo, which is a Norwegian Centre for Excellence in Education.

In addition, he is practising as a clinical psychologist in Bergen. 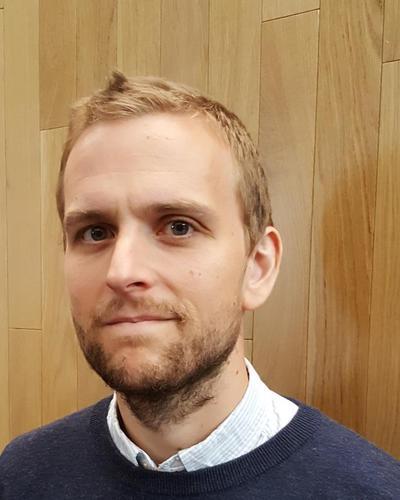 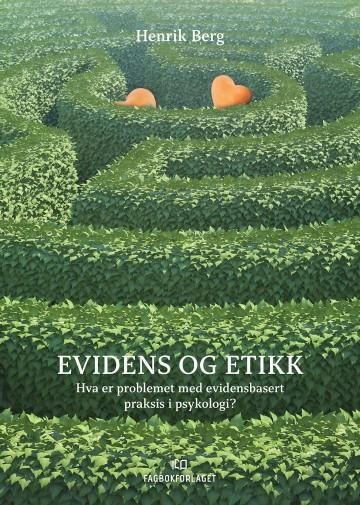 Berg's book was published by Fagbokforlaget in the summer of 2020.
Photo:
Fagbokforlaget
Tilknyttede personer 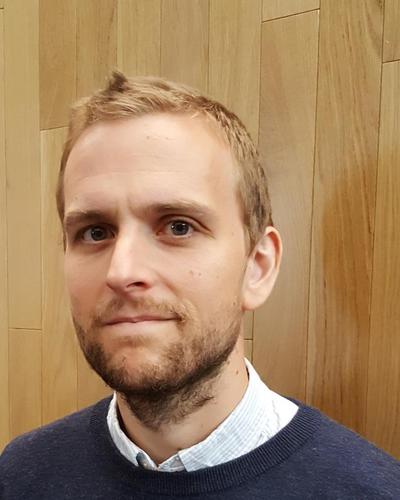 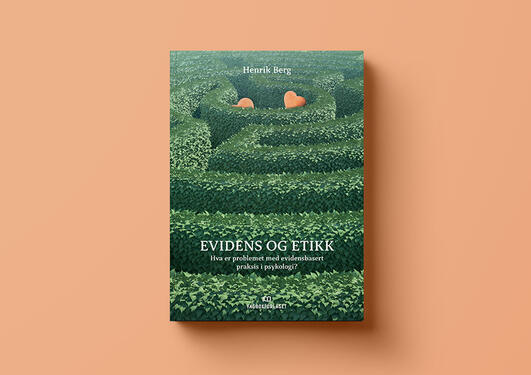 The Centre for the Study of the Sciences and the Humanities (SVT) at the University of Bergen welcomes you to a book release at Litteraturhuset for Henrik Bergs new book.