A new addition to the toolbox for saving newborns

CIH researchers Susanna Myrnerts Höök, Nicolas Pejovic and Thorkild Tylleskär have conducted a large, randomized trial to test re-purposing a tool for neonatal resuscitation. The tool, the laryngeal mask airway (LMA) is relatively easy to use, which is an important factor in low resource settings.

The CIH researchers conducted the study with a team of international partners at the Mulago National Referral Hospital in Kampala, Uganda. A link to the trial protocol, and more information can be found in the Fact Box to the right.

Being born is not easy

Child mortality has been reduced globally over the last 25 years thanks to efforts grounded in MDG 4A and SDG 3.2. However, neonatal mortality has not kept pace with this positive trend. Nearly 1 million newborns, most in low-resource countries, will have died at birth in 2020 because they did not start breathing. Birth asphyxia – not breathing at birth – is the third leading cause of neonatal death in the world. In addition, many more newborns may go on to develop brain damage because of the breathing problems they experience shortly after birth. Read more about the first minutes of a neonate’s life in a CIH web article about Susanna Myrnert Höök’s PhD project.

As most newborn deaths today occur in resource-limited settings, Höök, Pejovic, Tylleskär and their colleagues undertook a study to test the usability of a potential alternative resuscitation tool, suitable for use in these settings.

Currently, face-mask ventilation is the most common resuscitation method – the standard of care – for birth asphyxia. However, it is a difficult task and depends on sealing the mask to the face of the newborn to ensure that air does not escape. It can thus be sub-optimal option for many low-resource health facilities with fewer trained health workers.

LMA is a short tube that acts as an airway. It is currently commonly used by anaesthesiologists during surgical procedures but has not previously been used by midwives resuscitating newborns. Results from previous studies have indicated that neonatal resuscitation can be safely performed with LMA. Their use has the advantage of reducing the need for invasive intubation, which is sometimes needed when face-mask ventilation is not successful. In addition, LMA is compact, low cost and relatively easy to learn to use. Read more about a project involving LMA training in a CIH web article about Nicolas Pejovic’s PhD work.

The researchers in this study hypothesized that using LMA in low-resource settings would improve survival in newborns. They therefore conducted this large, randomised trial comparing LMA with standard face-mask ventilation in a hospital in Uganda, the Mulago National Referral Hospital in Kampala, where there are around 25 000 births annually. It was the first study of its kind and involved the resuscitation of over 1100 newborns.

Neonates who had breathing difficulties (needed positive pressure ventilation) at birth were divided into two groups. One received the standard face-mask ventilation, the other, LMA. The results showed that LMA could safely be used by midwifes but no difference in survival rates between the two groups – both treatments were equally effective. However, if after 3 minutes the newborn did not begin to breathe on one of the treatments, the midwives were instructed to try resuscitation with the other treatment. Here the results showed that there were a larger number of newborns first resuscitated with face masks and then rescued with the laryngeal masks than the other way around.

While not demonstrating better efficacy in the hospital setting, the LMA was shown to be equally effective to the standard face-mask ventilation treatment, and, with its ease of use, it will be a valuable addition to the midwifery toolkit, particularly in low-resource countries.

Pictured below - Tylleskär, Höök and Pejovic.

Article published in the New England Journal of Medicine

"A Randomized Trial of Laryngeal Mask Airway in Neonatal Resuscitation" 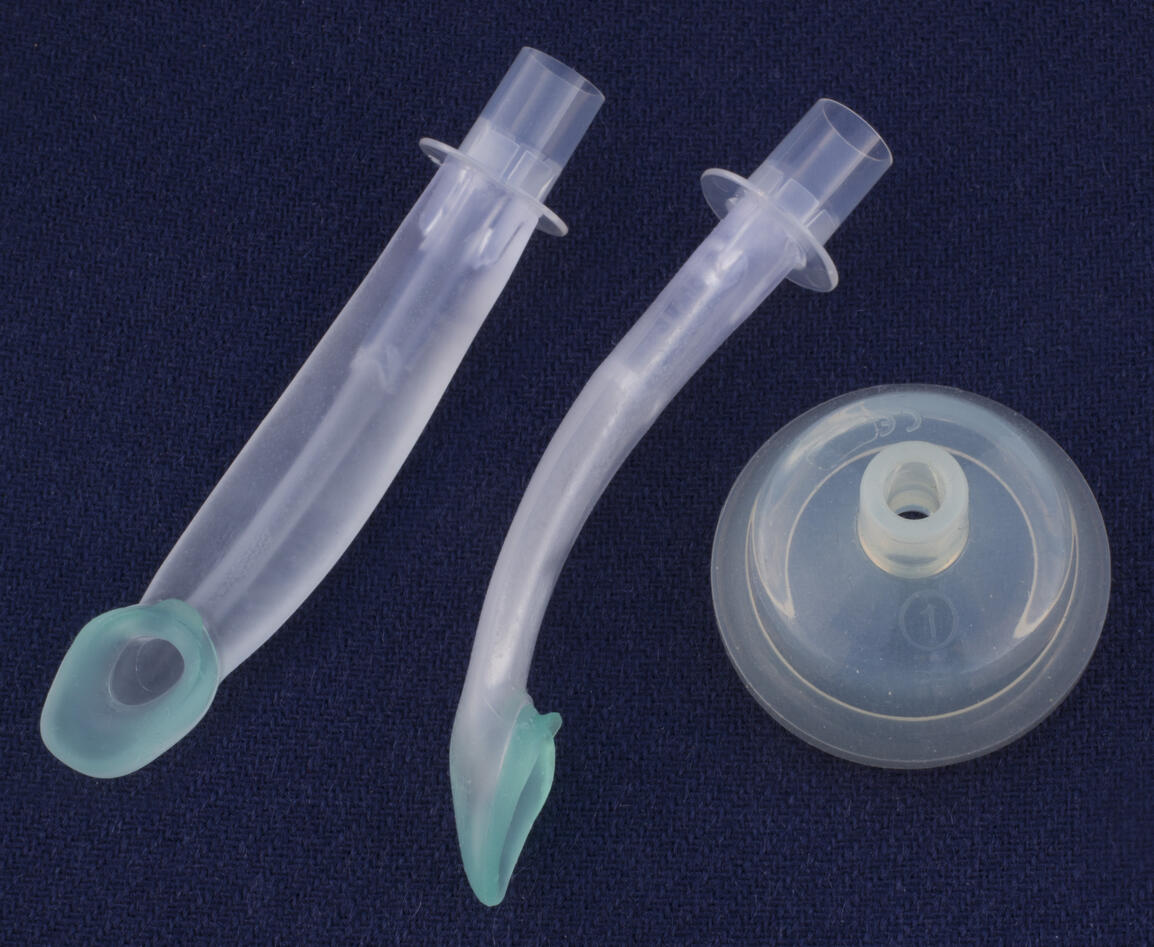 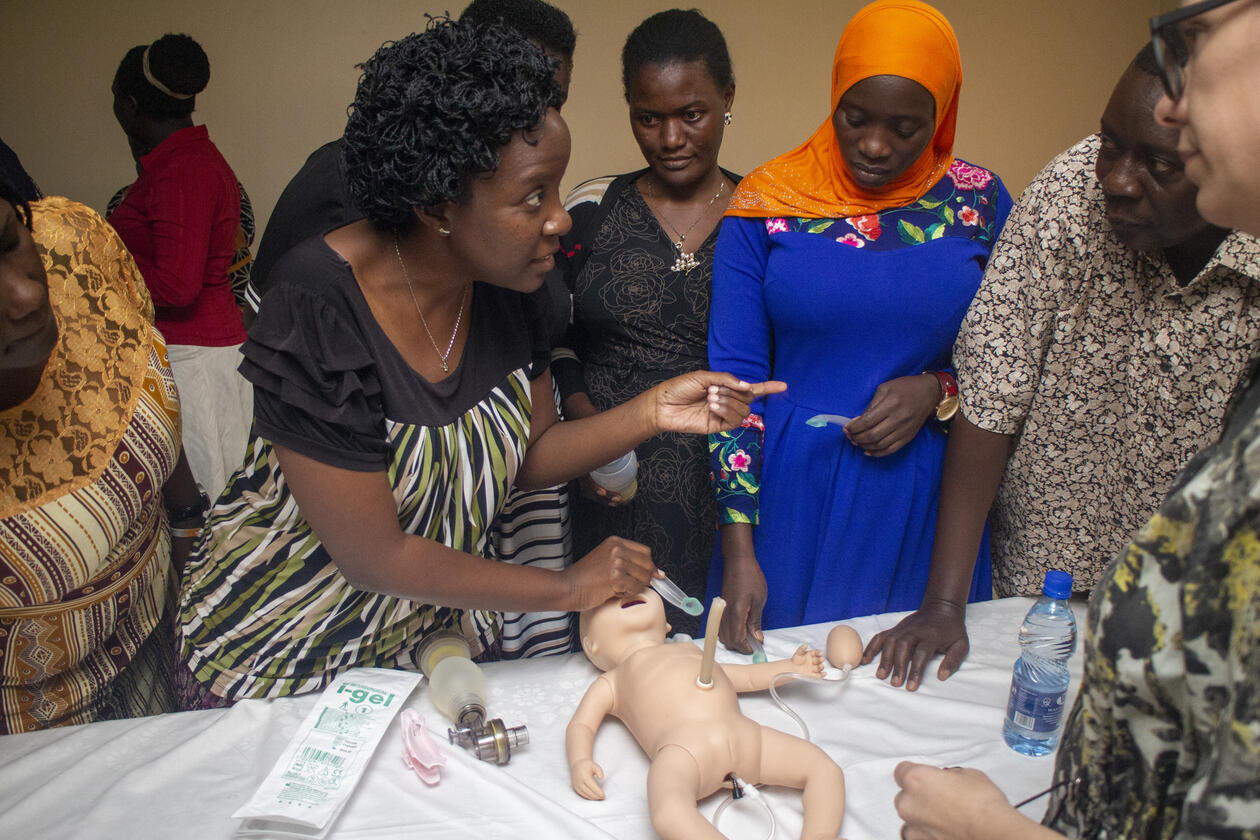 Over 200 midwives were trained to use the new tool.
Photo:
Thorkild Tylleskär