In memory of professor Michael Talbot

Mike had a varied research interest that was focused on limnogeology, modern and ancient rift sedimentation, as well as carbonate sedimentology and diagenesis. His recent research effort was concentrated on the large lakes of East Africa, with field work and coring on Lakes Victoria, Edward, George, Malawi, Bogoria and Baringo. This work was a contribution to the International Decade for the EastAfricanLakes (IDEAL) project. He was also involved in the multidisciplinary NORPEC (Norwegian Palaeoenvironments and Climates as Reconstructed from Lake Sediments) project.

Mike started his professional career as a carbonate sedimentologist, and during the last 10 years much of his research was again focused on these fascinating deposits. This research included sedimentological and diagenetic studies of collapse breccias associated with the Late Palaeozoic carbonates and evaporites in central Spitsbergen, reservoir characterization of Lower Cretaceous karstic platform deposits and Upper Cretaceous slope deposits in Gargano (Italy), sequence-stratigraphic studies of mixed carbonate-siliciclastic deposits of Miocene age in Spain,  and sedimentological studies of Miocene temperate-water carbonates, also in Spain.

Mike was a Bureau Member, International Association of Sedimentologists 1990 – 1998, Editor-in-Chief, Sedimentology, 1990 – 1994, co-founder and executive Committee Member, IDEAL Project, co-ordinator, EURO-IDEAL, a EU-funded network of European scientists associated with the IDEAL project, and European representative on Lake Drilling Panel, Science Advisory Group of the International Continental Scientific Drilling Program (ICD), Vice-President, International Association of Limnogeologists (2002 – 2007), Associate Editor, Journal of Palaeolimnology (2003 – 2009), and member of the Editorial board of Palaeogeography, Palaeoclimatology, Palaeoecology (2003 – 2009). Since 2003 and to his death he was the scientific project manager of the Carbonate Research Group (www.carbonateresearchgroup).

Mike was a devoted teacher and supervisor. He had extensive teaching experience at all levels from introductory undergraduate to postgraduate. He also held specialist graduate-level courses for industry and other institutions. He was an adviser to 60 M.Sc. and 14 Ph.D. students.

Mike was an author of over 100 papers in refereed journals, books and special publications. In 2007 he received the W.H. Bradley medal for “his stellar research career as well as his dedicated services to the Limnogeology community.”

Mike will be remembered as an outstanding scientist, teacher and supervisor with a friendly, generous, and diplomatic character. He will be sorely missed. 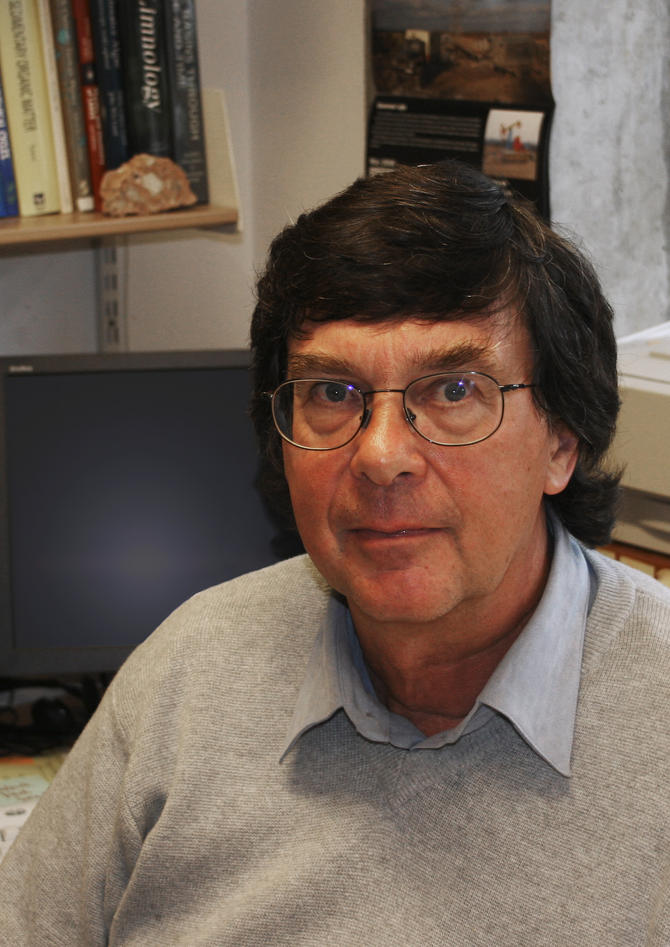