The northernmost introductions of this Southern Hemisphere tree are found in Norway.

In the western part of Villastrøk you might encounter a striking evergreen conifer with broad, stiff, and razor-sharp leaves. It is one of the world's most famous living fossils: the monkey puzzle. “Apeskrekk” is the most commonly used name in Bergen, but the species is otherwise also known as kranstre, kransgran and skjellgran. The scientific name is derived from the Spanish conquistador's name for the native Mapuche people (araucanos) and their territories in Chile (Araucania).

The monkey puzzle is found in this area, and its range extends from 600 to 1800 m elevation in the Andes and Nahuélbuta (coastal mountains) between 37º and 40º S in Chile and Argentina.

Monkey puzzles are usually either female or male but only become fertile at 40 - 50 years of age. In Norway, male cones develop from June one year before pollen spread, while female cones form in February-March and are ready for pollination as early as June of that year. The tree thrives in a coastal climate and blooms every year from Stavanger to Kristiansund. Seeds are set annually, and the seeds germinate well. Plants from seeds collected from Norwegian trees are at least as viable as from the species' natural areas.

Araucaria araucana belongs to a family (Araucariaceae) that was widespread in the Jurassic era 199 - 150 million years ago. The tree is called the pehuén by the indigenous peoples Pehuénche or Araucanos. They eat the seeds (pinoñes) - which taste a bit like potatoes - raw, toasted, and boiled, or ground to flour. Araucaria forests are under threat, and old trees have become rare due to unlawful harvesting, extensive livestock grazing and fires. Harvesting is now prohibited, the species is not allowed in international trade (CITES), and it is considered among the world's endangered species (Endangered, IUCN 2013).

The tree was introduced to Europe in 1795 by Archibald Menzies. He received seeds from the governor of Chile in 1793 and sowed them aboard the Discoverer, which brought plants to London. Quantities of seeds were then imported in the 1840s, and the species soon became popular as "The Monkey Puzzle Tree".

In Norway, larger specimens are found along the coast from Kristiansand to Smøla. Most are found in Bergen, where they were first planted here in the 1870s, and became very popular between 1900 and 1920. The largest tree in the country was planted at Lunde rectory in Balestrand in 1873, and last measured (June 1999) the height was 22m and the trunk diameter 94cm.

In the Arboretum at Milde we have two areas planted in 1986, and there is a similar one at the rectory at Tjugum in Balestrand. The seeds were collected in 1972 from trees on Haukelandsveien here in Bergen and in 1979 on the border between Argentina and Chile. We have not observed differences in development between the plants from seeds collected in Norway and in South America. Some of the female trees have begun to set cones, but as of this year (2020) the male trees still have not. This is the furthest north that the species is known to set seed, and we recommend preserving such seeds for the future. Plants can be obtained from some nurseries in Western Norway.

Return to Bergen's plants or The Southern Hemisphere 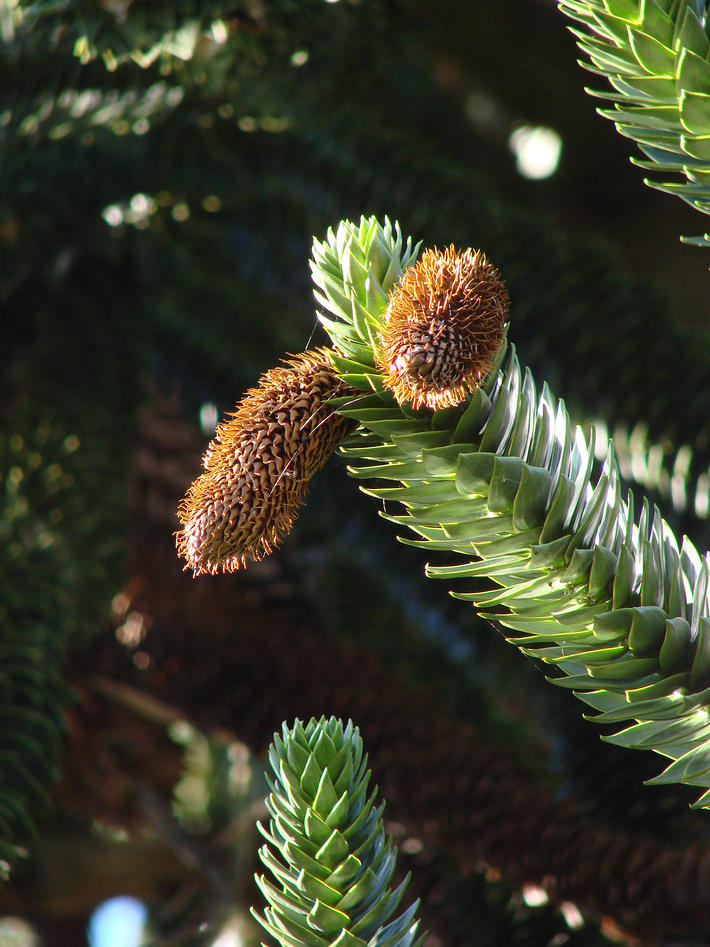 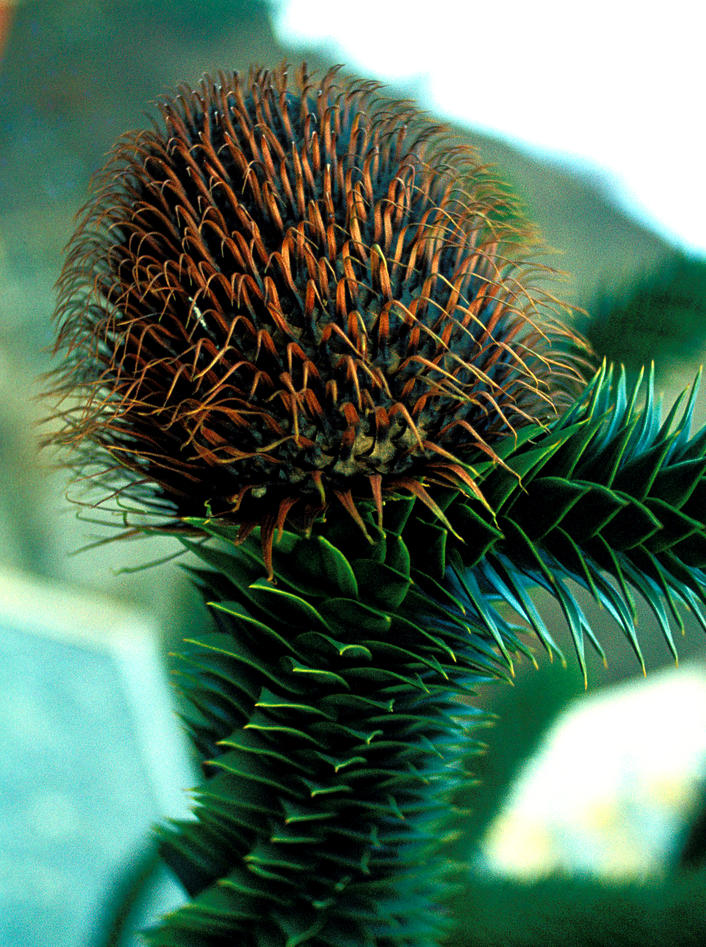 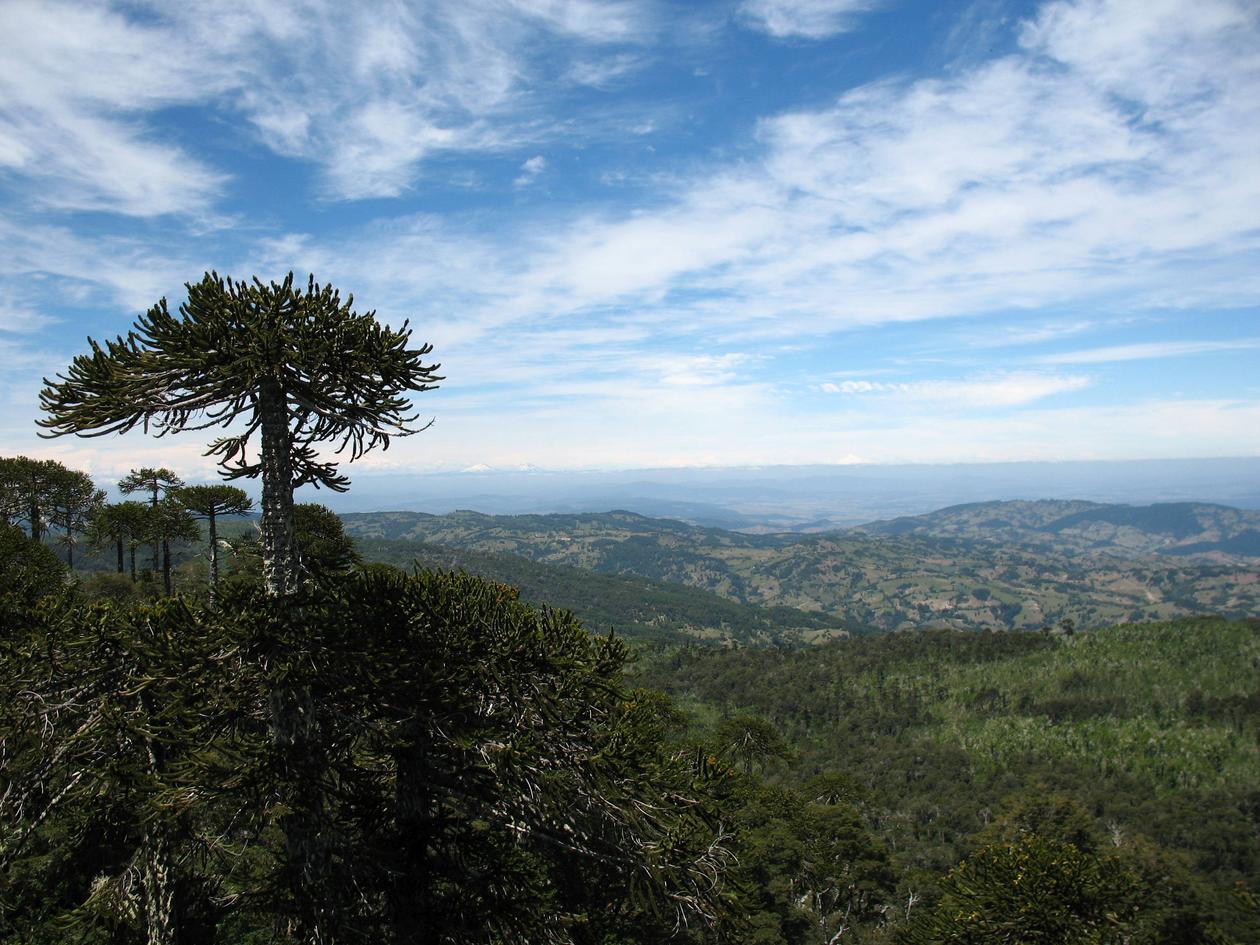