On Thursday 1 October, the City Councilor for Climate, Environment and Urban Development, Thor Haakon Bakke, will reopen Vågelva after an extensive clean-up. Now we welcome sea trout back to Vågelva to spawn.

Vågelva flows from Mildevatnet, through Japanhagen and Bergen Botanical Gardens and further out into Mildevågen. It has been many years since it has been cleaned up in the upper part of the river which is now very overgrown. This leads to problems with the water flow and destroys the natural spawning grounds for sea trout.

- We have been working on this for over three years, but the actual excavation has recently been completed. Now it has become very nice and the result is much better than we have dreamed of. We have even seen fish return during our work. It is absolutely fantastic, says associate professor Heidi Lie Andersen at the University Museum.

In 2018, a study of the Vågeelva was carried out by researchers from the research institute NORCE. They prepared a management plan for the river that will provide better water volume, more meandering, create backwaters with spawning gravel and shelters and ensure the re-establishment of native vegetation along the bank.

The goal of the project is twofold and is a combination of a better sea trout habitat with increased recruitment and to prevent flooding in the Japan Garden. In mid-September, work began on people from NORCE, the Bergen River Forum and the Arboretum and Bergen Botanical Gardens.

- The first thing that was done was to remove plants and organic mass such as sludge and mud with an excavator from the river - a proper clean-up. We were very excited about the sludge suction, but everything has exceeded all expectations, says Andersen.

After the clean-up, stones were placed along the banks of the river to build "natural" spawning grounds and to give the river better water flow, among other things by making low-water gutters. Sludge suction lasted for 2 days and after that it was filled with more stones and river gravel. The last thing that came into place was spawning gravel in relevant places. Now it remains to be seen if the sea trout will return to spawn. According to the experts, this happens every year in the period 2. -9. October.

- Vågelva appeared completely lifeless when we started. Now it is idyllic with lots of life. I have seen lots of eels and researchers from Norce have already seen the trout in Vågelva. It is a completely different situation now, says Andersen.

The project is an exciting collaboration between the environmental protection organization Bergen Elveforum, Bergen Botanical Garden, UiB, NORCE and landowners along Vågeelva.

The academic work is led by Terje Aarsand (Bergen Elveforum) and Christoph Postler (NORCE). Inquiries can be directed to Terje Aarsand on telephone 92097250. 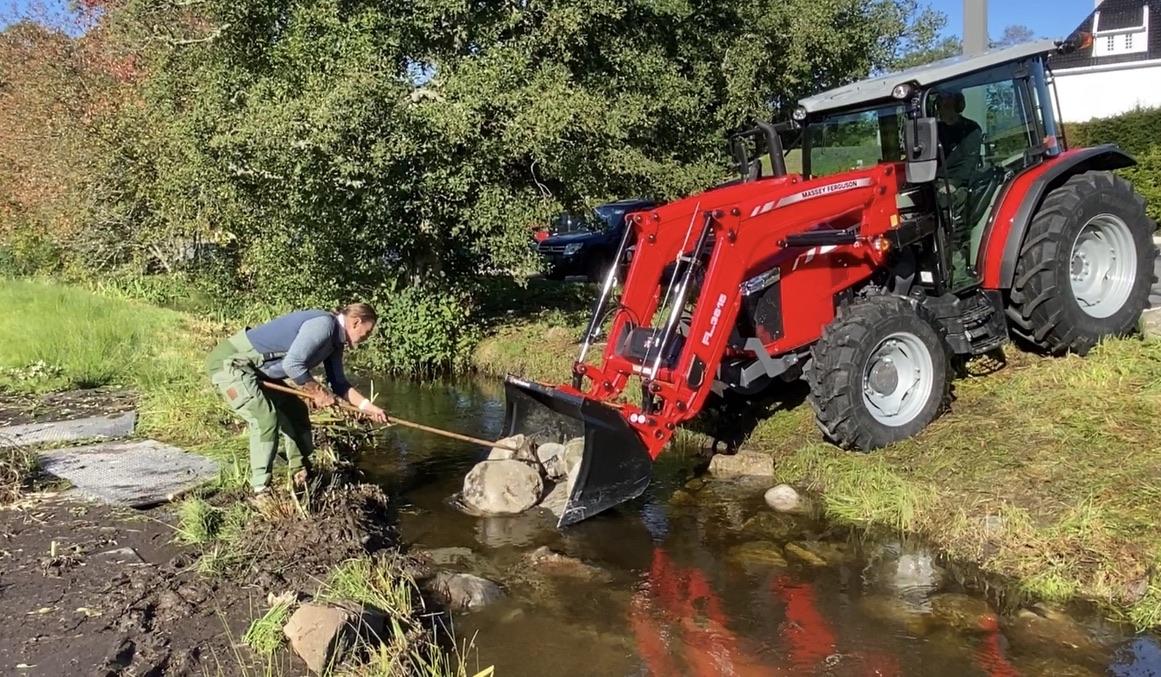