An anniversary book, newly planted Ginkgo, rose platform, and events in glorious weather. The Arboretum can look back on great celebrations of the 50th anniversary.

It has been 50 years since Crown Prince Harald planted the first tree, an oak, "kongeeika" on May 27th, 1971, thus marking the official opening of the Arboretum. In recent weeks, the anniversary has been celebrated with several events. First we had the launch of the anniversary book "Levende museum og botanisk skattkammer" ("Living Museum and Botanical Treasure Trove") which gives a comprehensive account of the history, the plants and the people who worked for the Arboretum.

On Friday 20th August, the Foundation invited a number of guests to dinner at Fana folkehøgskule. The guests were people who have been important in the Arboretum's activities, such as politicians, the state administrator, the municipality, the county municipality and  management at UiB. The event started with planting a tree, Ginkgo biloba, in Naustdalen. The tree was collected as a seed during an expedition to Japan in 2006 at a time when the Japan Garden in the Botanical Garden was under construction. Now, 15 years later, it was given as a gift from the University Gardens to the Foundation of the Arboretum (Stiftelsen).

On Sunday 29th August, we celebrated Arboretum's Day with many visitors in great weather. The day started with the opening of the new rose platform above the Rosarium. The public now has easy access to a beautiful view of the roses and the Fanafjord. Not least, our nearest neighbor Mildeheimen will enjoy using the view and the benches that are located there. One of the residents, Lars Ottar Hjellestad, had the honor of cutting the ribbon during the opening to the festive fanfare of the Midtun Pavillion orchestra.

Arboretum's Day was otherwise celebrated in the traditional way with our many partners and exhibitors present. For the entertainment, we had the pleasure of listening to Paul Sine Haner, Midtun Pavillion Orchestra, Ingeborg Fosse and Strilatøttene. As many times before, Øyvind Offerdal hosted, and he also contributed with folksong.

Also this time we had an activity trail for children. The anniversary book was distributed free of charge to members of the Friends of the Arboretum. Others had the opportunity to buy it. It is gratifying that the book can now be bought in the bookstore and in the shop at the Natural History Museum.

Our thanks go to Bergen municipality, Fana and Ytrebygda cultural office who provided sound systems and sound technicians. 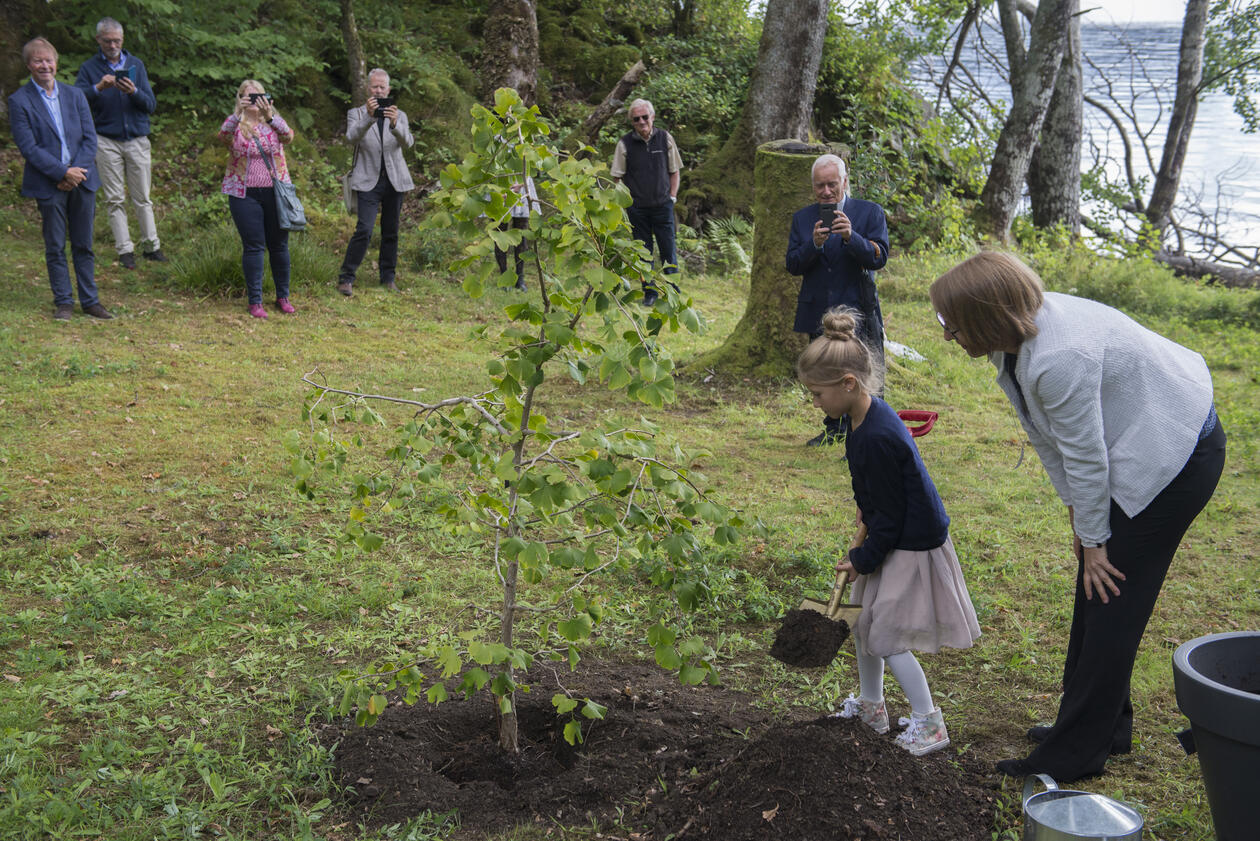 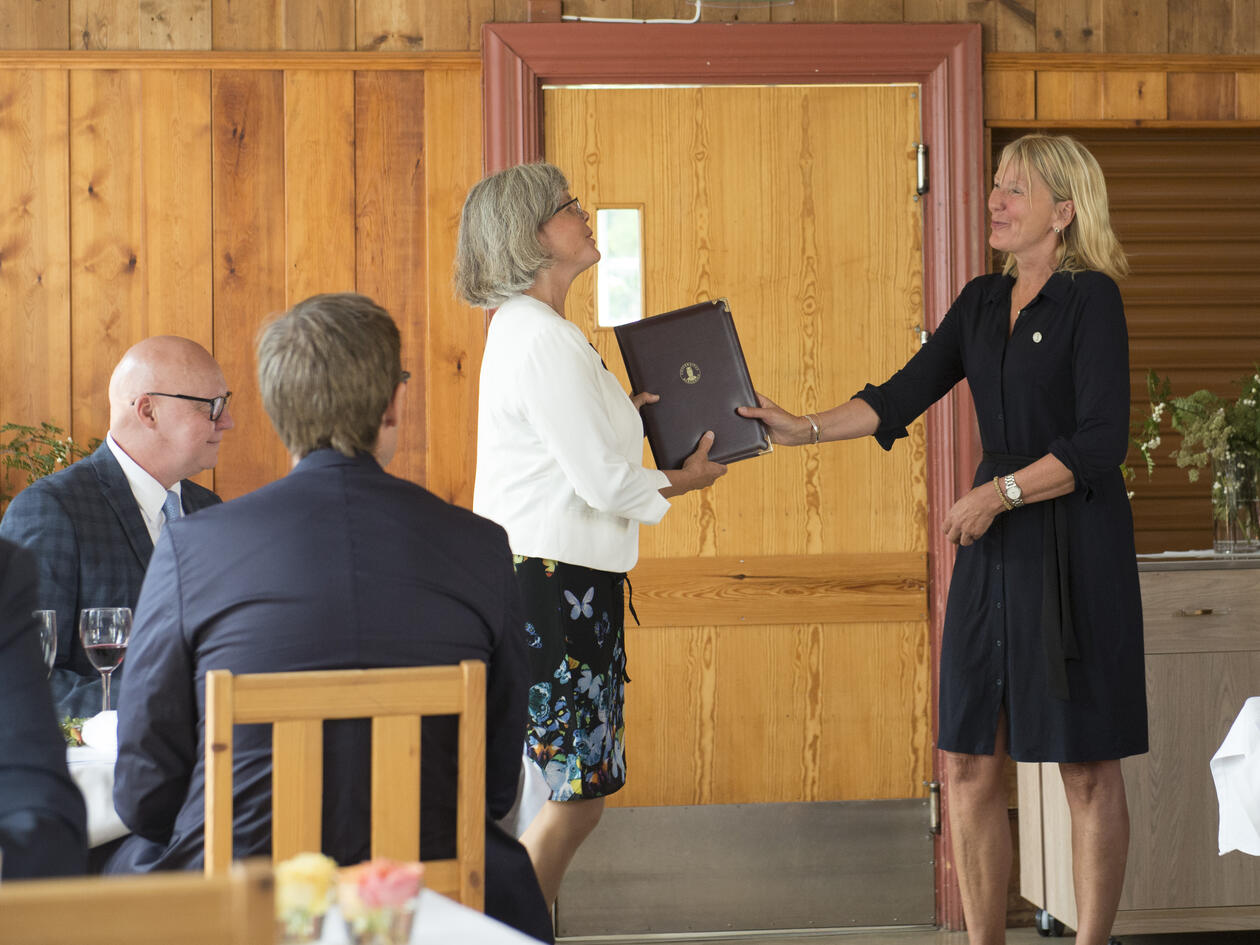 The rector of UiB, Margareth Hagen, presents a gift to the chairman of the board of the Stiftelsen, Elisabeth Lysebo during the dinner. At the table are deputy mayor Rune Bakervik and city councilor Thor Haakon Bakke (facing away).
Photo:
Bjørn Moe 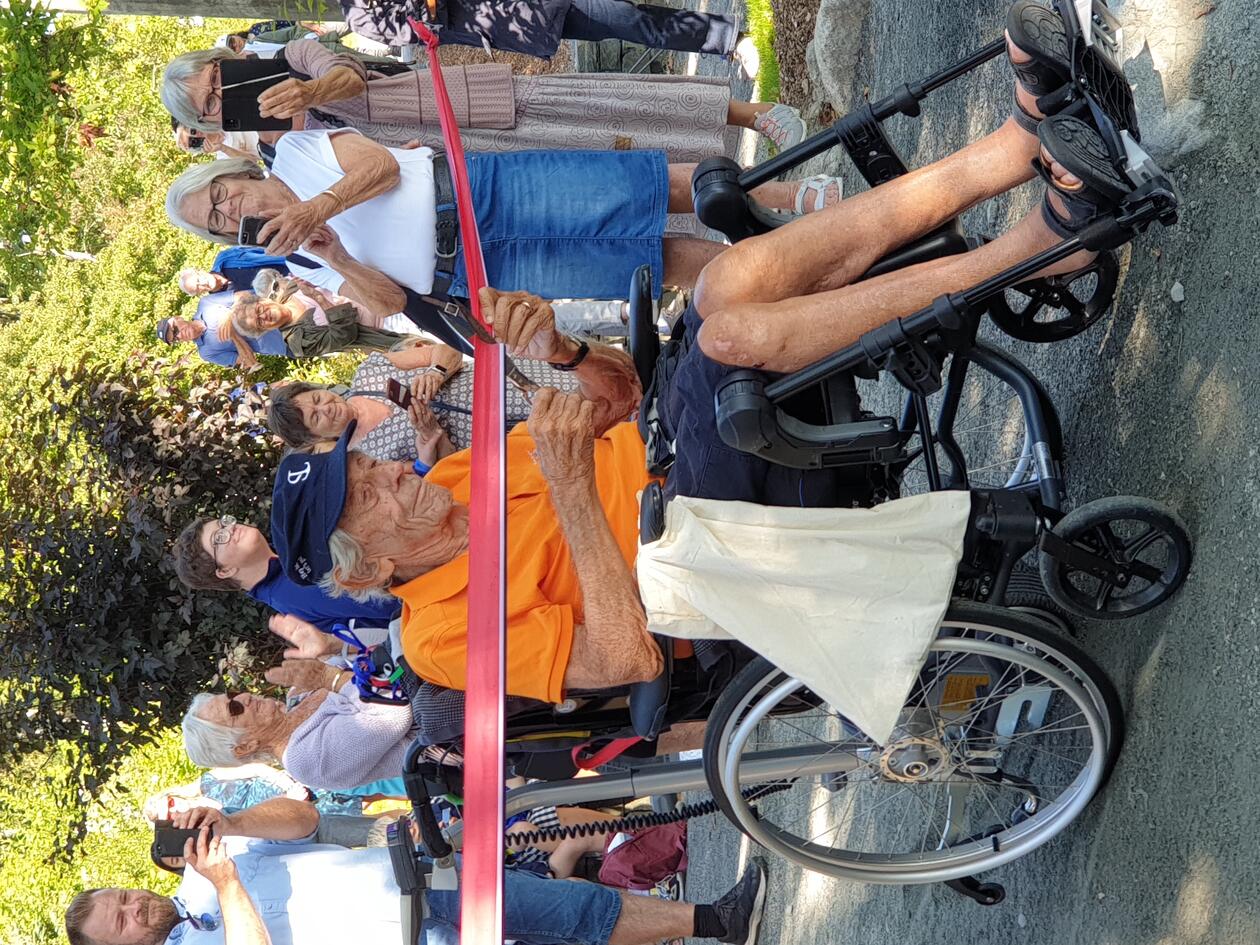 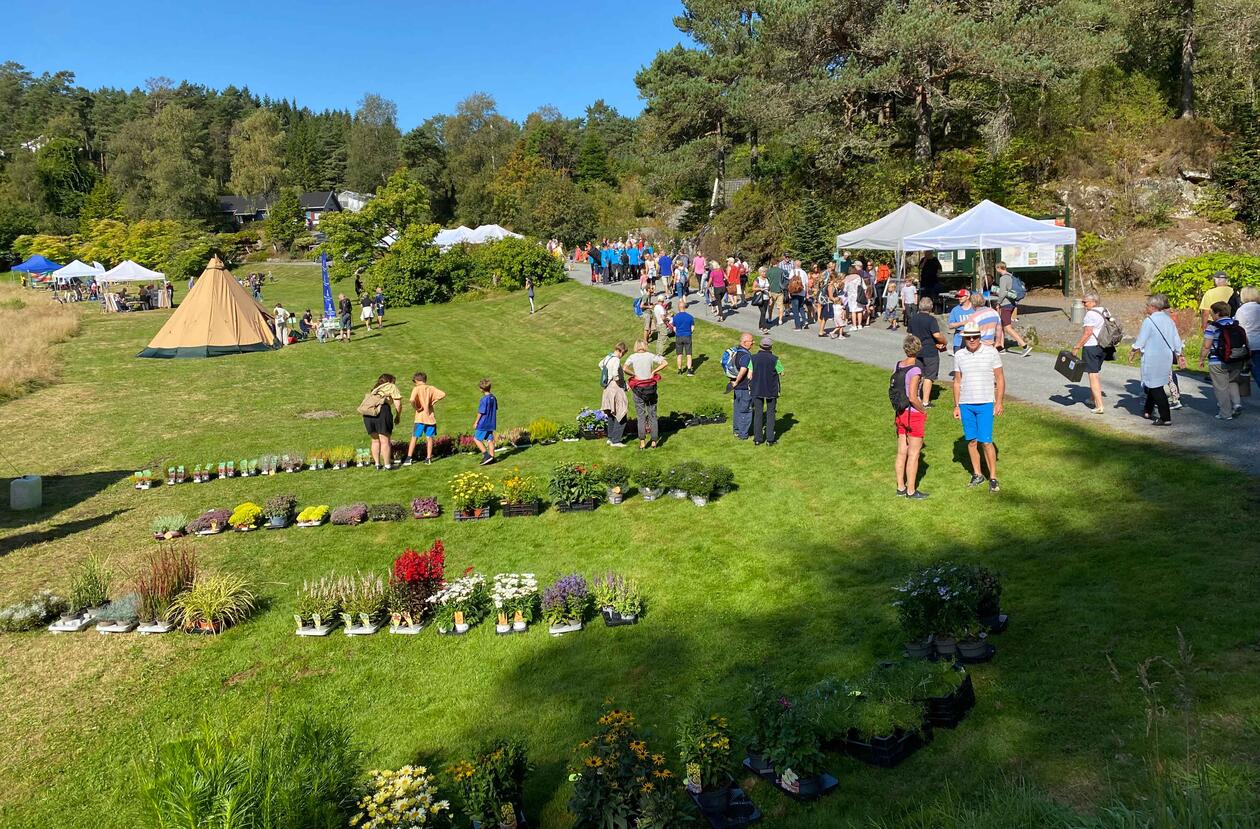 Great weather and a lot of visitors during Arboretum's day.
Photo:
Bjørn Moe