Many alpine plants demand gravel and talus soils where the vegetation cover is open. It is challenging, but essential to mimic their natural habitats if we want to make pioneer plants thrive in the Alpine Garden

At the top of the Alpine Garden in the Botanical Garden at Milde, work has been carried out to expand the collection of alpine plants. The theme for the new area is plants that grow on gravel and shale soils. Several types of shale/slate have been transported from Kvam in Hardanger (green shale) and Voss in Hordaland (blue shale). We are expecting a load of brown shale from Oma in Hardanger. When the shale soil disintegrates, a type of mineral soil is formed that many alpine plants depend on.

Arctic Poppy (Papaver radicatum) has large yellow flowers and is a decorative plant that demands naked gravel soil and thrives particularly well where avalanches occur regularly. Our plants have been collected as seeds in the autumn of 2010 from a population on a large scree field on the north-facing part of the mountain Bleia in Lærdal in Sogn. The advantage of growing in naked scree soil is that the plant is free from competition from other types of vegetation. The Arctic Poppy is rare, and in Southern Norway it is found only in central areas. The population at Bleia has been considered to be of the sub-species P. radicatum ssp. Relictum, which is only found on two mountains in Norway. It has probably been growing on this mountain for thousands of years; maybe since the end of the Ice Age when there were a lot of gravel, naked soil, and favourable conditions for the species. Gradually, as the land was covered by vegetation, the Arctic Poppy and other pioneer plants were outstripped, except on a few scree fields where the mineral soil still remains open. In the Alpine Garden, we grow the Alpine Poppy in green shale gravel from Norheimsund in Hardanger.

The outplanting on the shale rock has not yet been finished. The species that we have planted so far are mainly from North America. The North American alpine flora is very species-rich, and many of the plant families are not found in Norway. There are, however, several well-known families with genera also found here in Norway.

The Giant Red Indian Paintbrush Castilleja miniata is found from the far north in Alaska to the southern parts of California. It thrives in moist ground, and maybe the high precipitation in Bergen is beneficial to it?

The stonecrop Sedum griffithsii has its natural distribution in the southwestern part of the USA. It is a succulent with thick, sausage-shaped leaves that can store water and it is therefore well adapted to growing on dry rocks and naked gravel. It looks a bit like our local stonecrop, but is somewhat larger.

Stachys coccinea (Scarlet Hedgenettle) comes from the southern part of the USA and from Mexico. It belongs to the Mint family (Lamiaceae), and the genus (Stachys) has two species growing in the wild in Norway (Hedge Woundwort and Marsh Woundwort).

The shale rock on top of the Alpine Garden is an exciting area for testing of pioneer species from other parts of the world. We mimic habitats like scree soils and the like, and use different types of shale and slate. We cannot, however, make alterations to the climatic conditions, and we therefore hope to find species that thrive in the capricious West Norwegian climate, where the winter weather is unstable with considerable changes in temperatures and a lot of moisture. 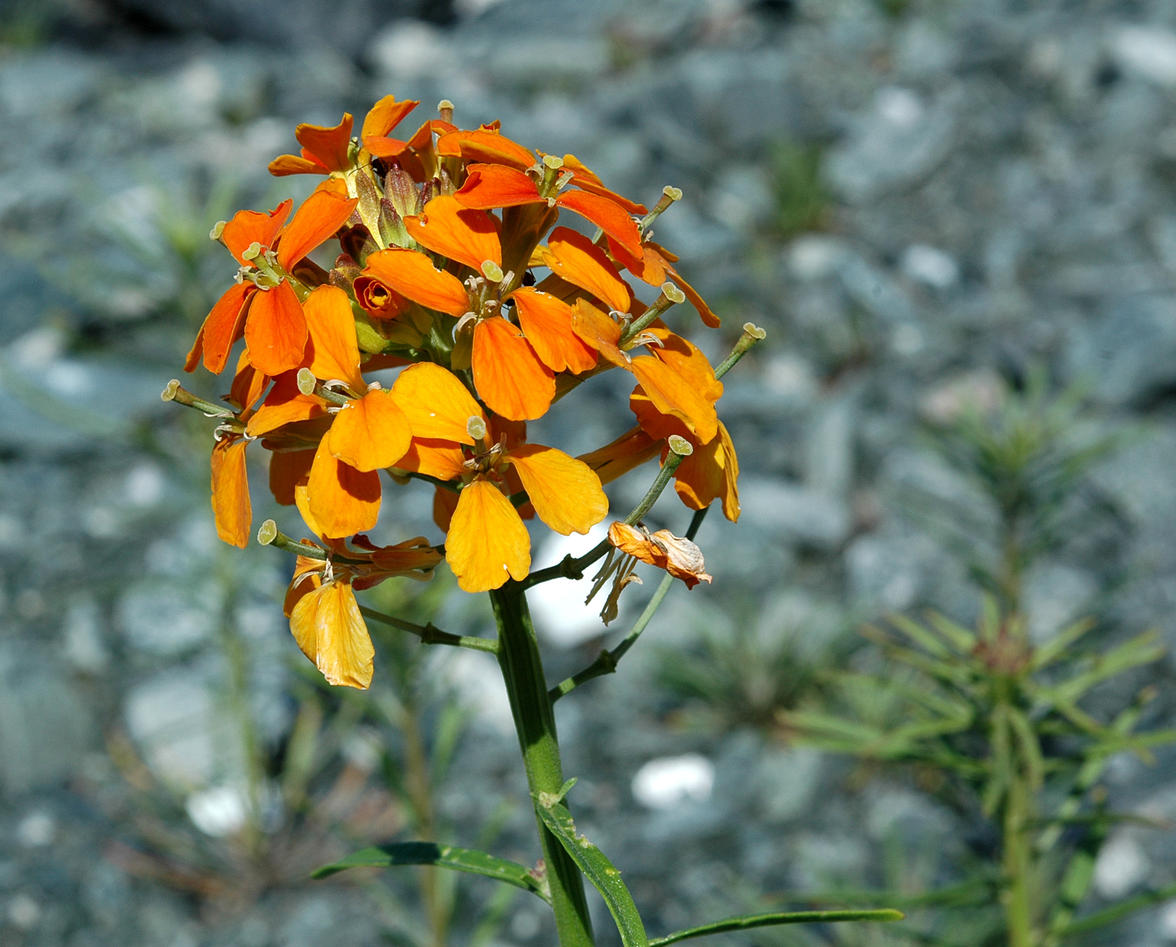 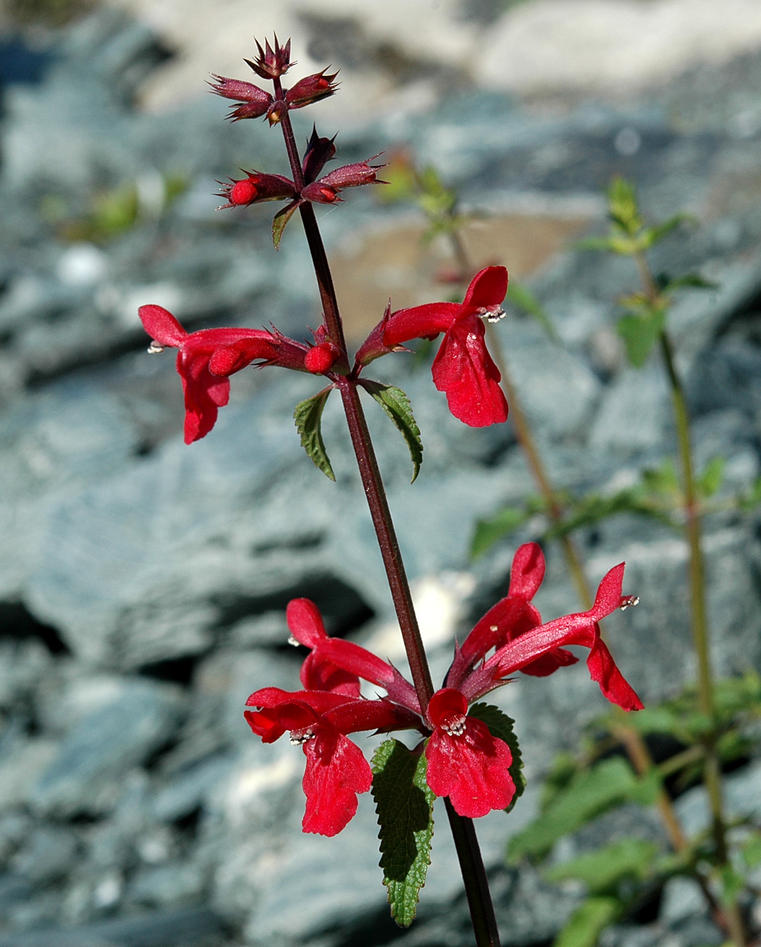 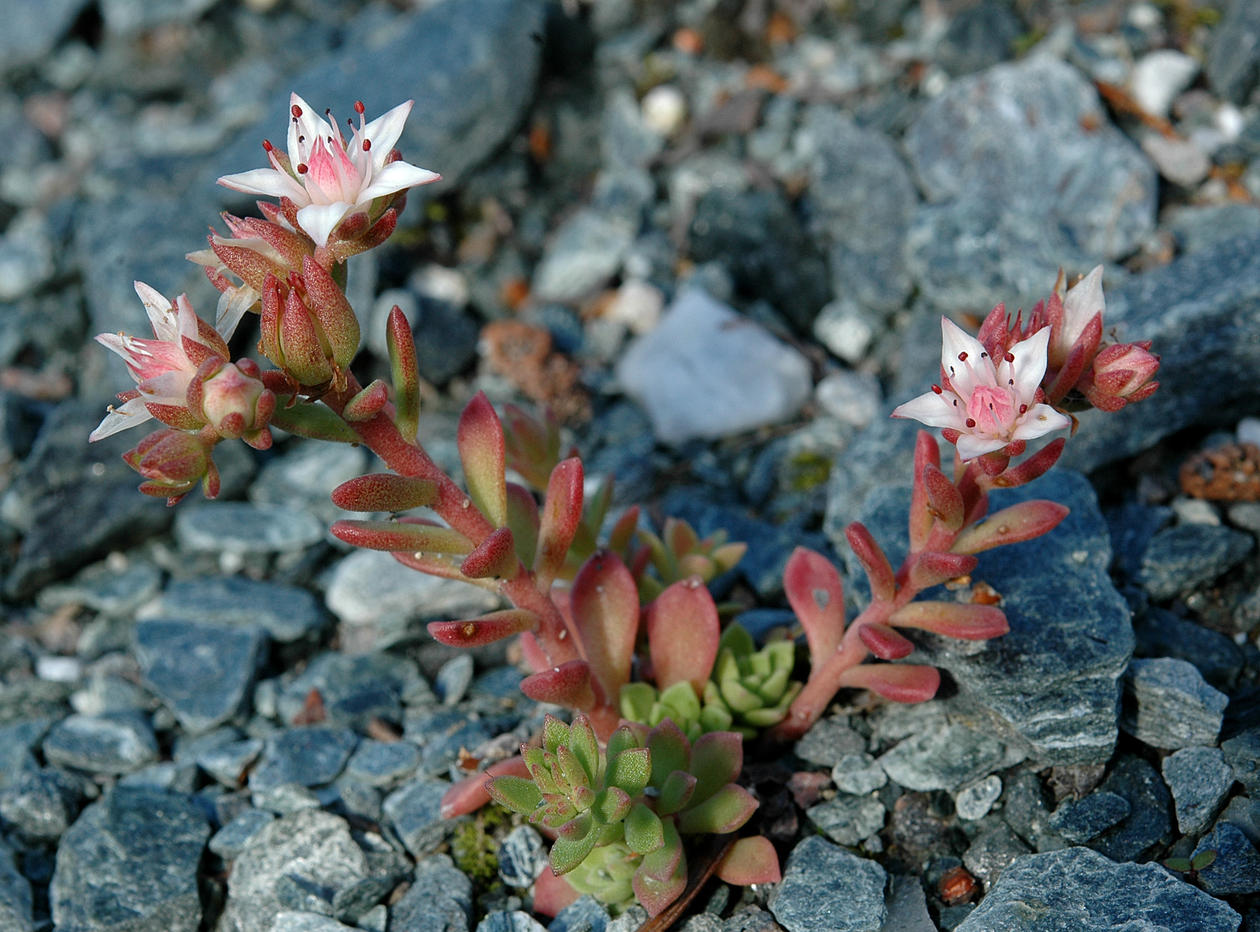 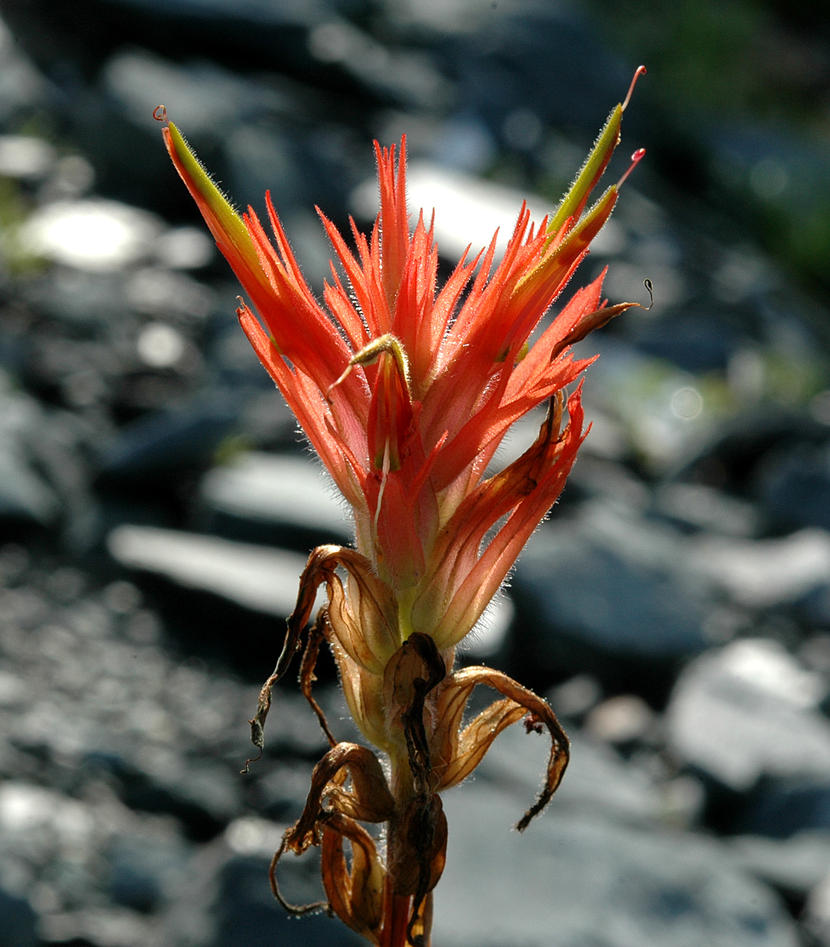