Walks among lanterns in the Japanese Garden

Lanterns are important elements of Japanese gardens and their use originate from an old tradition that came to Japan from China and Korea. This last week, we have organised walking events to take a closer look at each of them.

The weather has been on our side. We’ve had snow; it has been cold and very little wind, so the conditions for burning torches and lighting candles in the lanterns have been favourable. The event on 6 December held in collaboration with Krokusbakken Kindergarten, was a success with a good atmosphere and a lot of people visiting the Tea Pavilion.

The Japanese Garden has a collection of eight stone lanterns; the ninth is sitting at the entrance to the Parking area, outside the garden. When we include this one, we currently have six different types of stone lanterns.

The tradition of using stone lanterns started with the illumination of temple areas and other religious sites, and appeared around the same time as Buddhism in the 600s. On several of the lanterns there are symbols strongly connected to Buddhism, e.g. the Lotus flower and the Deer.

The Kasuga Lantern is a large lantern with a solid column, a so-called Tachi-gata or pedestal lantern. It is very old and initially connected to religious sites. In Japan there are Kasuga-style lanterns from as far back as the 700s, the period when Nara was the capital. We have two Kasuga Lanterns, one placed at the main entrance to the garden and one at the North entrance.

The Misaki Lantern belongs to the Oki-gata group, a lantern type without legs and with the light compartment placed directly on the ground. It is often placed on a bed of pebbles, acting as a beacon shining its light across the garden.

The Yukimi Lantern sits at the creek pass and is a so-called "snow-viewing" lantern. The wide roof is designed to collect snow. The "soft" snow acts as a contrast to the water making sounds and the lantern is therefore often placed at the water’s edge, often with one leg in the water. The Yukimi Lantern that collects snow is suitable to our climatic conditions and in areas of Japan where they have cold winters. The Yukimi Lantern was designed especially for Japanese gardens and is not connected to religious sites. It came into use in the 1600s and is therefore considerably younger than the Kasuga Lantern. 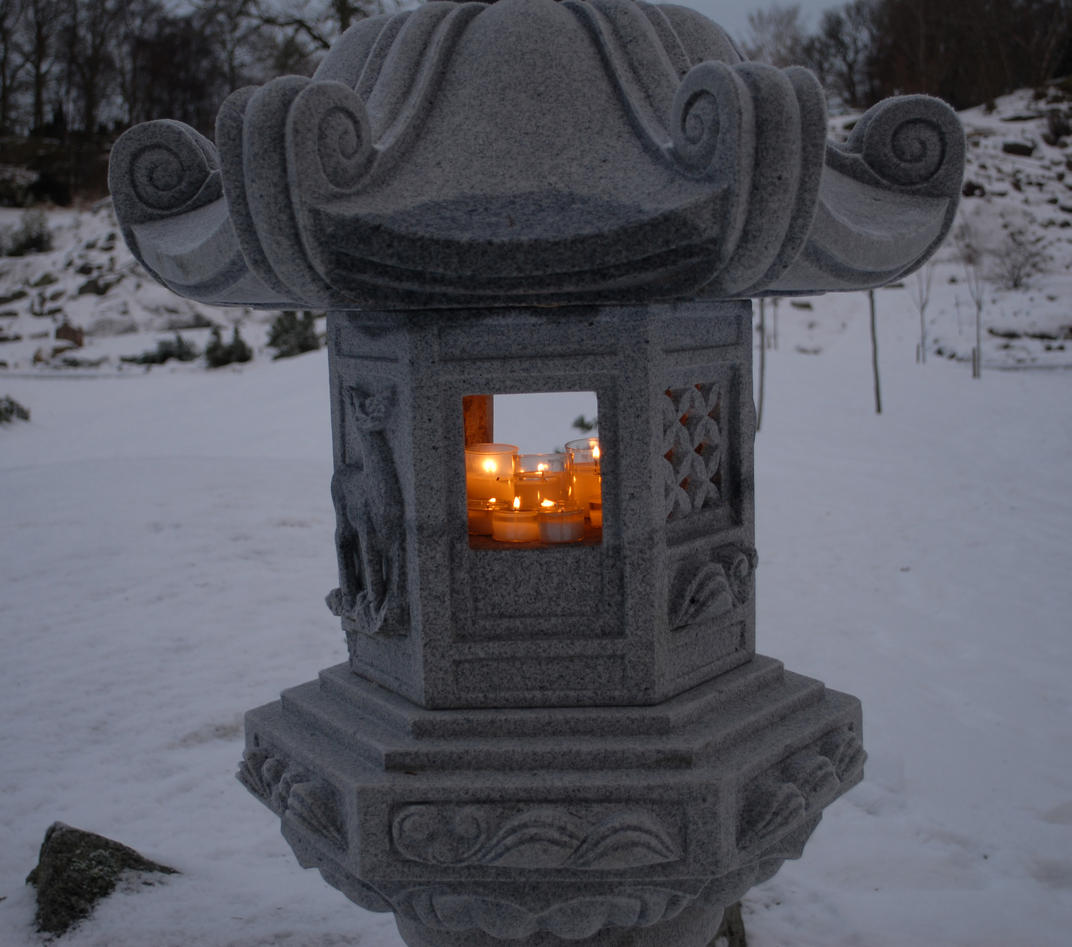 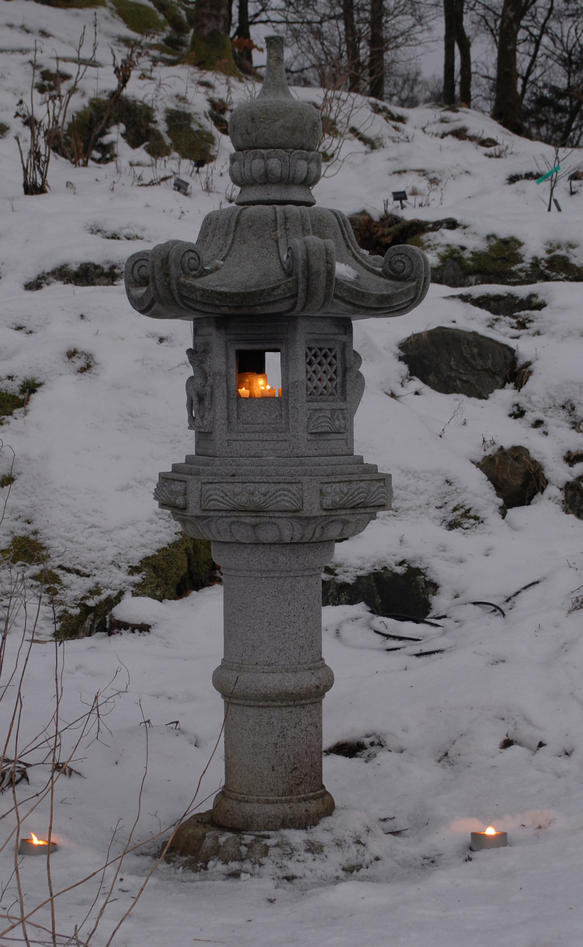 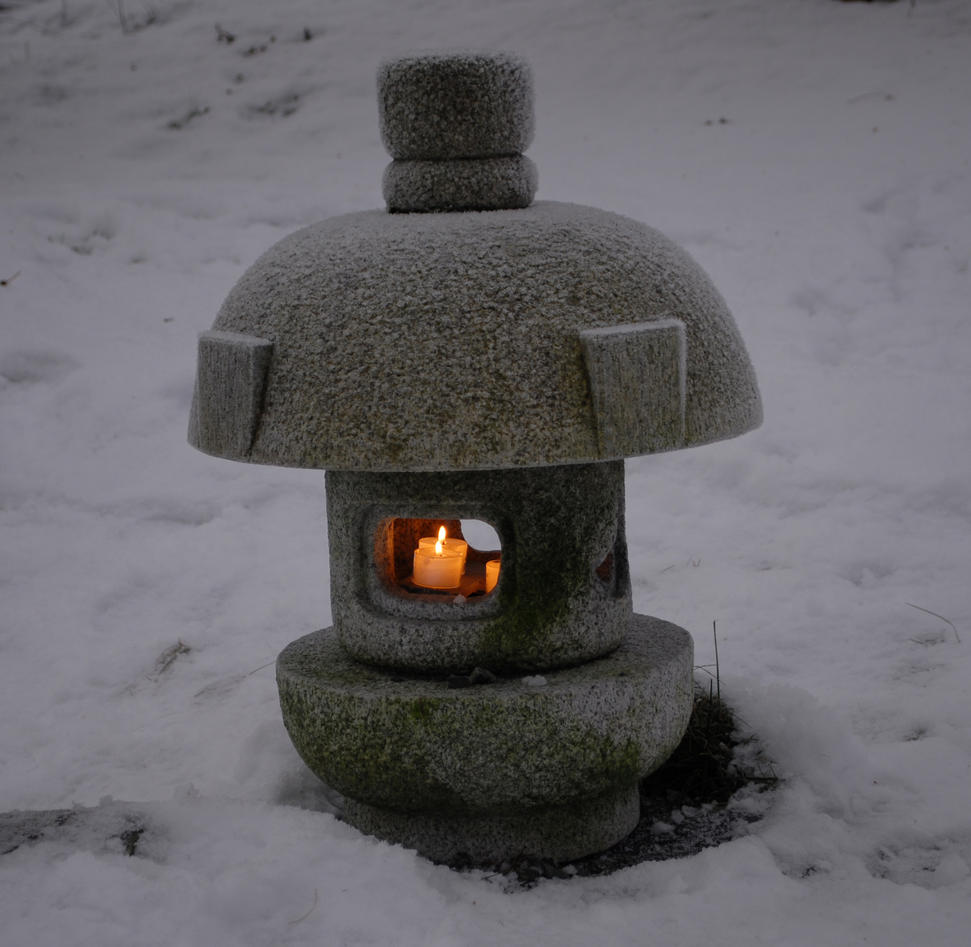 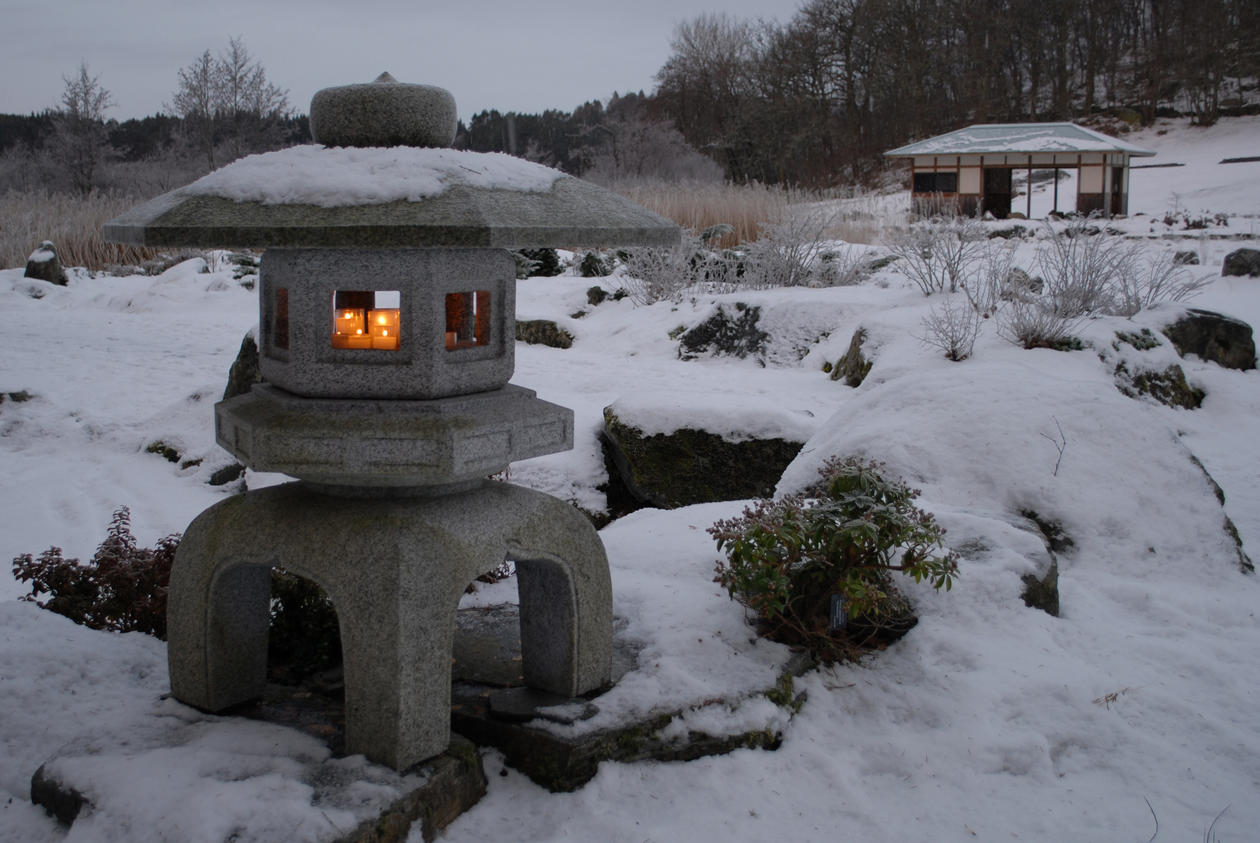