The mistletoe is an exciting evergreen parasitic scrub associated with a lot of mysticism, traditions, and medicinal uses. Well hidden by the foliage of their host plants, four young mistletoe scrubs have been left alone for at least 6 years until they were discovered after the leaf fall this autumn.

In the Arboretum, we have always had a mistletoe specimen to show to visitors. The first one was a male plant growing on an apple tree at Hatlehaugen. It thrived for many years until it finally broke off. After several attempts of to “sow” seeds on various trees, we succeeded in producing a new plant on a hawthorn tree near the stone wall facing Fana folkehøgskule. We made sure that it could grow undisturbed, and now it turns out that we have four additional plants!

White Mistletoe, Viscum album, is a semi-parasitic scrub that grows on a variety of deciduous trees. In Norway, the plant only grows wild along the middle part of the Oslofjord in Eastern Norway, but it can be found in gardens along the coast to Møre in the northernmost part of Western Norway. The plant’s seeds are spread when birds eat them. The birds’ droppings with the sticky berry content attach to twigs and in branch forks of the host tree. The sprout, approx. 5 mm long, which passes in good condition through the digestive system of the bird, is able to pierce the bark and to root itself in the growing wood. It may then take several years before the first two leaves appear. At Milde, the plant has been growing on several plots of an ”infected” area of up to 50 cm along stems of rowan. These mistletoes probably stem from berries from Horten that were stuck on various trees 13 years ago in Naustdalen. After several years without any signs of germination, we forgot to look for them anymore. But now three of the mistletoe scrubs have reached up to 60 cm in diameter and they already have berries, so they must be female plants

In Norway, the mistletoe has had a wider distribution in earlier, warmer periods, but it is still little known in Norse mythology. Even in myths that we know from the Eddas about Balder, the God who was shot with an arrow made from mistletoe, the plant was probably imported. In Celtic tradition, on the other hand, it was an important plant, and seen as a symbol of fertility and dedicated to the goddess of love. Today, we can find remnants of this cult in Great Britain, where they hang up mistletoe at Christmas, and whoever comes across a girl standing under such a twig is allowed to kiss her. If you want try out this old custom under one of the mistletoes in the Arboretum, it will have to take place outdoors and without any damage to the plants as they are unconditionally preserved in Norway! The entire plant and its berries are poisonous, but despite this fact it has been used to treat a number of diseases since antiquity.

In more recent times, mistletoe preparations have been launched as a treatment for cancer, by, among others, Rudolf Steiner, who developed variants of the preparation Iscador from the different tree species the plant grows on. Up until today, medications like these have frequently been used in Central Europe as a complementary treatment to conventional cancer treatment. Warnings are issued, though, against side affects and poorly documented effects. You can read more about mistletoe in Urtekildens planteleksikon (in Norwegian) 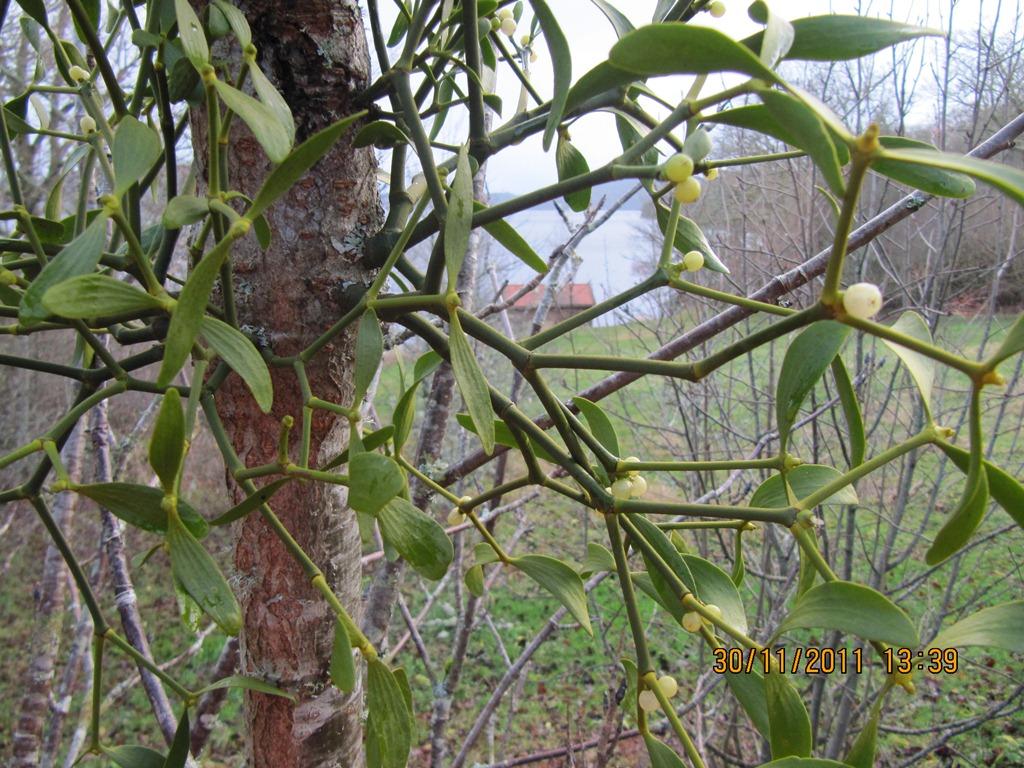 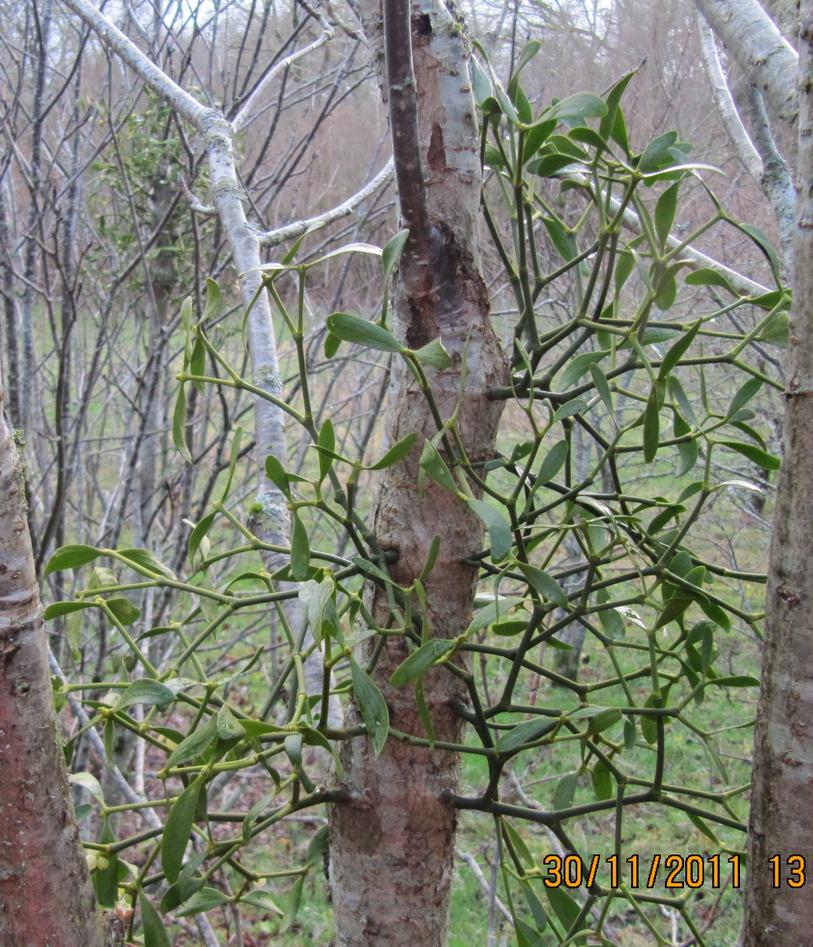