Norway Spruce Trees about to Fall

Ravaging winds have left traces behind at Milde over the last few days. Spruces have been knocked down and events have had to be cancelled.

We have had some strong winds this week, and they have left their distinctive marks on both the Arboretum and the Botanical Garden. At first, the storm "Berit" swept over Western Norway in the last weekend of November. It was then clearly demonstrated that the pine trees tolerate storms and continue to do well despite the fact that many of the trees are standing on exposed ridges. The weather-beaten pine forest has been exposed to stormy weather previously, and is better adapted to its surroundings compared to the planted spruce forest. The spruce trees have a shallow root system compared to pine and are likely to fall in a storm.

The big and tall spruce forest in our area was planted by The Norwegian Forestry Society at the time when the Arboretum area was owned by Fana Manor. Several of these spruces fell in the storm this week. In Nordre Mørkevågen, two giant firs (Abies grandis) tipped over, and at Blondehuset, the large Serbian spruce (Picea omorika) lay blocking the road on Monday morning, 28 November. This tree broke off at ground level because the trunk had already been damaged by wood-rotting fungi.

On Thursday morning (1 December), the wind was getting stronger again, and it was reported that a large spruce in the Japanese Garden had been uprooted by the wind. This big tree was standing next to the Kasuga lantern, but tipped over in the opposite direction over the bamboo fence. The fence was severely damaged. This spruce was part of an old sample plot and was vulnerable to uprooting from high winds after having been isolated from the other specimens and exposed to winds. 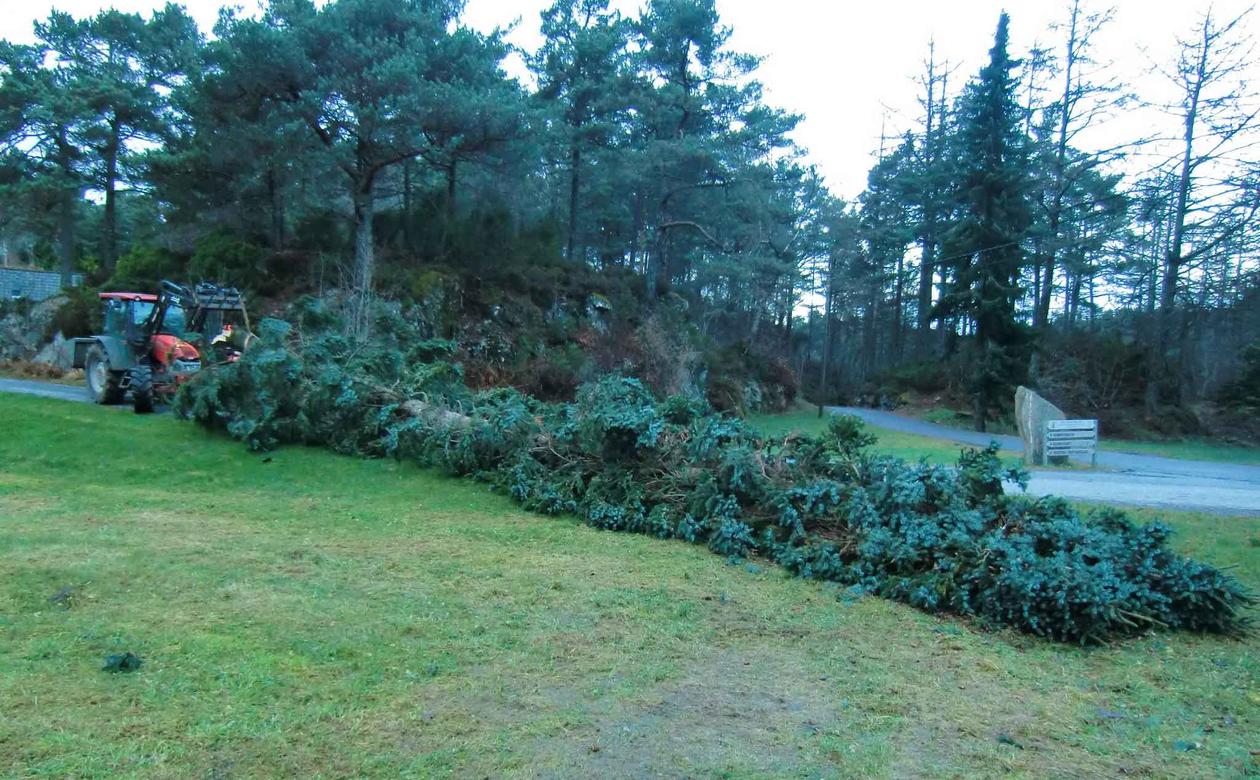 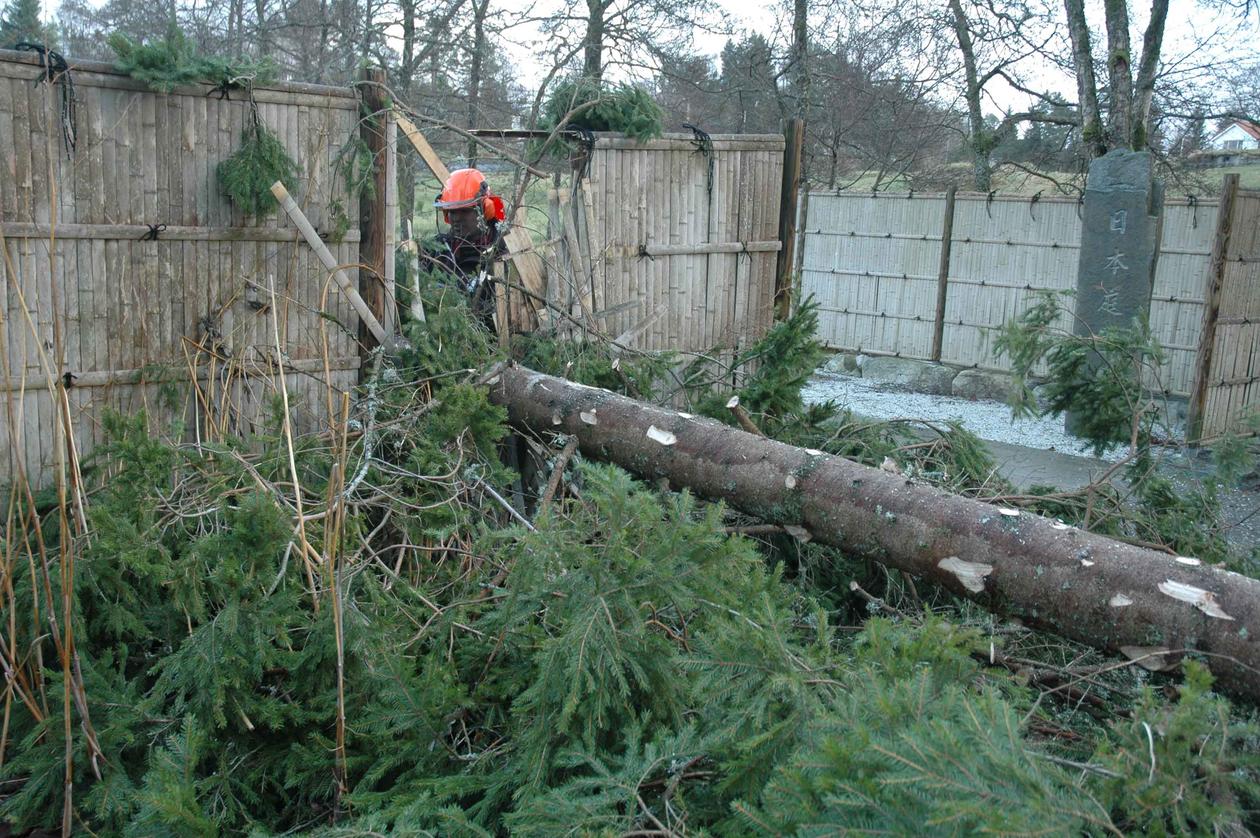 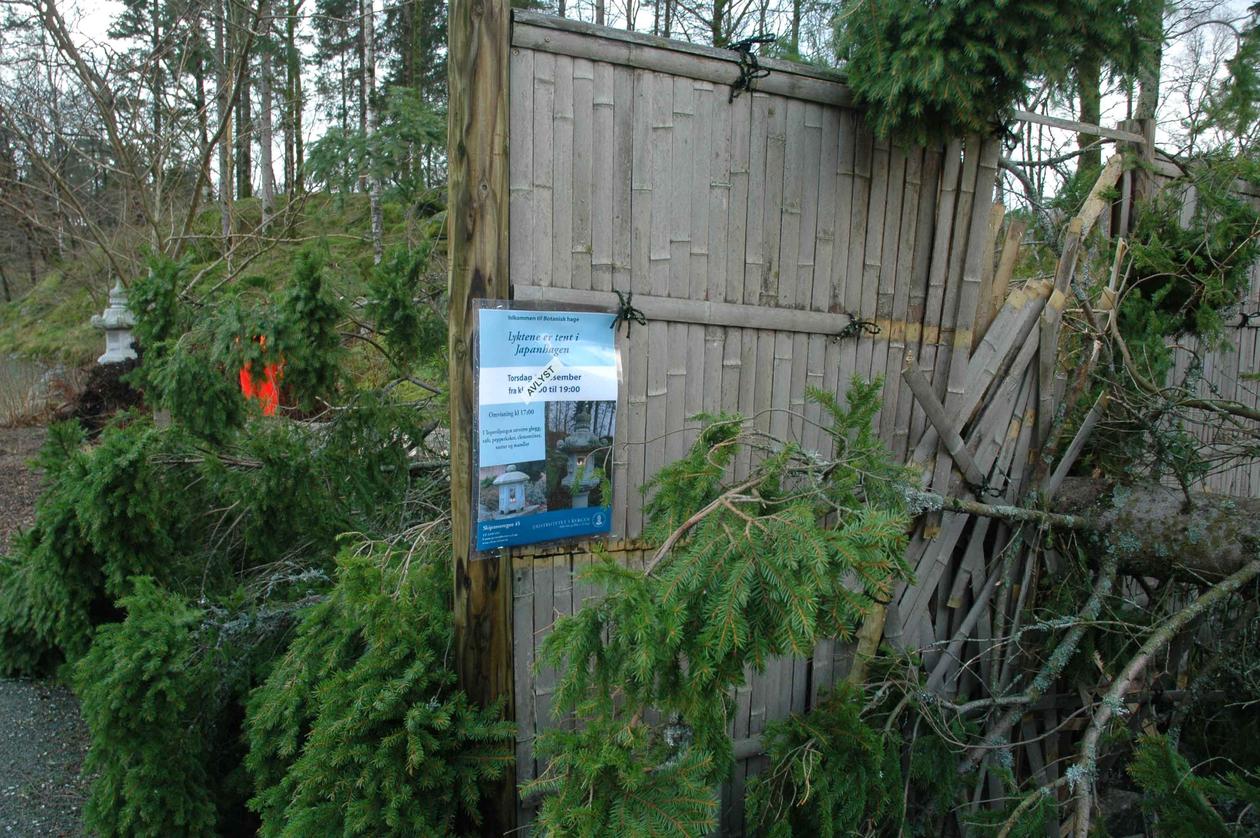