Agnes Langat: The Last Mile Can Be the Hardest

Langat works for the Centre for Disease Control and Prevention (CDC) in Kenya. This gives her access to national databases for her studies. Her results, thus, may be able to influence evidence-based policy decisions in Kenya regarding HIV treatment plans.

Getting through the last mile

On a journey or a process, a lot of progress and achievements can be attained at the beginning but  to get to your destination or to the end user we have to go the Last Mile.  The last mile is the critical connection to the end-user/goal, and here lies the challenge.

Kenya began implementing the Prevention of Mother-to-Child Transmission of HIV (PMTCT) programme in 2002 to ensure that infants that start free, stay free. The nation has continued to commit itself to the elimination of mother-to-child HIV transmission via a number of global / national initiatives. However, Langat says that right now the PMTCT drive in Kenya is entering the “last mile”.

The various initiatives have been part of global initiatives, including: Global Plan towards the Elimination of New HIV Infections among Children by 2015 and Keeping Their Mothers Alive. Kenya was one of 22 countries prioritised for the Elimination of Mother-to-Child Transmission programme, which aimed to

However, despite the steady increase in the numbers of women receiving ART during this period, and the fact that the numbers of new HIV infections about children initially decreased significantly, new HIV infections are still occurring, and now there is actually now an increase in MTCT in Kenya. Nearly 60% of infants that start life as HIV- but who then become HIV+ have been born to newly HIV+ mothers, who somehow slipped through the national prevention strategy nets.

Why the current MTCT increase?

Langat explains that achieving elimination of MTCT (EMTCT) is a multi-step process. There are, therefore, many opportunities to “lose” mothers to the PMTCT programme. To combat this Langat spoke about the UNICEF strategy involving locating the mothers, testing them, linking, and treating them, as well as retaining them as the mother-infant pairs along the continuum of care cascade.

Her study aimed to address what are missed opportunities that exist, and which contribute to not reaching EMTCT in Kenya, as well as whether there are any associated, contextual factors involved. One important missed opportunity is mothers who seroconvert after being tested at their first antenatal care visit, where they are tested for HIV. In such cases, the risk of the infant contracting HIV is very high, as the mother will not be identified as needing ART. Langat says that an example of a possible policy decision to reduce this situation would be to repeat HIV testing during the pregnancy period.

By considering the conceptual framework for mother and child, and HIV care in Kenya, Langat and the project team have identified several points in the care cascade where there can be missed opportunities, which could result in poor retention of mother-infant pairs during follow-up. Many inter-related factors may be involved, which may be at different levels, including individual level, facility level and even community and regional levels.

In her mid-way presentation, Langat explained that there have been some delays to her study plan due to delays in clearing ethical permissions and issues with managing funding across national and facility boundaries – well-known challenges from international research projects. When completed, her three papers will help contribute to improving this important health challenge in Kenya. She explains that her data will go beyond descriptive, qualitative assessments of the situation and will provide quantitative evidence that may potentially influence policy. 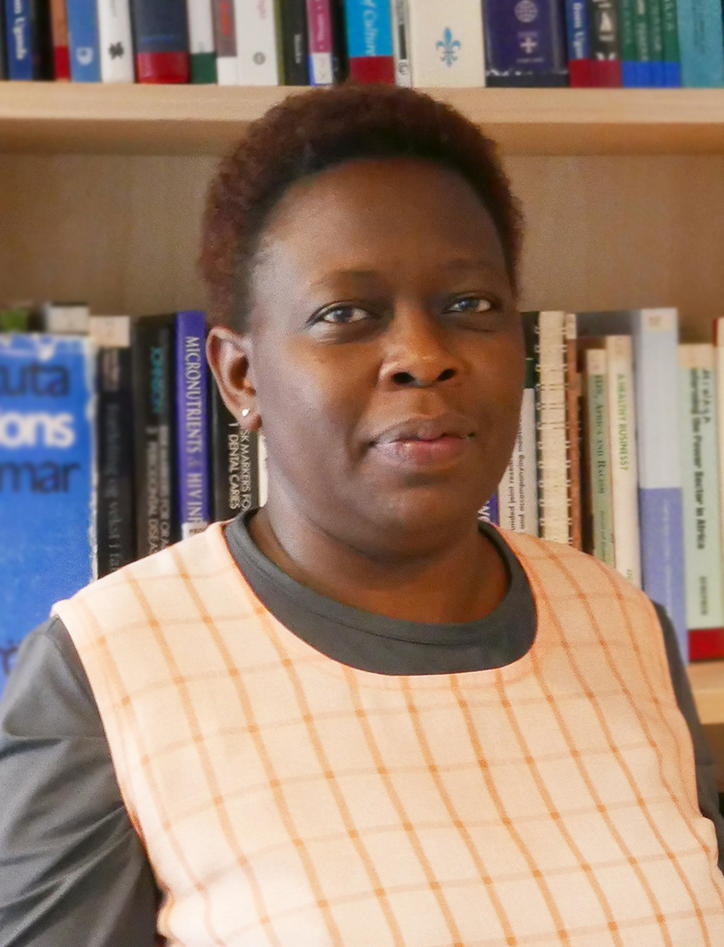