Land seismic exploration is a method to map the earths crust on various scales. This is important in order to understand the geological processes that has shaped todays geological image. Land seismic is also used for prospecting hydrocarbon reservoirs, occurrence of minerals and for monitoring of e.g. subsurface climate gas storage. Land seismic data can also give valuable information in the planning of tunnels, and mapping of weakness zones in bedrock and sedimentary structures.

In the 1970's, a major survey was carried out by University of Bergen with partner institutions, with the aim to map the transition between the crust and mantle (moho) in the western part of Scandinavia.

Land seismic data exploration use the same principles as marine seismic. Still, exploration on land is generally more difficult, due to for example complex topography, vegetation, local geological conditions and infrastructure. To survey the sub-surface, geophones are placed in a network on the ground in the area of interest. The geophones measure vibrations in the surface in three directions (x,y,z). Vibrations are initiated by a seismic source, for example explosions on the surface or seismic vibrators – heavy purpose built machines that make the ground vibrate in a sweep lasting several seconds.

The vibrations generated by the seismic source propagates through the crust as pressure- and shear waves. Parts of the energy is reflected at each border between different geological layers and features, due to differences in velocity and density. Processing this data gives seismic images of structures and properties in the sub-surface.

Institute of Earth Science has different systems for seismic acquisition. In the 1980's, the institute collaborated in developing a snow streamer: a cable with geophones to be towed after a band wagon. This method is very efficient, but can only be used in relatively flat, snow covered areas without much vegetation.

The source is detonating cord fired at the surface.

In recent years, the institute has invested in a node-based acquisition system, Sercel unite. This is small, battery powered units that record and store data from attached sensors (planted geophones or gimbal strings). This cable-free system gives great flexibility in where it can be set up.

We have 120 nodes for land seismic. Each of the nodes has 12 planted geophones or 24 gimbal geophones connected. 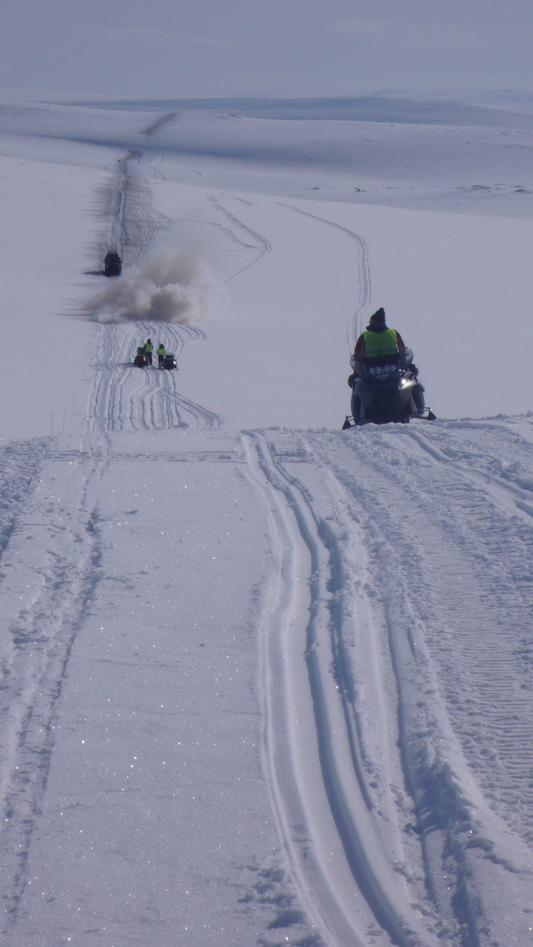 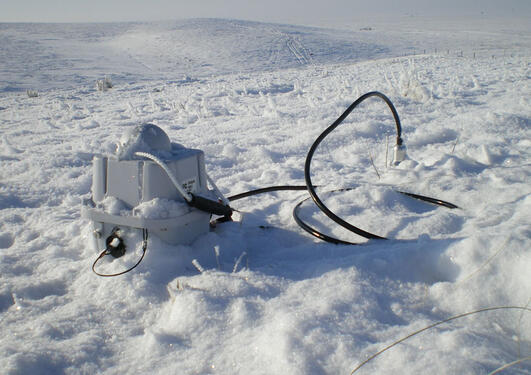 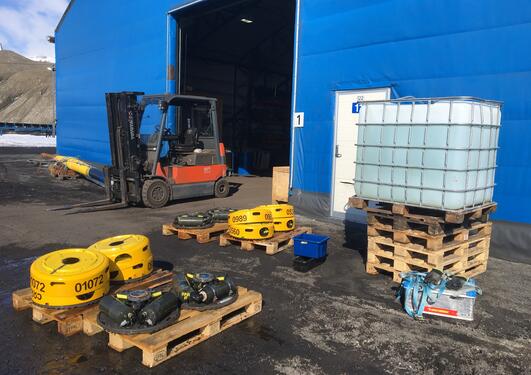