A way out of "robot mode"

“By questioning our habitual thoughts and given truths, we can obtain insights which enable us to reflect on our lives in a different way,” says Marianne Frøystad Walderhaug. During her dialogues with inmates, they try to discover how they can get out of “robot mode”.

Marianne Frøystad Walderhaug has been working as a prison philosopher for the last twelve years.
Photo:
UiB

Walderhaug has been working as a prison philosopher for the last twelve years and she recently completed her doctorate with her thesis entitled Philosophical Dialogues with Prison Inmates. Her thesis is based on dialogues with prisoners in Bjørgvin Prison.

Connecting with the head

According to Walderhaug, the philosophical path is the actual objective of these dialogues. This involves allowing space for the expression of as many views and voices as possible, or as expressed in the words of a former inmate:

“I learned to reflect more on what others say, not least because of my encounter with prison philosophy. After a while I learned to question my opinions about both issues and people” (Syn og Segn 2007).

According to several inmates there is something to be said for the philosophical way of thinking. It takes them out of "robot mode" and connects them with their heads and brains, thus enabling them to discover things for themselves.

“By the way we listen and ask questions, we are challenged to think for ourselves,” says Walderhaug.

According to Walderhaug, it is important that anyone attending a philosophical dialogue should feel they are conversing with their partner on equal terms. Furthermore, the discussion topics are chosen by the inmates themselves.

“Philosophical dialogues are all about respecting each other’s input, not necessarily by accepting the other person’s opinions, but by allowing them to have opinions and to be able to think from their own perspective. The point is to wonder about what is being said, to be present in the dialogue and to be patient when it is difficult to put something into words.”

During these dialogues Walderhaug has noticed that leading the life of a criminal can cause criminals to become “blinkered”. Blinkers prevent us from seeing issues and actions from different perspectives. In a way it can become easier to be criminal, with a slightly better conscience. On the other hand, philosophical dialogues allow us to open up in order to see things in different ways. This can be challenging because exposing oneself requires courage and willpower.

“Questions such as “who am I?” and “who do I want to be?” cause us to think about what we say and do, rather than aligning ourselves with habitual thoughts and given truths. By having to justify things in a new way, we are being made responsible for our own thoughts and actions. We appear to ourselves as we appear to others, or we see ourselves in the eyes of others, and in this way we can assess ourselves from an outside perspective,” explains Walderhaug.

“Do you think that philosophical dialogues can help rehabilitation?”

“I think that it is wrong to talk about rehabilitation in this context. It would be better to talk about personal education and valuable insights which can provide us with expanded judgement. In other words:

"Given that philosophical thinking results in insights which helps criminals make choices that takes them away from a criminal lifestyle, we could say that it is not just beneficial for the criminals themselves, but also for the correctional services and society".

Walderhaug says that she has obtained a greater understanding of and more respect for the dilemmas faced by many criminals if they choose to change themselves in order to live differently.

“It is challenging to make changes, and the importance of having the space to reflect on the concept of change and one’s own change processes is something which has interested me in my capacity as a prison philosopher. For many prisoners, change can involve anxiety and grief about what they are losing, and uncertainty about what they are heading towards or what they will become. Some prisoners experience that changing themselves involves going from "being someone" (ed: in the criminal world) to "becoming no-one" in ordinary society. It is all about questioning one’s own identity and facing prejudice and stigmatisation about the life which one has been living.”

“Going behind the “mask” to see what makes a criminal choose whatever he or she does, can teach us more about the compromises they have to address and what their decisions mean. We need to take the time to dwell on how individuals experience being a person for better or worse.”

“One could also say that changing from a criminal lifestyle to a so-called “straight“ existence involves reassessing one’s values, something which in itself links change with philosophical issues. This approach to change makes philosophical dialogues relevant for both the inmates and those employees working in the correctional services", says Walderhaug.

Labelled as a criminal

In theory a prison sentence is an opportunity for prisoners to pay their debts to society. However, many inmates experience that they are met and treated as criminals, even when they have served their sentences. In a chronicle Walderhaug wrote for the newspaper Bergens Tidende, she says:

“People who have led a criminal life or committed serious offences cannot expect to start with a clean slate. Our choices result in consequences, and that also applies to crimes. On the other hand: can society expect criminals to become law-abiding citizens if we reject them, look down on them or doesn’t trust them?” (BT 14.02.2018).

What do you hope to achieve by sharing your knowledge and experiences as a prison philosopher?

“I would like to help create a more humane society where we see criminals as whole people, so that they can have a real chance of being included as members of society once they have paid their debts by serving a prison sentence".

Marianne Frøystad Walderhaug has been working as a philosopher at Bjørgvin Prison since 2006 and she recently defended her doctoral thesis entitled Philosophical Dialogues with Prison Inmates.

Bjørgvin Prison is a low-security prison located in the municipality of Bergen.

Walderhaug has developed three concepts: attentive equality, dialogical openness and polyphonic patience. These concepts express her thoughts about what philosophical dialogues are, based on her own experiences derived from dialogues with prison inmates. 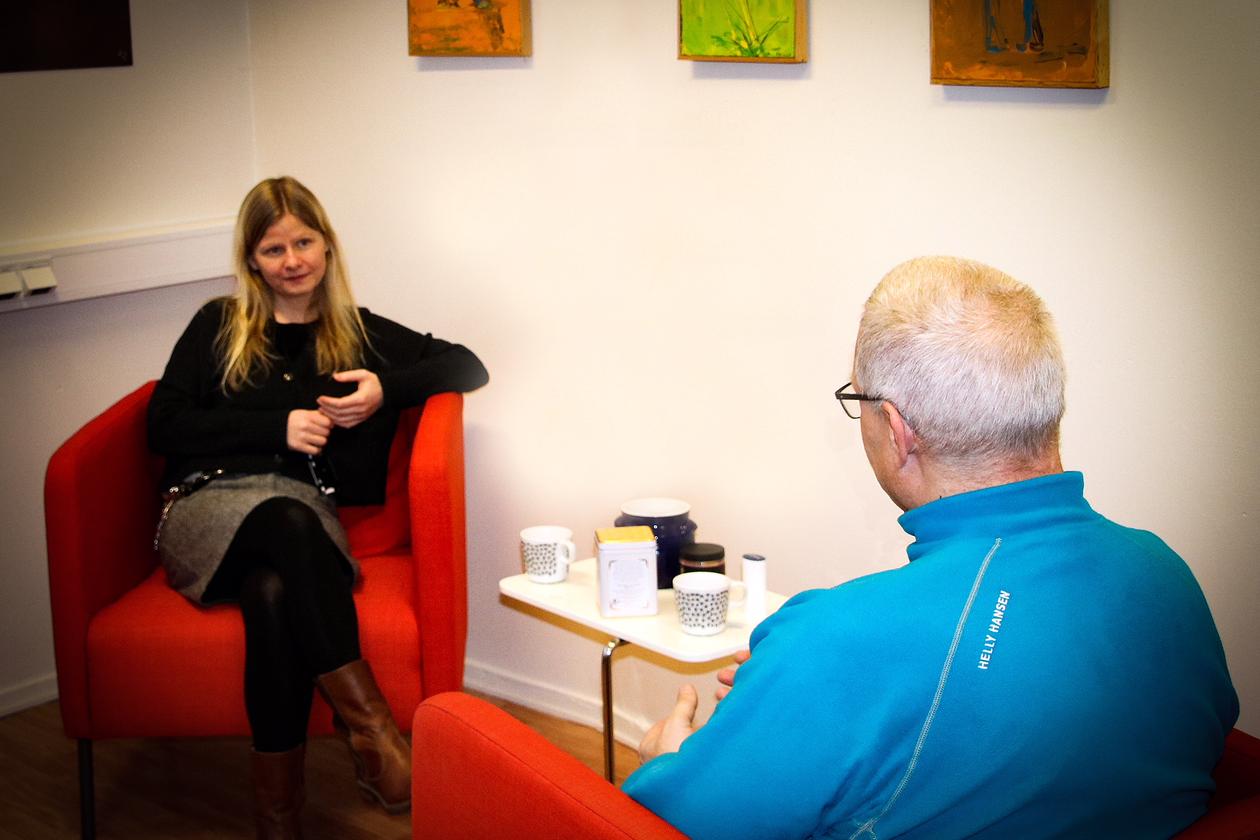