On this site you will find short descriptions of the research group members' interests and contact information, as well as links to projects and the websites of the members.

Henning Laugerud (research group leader) is Associate Professor of Art History at The University of Bergen. His research interests include museological studies, history of science, visual cultural studies, rhetoric, art- and interpretative theories (and their history), memory-studies, devotions and the history of the gaze in the medieval and early modern period. He is a member of The European Network on the Instruments of Devotion.

Jørgen Bakke is Associate Professor of Art History at The University of Bergen. His research interests include Mediterranean landscape archaeology, Ancient Greek and Byzantine garden culture, travel literature, and visualisations of nature in early modern science. He is a member of the board of Nordic Byzantine Network, and co-manager of the archaeological field-project Sites in Marginal Landscapes at Tegea, Greece.

Nora S. Vaage, Nora S. Vaage is assistant professor in philosophy of art and culture at Maastricht University and has a PhD in theory of science from the University of Bergen. Her PhD dissertation, Amplifying Ambiguities: Art on the Fringes of Biotechnology (2016), focused on the ethical and societal aspects of artists’ and other laypersons’ engagement with wet biotechnologies. Her research interests include the role of art in our contemporary societies, artistic research, artistic representations of climate change, philosophy of technology, and ethics. She was first editor, with R. Slaattelid, T. Krigsvoll Haagensen & S. Smith, of the book Images of Knowledge: The Epistemic Lives of Pictures and Visualisations (2016), a project of the research group Images of Knowledge.

Rasmus Slaattelid is Professor in theory of science at the Centre for the Study of the Sciences and the Humanities at the University of Bergen. He has also served as Vice-dean for education at the Faculty of Humanities (2005-2007). His research interests include: the role of scientific models and images in science and beyond, the relationship between evidence and policy making, the philosophy of the humanities, and configurations of interdisciplinarity. Slaattelid is a founding member of the Society for the Study of Nanoscience and Emerging Technologies (S.NET), and co-editor of the Nanoethics special issue "Imag(in)ing the Nanoscale" (August 2011).

Trine Krigsvoll Haagensen, MA Media Studies, is a PhD candidate at the Department of Linguistic, Literary and Aeshtetic studier, University of Bergen. Her thesis project, Kunnskap om bilder av kunnskap (Knowledge about Images of Knowledge), discusses images and the creation of meaning through the Planck All-Sky Image (ESA).

Samantha Smith, MA Art History, is currently a PhD candidate at the University of Bergen. Her project ‘Image discourses in Early Modern Bologna’ investigates how images were defined in the late 1500s in Bologna where images were embraced for objects of study, in replacement for the object itself. The project concentrates on the Italian city of Bologna in early modern Europe where influential figures within the Catholic Church and Natural Sciences emphasised the importance of pictures for communication, and the discourse surrounding the Shroud of Turin which took place there in the late 1500s. Samantha was co-editor for the first volume of the Images of Knowledge: The epistemic lives of images and visualisations (2016), the first anthology of the research grop. She is also currently co-editor for 'Material Cultures of Devotion in the Age of Reformations (Peeters, forthcoming) and is currently acting as co-editor for a new anthology for the Images of Knowledge research group with the working title 'Atlas'. She is a member of the research group ´The European Network of the Instruments of Devotion´(ENID).

John Ødemark is Professor in cultural history and cultural encounters at the Institute of cultural studies and oriental languages at the University of Oslo. His research fields include early modern cultural history, the history of the human sciences, and the visual culture and semiotics of early modern ethnography and anthropology.  Currently he works on a project on translations in the interface between medicine, the humanities and cultural theory.

Jens Eike Schnall is Associate Professor of Old Norse Studies at the University of Bergen (since 2013). His research interests include a.o. medieval encyclopedic literature and orders of knowledge; literature, science & technology; mapping and cartography; learned networks and media (Knowledge_of_the_North.pdf); medieval and early modern food cultures (Medieval_and_Early_Modern_Food_Cultures.pdf); and transformations of the heroic (Holy_Heroes-Heroic_Saints.png). Organisation of international conferences and workshops, in Bergen e.g. The 10th Bergen-UK Old Norse Postgraduate Symposium in 2016 (and previous years), Exploring the Middle Ages (500–1600) in 2015 and, together with Jonas Wellendorf (University of California, Berkeley), Knowledge of the North: Traditions, Transformations, and Practices of Medieval Scandinavian Learning (workshops in Bergen and Berkeley, seed grant from the Peder Sather Center for Advanced Study.

John-Wilhelm Flattun, John-Wilhelm Flattun, academic librarian and subject specialist for English, theatre studies, and art history at the library for Humanities. His background lies in Early Modern literature and culture, with special focus on English Renaissance. His research interests include Medieval reception, law and literature, myth and propaganda in King Arthur, and metaphor theory. His current project deals with Medieval reception in Thomas Middleton.

Karina Skilbrei, MA in philosophy and BA in art history, works as a visual artist, illustrator and art teacher. She is currently working on a series of paintings titled "Birth of the Sun". Her research interests include theories of vision and colour and the relationship between sensation and the act of thinking. She is currently investigating theories of colour in ancient Greece.

Stephan Kuhn, MA in Art History, is a PhD-candidate at the University of Bergen. He is currently working on his thesis about the medieval altar decorations in the 12-14th centuries. His research is centred on the church art collection of the University Museum in Bergen, which is one of the most outstanding collections of medieval church art in Europe. The objects in the collection originate mostly from churches in western Norway but the rarity of some objects is such that they are essential to our understanding of European art history on the whole, in particular on the topic of twelfth- to fourteenth-century altar decorations. The Norwegian material will be embedded in a wider European context. It will be shown that the Norwegian medieval church art forms an integral part of European art. He is a member of the ‘The European Network of the Instruments of Devotion’ (ENID).

Justin Kroesen is Professor of Cultural History at the University Museum of Bergen, specializing in the Material Culture of Christianity. His main research interests are the architecture, furnishings and imagery of medieval and early modern churches in Western Europe. Specific topics include medieval altarpieces in Spain, pre-Reformation survivals in Dutch medieval churches, tabernacles, chancel screens and side altars in Central and Northern Europe, and the treatment of medieval church interiors within Lutheranism. He is coordinator of the European Network on the Instruments of Devotion (ENID).

Zuzana Stankovitsová, Magister in Translation Studies (Comenius University in Bratislava) and MA in Medieval Icelandic Studies (University of Iceland), is a PhD candidate in Old Norse Philology at the Institute of Linguistic, Literary and Aesthetic Studies. Her dissertation examines the manuscript transmission of the 14th-century Icelandic Króka-Refs saga. Many of the saga’s extant manuscripts were copied in learned milieus of the 17th century as humanism rekindled interest in Old Norse literature. Her research interests include Sagas of Icelanders, the paranormal in Old Norse literature, as well as medieval and early modern manuscript culture.

Jacolien Wubs, MA in Art History, is a PhD candidate at the University of Groningen, the Netherlands, and is currently working as a guest researcher at the University Museum of Bergen. Her project is about text panels and text paintings as a characteristic form of visual culture in early modern Dutch Calvinist churches. It focuses on their function in the context of the medieval, formerly Catholic church interior and its newly Reformed use. During her research stay in Bergen, she is working on Protestant text decoration in a wider comparative ‘North Sea’ perspective, including Danish-Norwegian catechism altars, German ‘Schriftaltäre’ as well as Reformed texts in British churches. Jacolien is also a member of the European Network of the Instruments of Devotion (ENID).

Juliane Tiemann, MA in General Linguistics from Humboldt-Universität zu Berlin and BA in German Linguistics and Literature and Nordic Studies from Humboldt-Universität zu Berlin and Universitetet i Bergen. She specializes in theoretical and historical linguistics. Since 2017 she has been a PhD candidate at the Department of Linguistic, Literary and Aeshtetic studies. In her thesis she examines syntactic variation in Old Norwegian within the framework of Informationstructure. Informationstructure is a complex phenomenon that operates on several linguistic levels and therefore requires a multimodal annotated corpus approach. As part of her dissertation, Tiemann will build such a corpus for the text of Konungs skuggsjá (AM 243 bα fol., the Norwegian main manuscript).

Tiemann’s research interests include, among others, comparative linguistics, older Germanic languages, language change and language and structure in Old Norse poetry. She also is a member of Society for Indo-European Studies og Societas Linguistica Europaea (SLE).

Helen F. Leslie-Jacobsen is a researcher in Old Norse philology at the University of Bergen. Her research interests include Norwegian and Icelandic legal cultures from the 13thto the 17thcenturies (especially manuscripts and translation), legendary sagas, and Eddic poetry (PhD from 2012, «Prose Contexts of Eddic Poetry, Especially in the fornaldarsögur»). She organises an annual four-day international post-graduate symposium, is a founding member of NECRON (Network of Early Career Researchers in Old Norse), and edits the journal RMN Newsletter.

Sjur Haga Bringeland, has a MA in Applied music (recorder) from Greig Academy, University of Bergen and a MA in Musicology, Institut für Musikwissenschaft / Bach-Archiv, Universität Leipzig. He is a PhD candidate at the center for Greig Research at the Faculty of Art, Music and Design. His research project entitled “The reception of J.S. Bach  in Norway c.1900-1950” investigates the influence Bach’s music had on Norwegian music life and Norwegian composers in the first half of the twentieth century.  Sjur’s research interests stretch from the understanding of music from antiquity to the middle ages, Baroque’s musical rhetoric, to political-ideological currents in musical modernism. In addition to his research position he is a freelance musician and music reviewer in the weekly newspaper Dag og Tid.

Aidan Conti is professor in Latin at the University of Bergen. Since receiving his PhD from the University of Toronto in 2004, he has published primarily on early medieval homilies and homiletic manuscripts, which endeavored to convey biblical knowledge to the laity. Presently, he works on affective approaches to the pre-modern and our desire of the past.

David Carrillo-Rangel, is a PhD Fellow at the unversity of Bergen. His dissertation is titled 'Performing Visions: Queer Visionary Discourses, Materiality and Authority in Birgitta of Sweden’s Revelations in the 14th and 15th Centuries', in which he applies queer theory to manuscript studies. He has published various articles on Medieval Spirituality, Comparative Literature and circulation of manuscripts as circulation of knowledge.  He has co-edited the volumes Sensual and Sensory Experiences in the Middle Ages (Cambridge Scholar Publishing: 2017) and Touching, Devotional Practices and Visionary Experiences in the Late Middle Ages (London: Palgrave Macmillan forthcoming), to which he has also contributed with the essay “Inside the Frame: The Making of Queer Visionary Discourses”.  His research interests range from Medieval Latin, Cultural Analysis, Manuscript Studies to Queer Studies. He has a special interest in research dissemination and has been involved in different activities to engage both with contemporary culture and a broader audience. 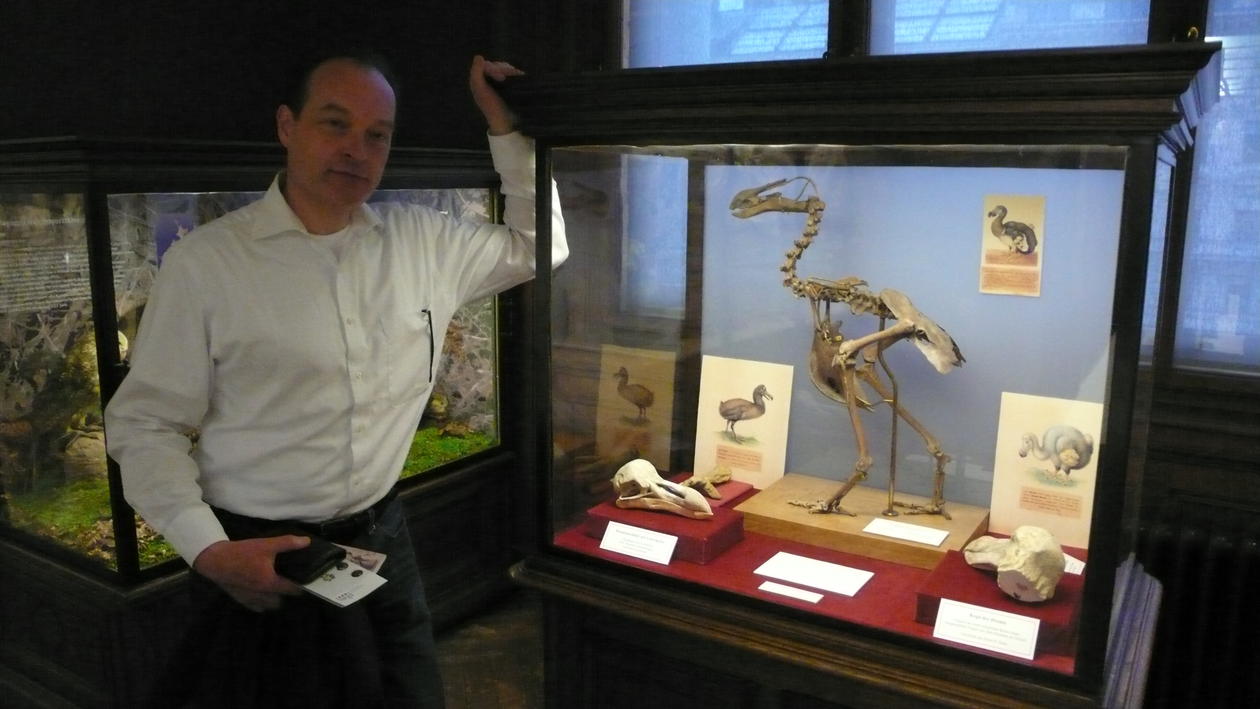 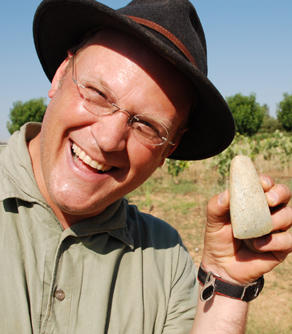 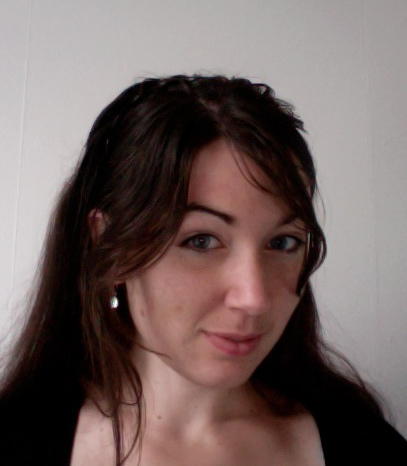 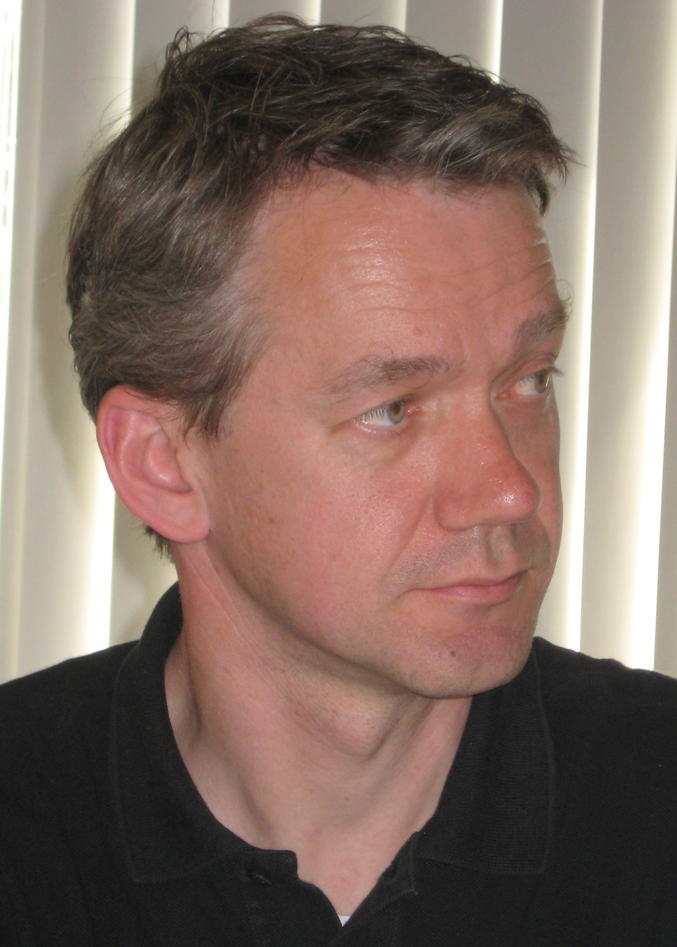 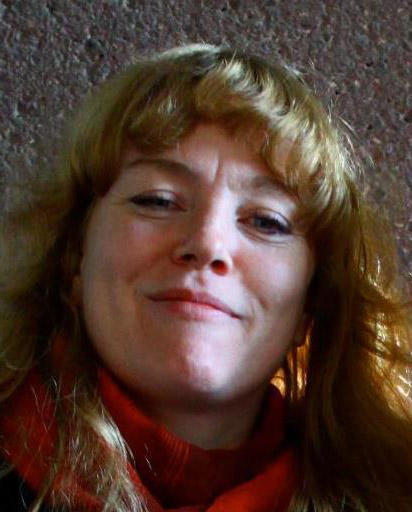 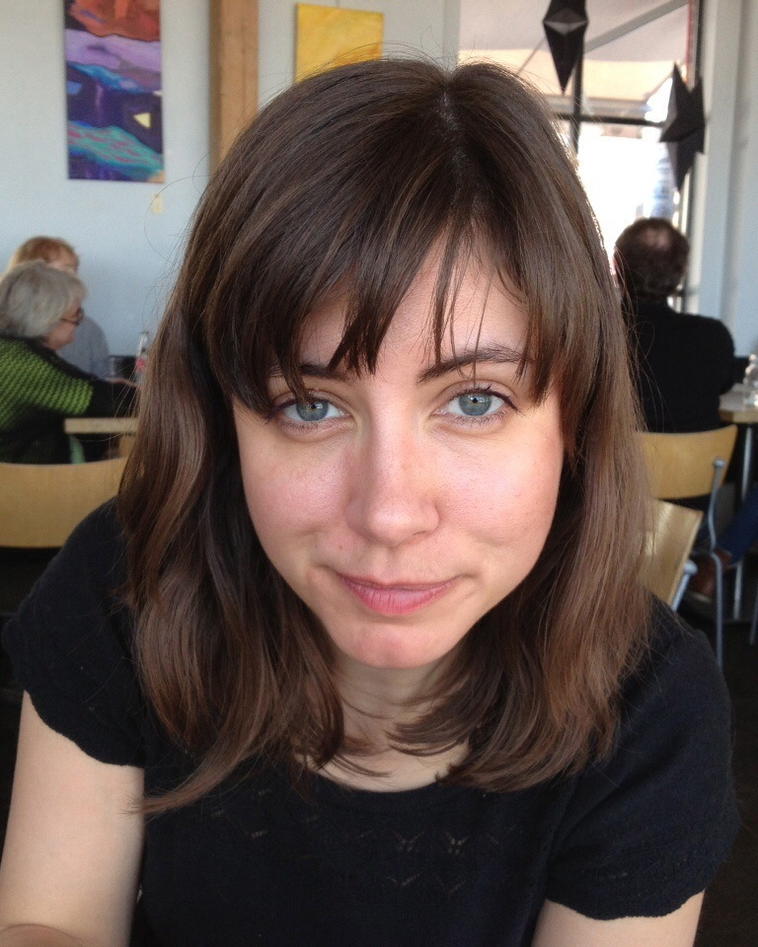 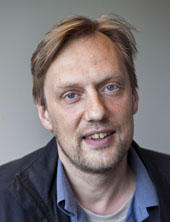 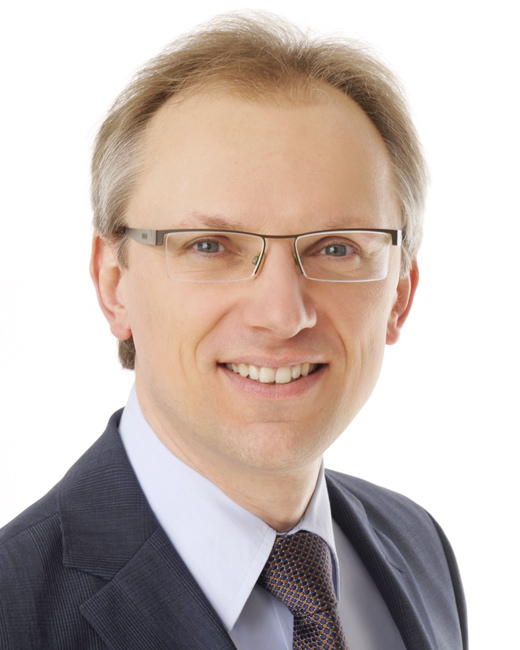 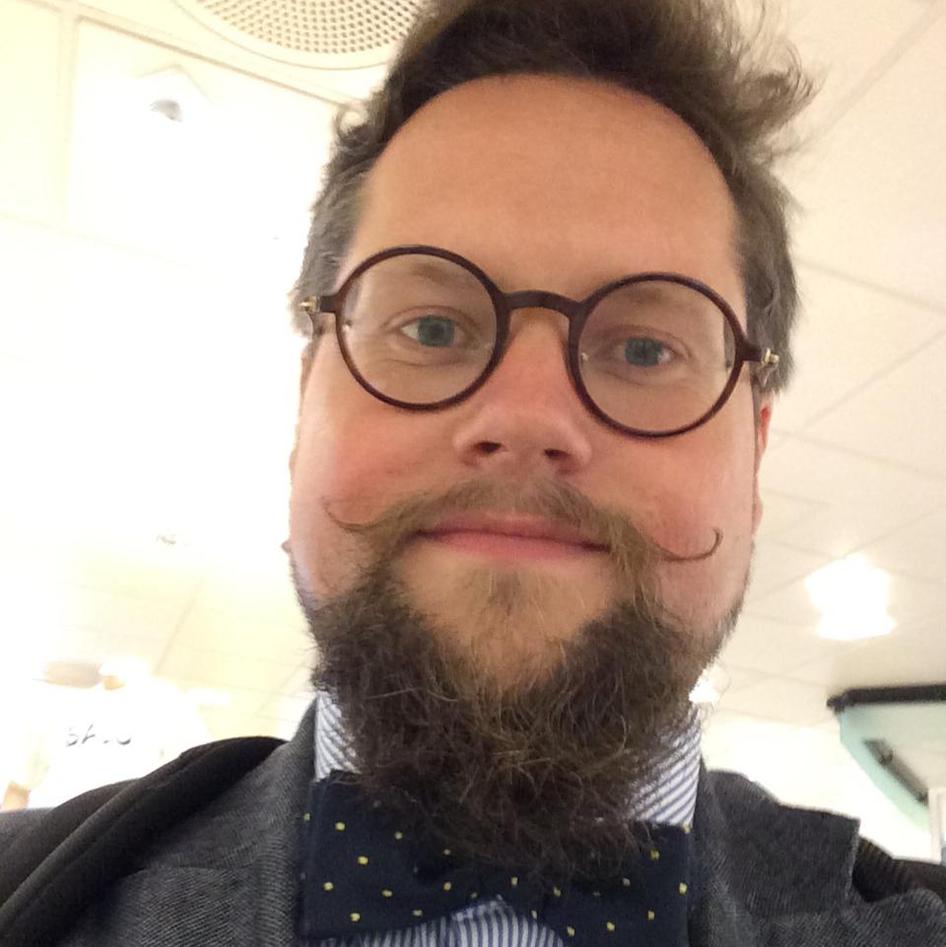 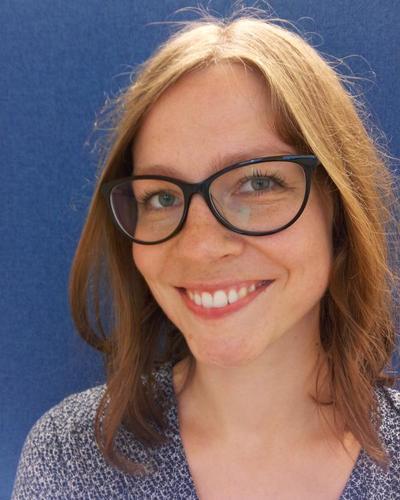 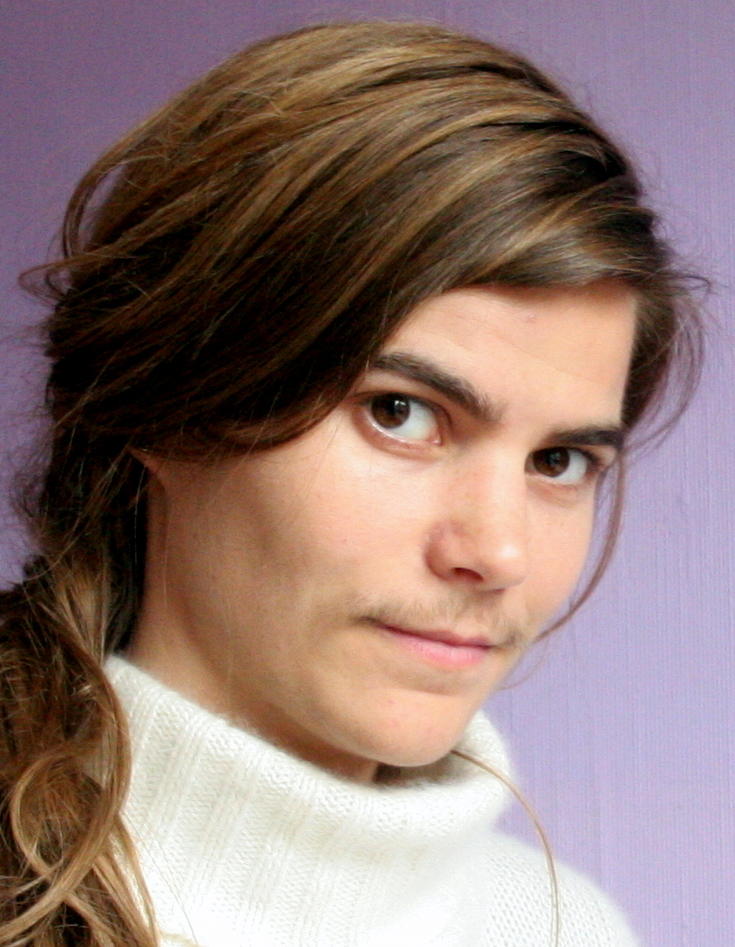 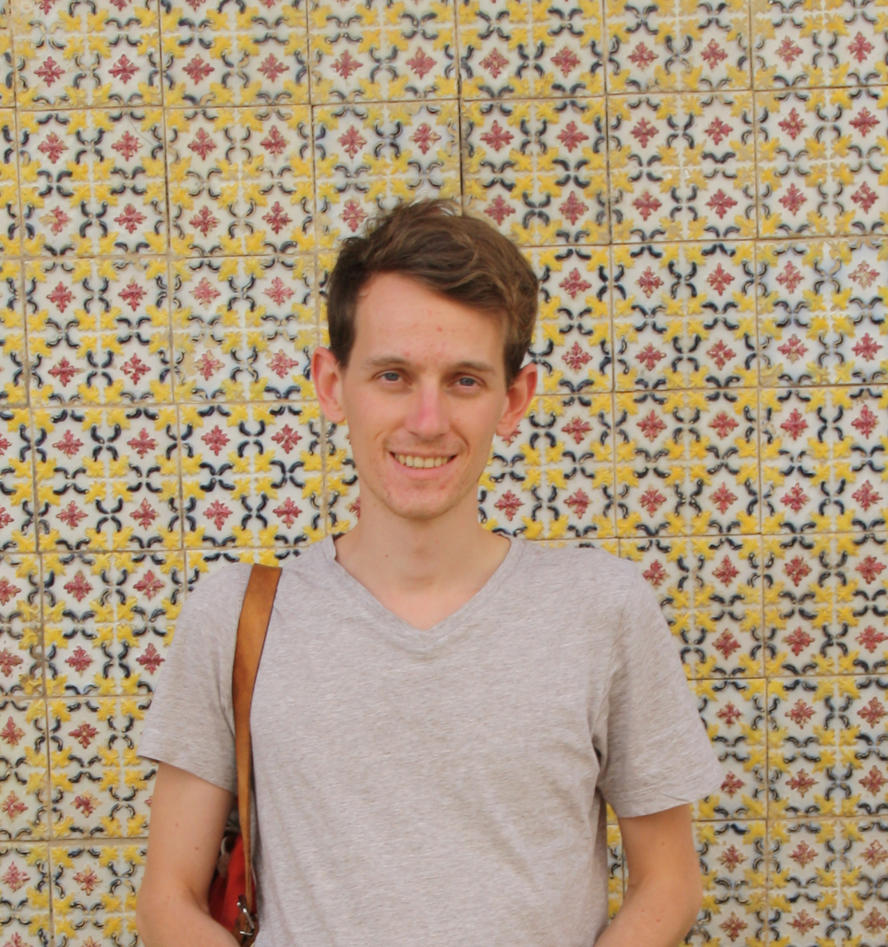 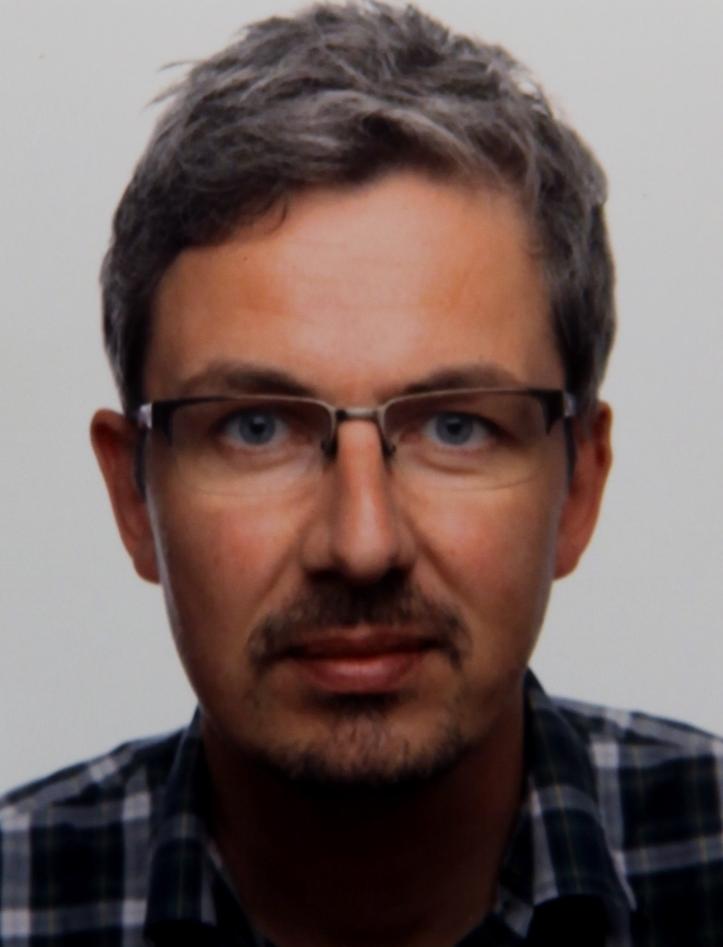 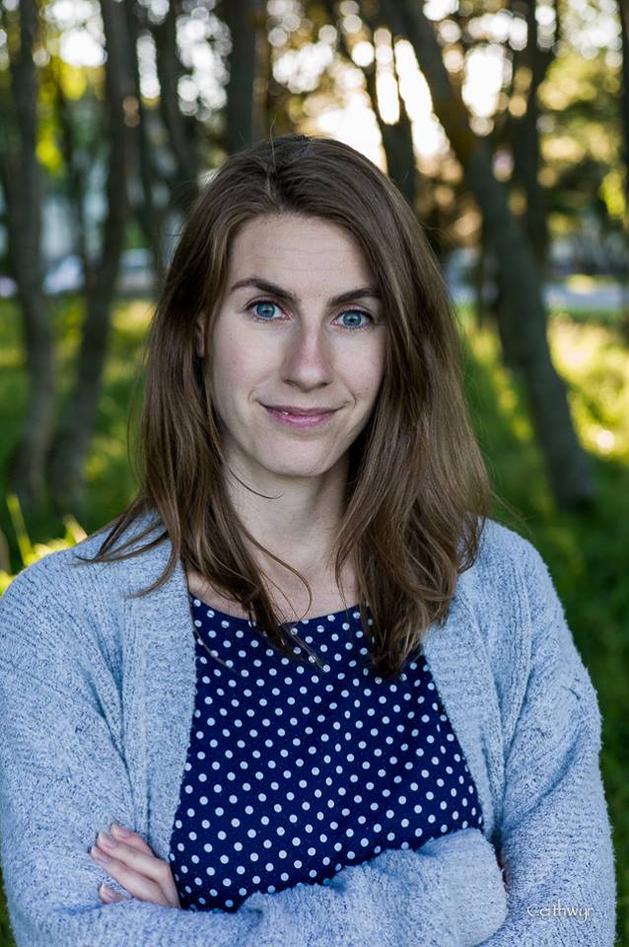 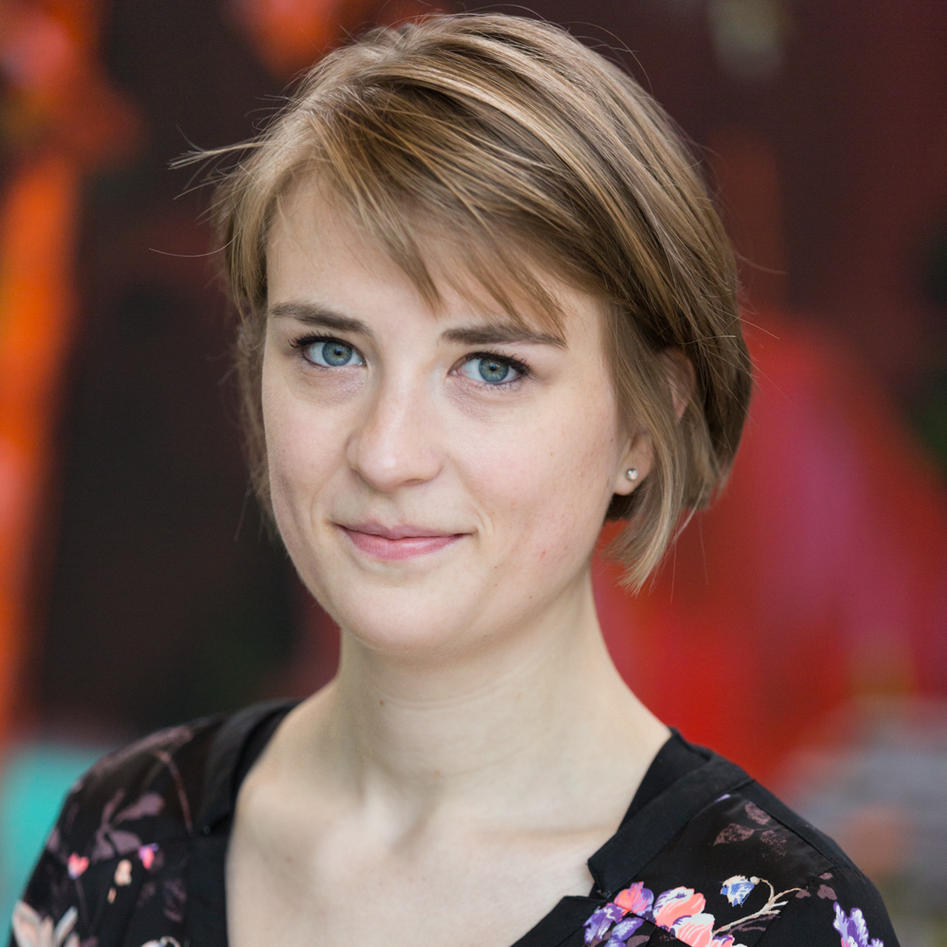 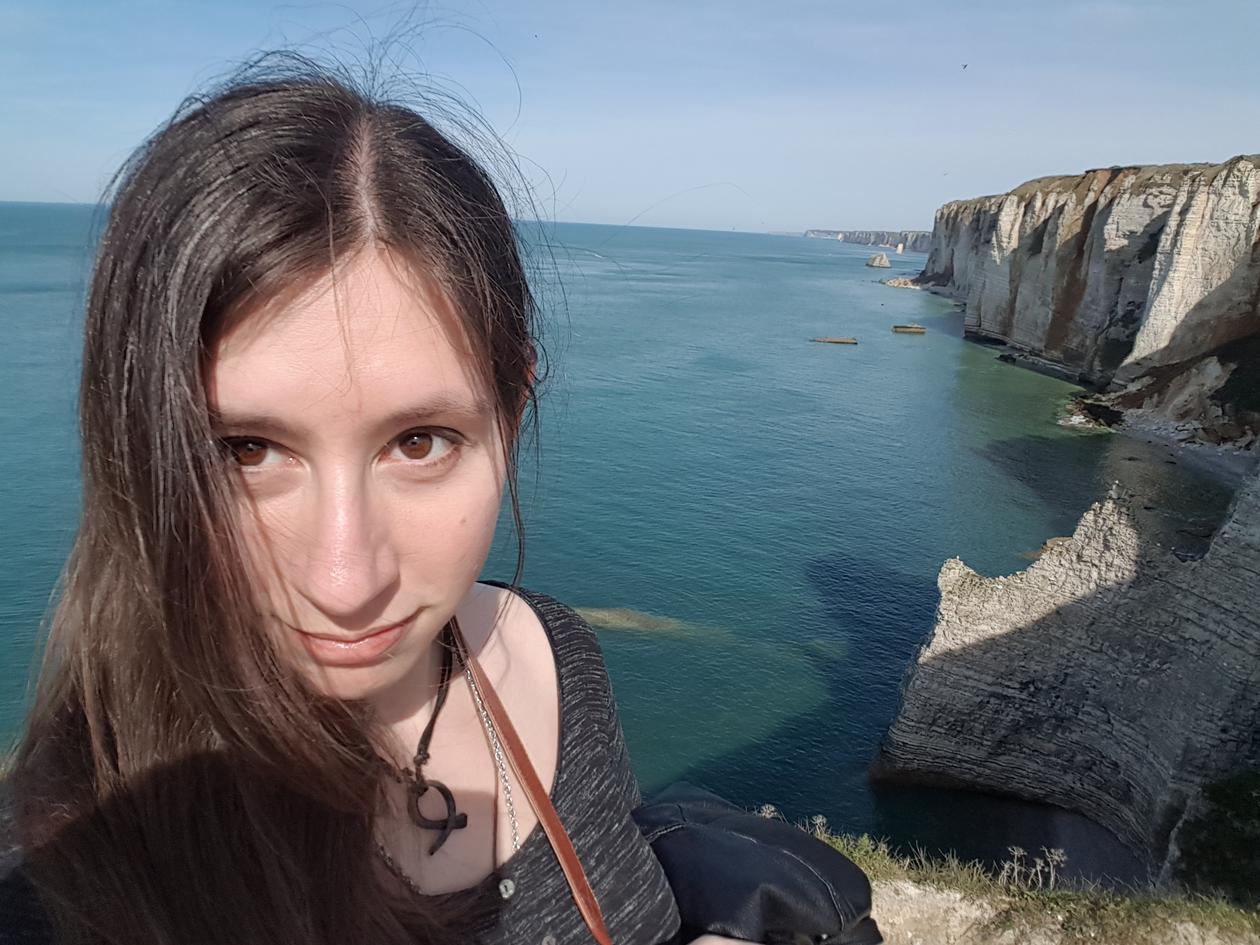 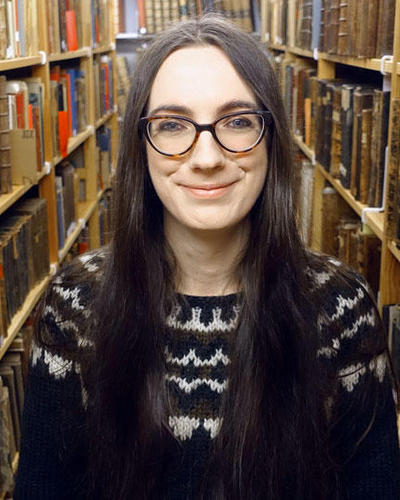 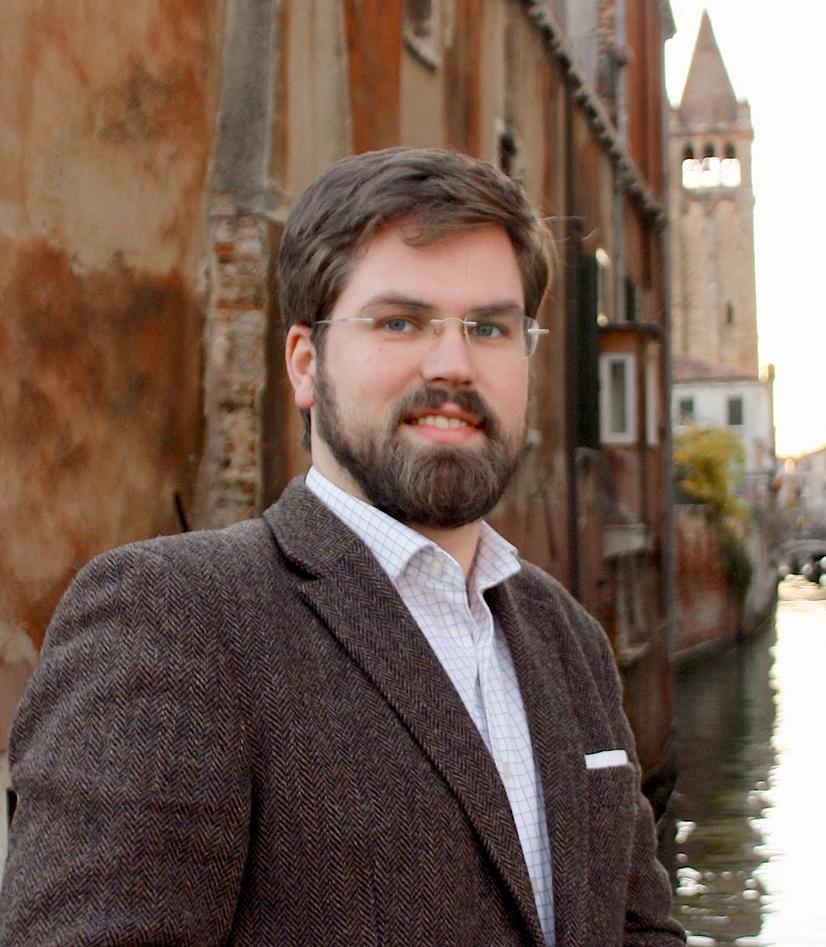 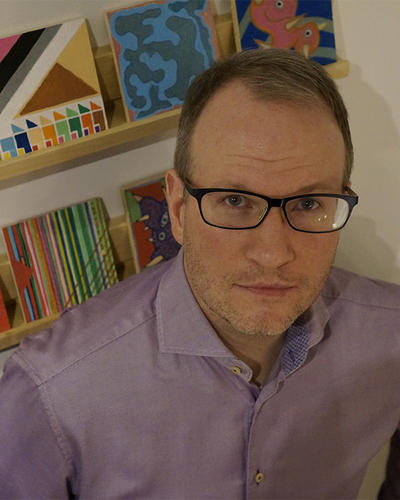 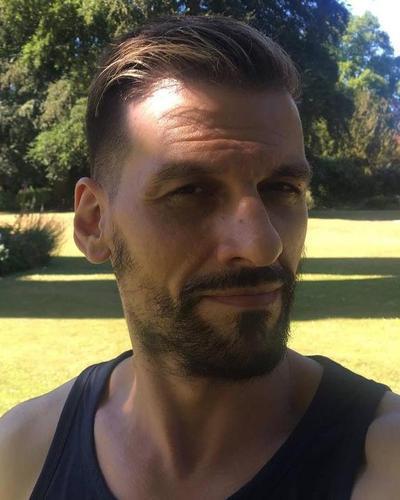