As a scientific garden, it is important that we collect seeds in nature. With wild-collected seed, we know for sure where the plant originated. We collect seeds both for our own use and for the national seed bank.

Sea buckthorn grows on the beach at Frosta in Nord-Trøndelag.
Photo:
Bjørn Moe

The university gardens are part of a national network to collect seeds of red list species for the national seed bank at the Museum of Natural History in Oslo. This year we carried out fieldwork in Trøndelag 8 - 17 September where the aim was to collect both for the seed bank and for our own collections.

The national seed bank mainly contains seeds from plants that are endangered according to the current red list. Many species are affected by negative factors and decline, and in Norway alone close to 400 vascular plants are assessed as threatened, cf. latest red list from the Species Data Bank in 2021. Through international agreements, Norway has committed itself to taking care of these species. The best thing is that the species are preserved in the wild, but there is also a desire to have as many species as possible as a backup, either in culture in botanical gardens or as seeds. In the national seed bank for red-listed species, the plants are stored as viable seeds. It is a goal to have the species collected from various parts of the country where they have their natural distribution, and therefore we have contributed with collections both in Western Norway and in other parts of the country.

Here we will describe a small selection of the plants we collected. Norwegian wormwood (Artemisia norvegica) is a Norwegian responsible species because it has its main distribution in Norway. We found Norwegian wormwood on the mountain Ryphuskollen (1438 m.a.s.l.) on Dovrefjell where the plant grows on ridges with gravel around the top of the mountain. It would be of great interest to have Norwegian wormwood in our collections, but it will probably be difficult to get it to thrive.

In Unndalen it is possible to drive several miles into the plant-rich mountains to the north-east of Dovrefjell.  The bicoloured sedge (Carex bicolor) is assessed in Norway as highly threatened (EN) because it is rare with relatively few localities. It is specialized to grow on sand and gravel on river plains where it is very vulnerable to changes in the environment. Erosion and changes in the water level can have a negative effect and lead to more vegetation. Starch does not tolerate competition and only grows where there is open sandy soil.

Wigwort (Centaurea phrygia ssp. phrygia) grows in southern Norway only at Verran in northern Trøndelag where it has been known since 1929. Within a small area there are several smaller populations of the plant in cultivated landscapes, forest edges and along the road. It is severely threatened by overgrowth and encroachment, and conservation of the plant requires care. Our task in addition to collecting seeds was to create a condition report for wigwort. The Norwegian Environment Agency had given us funds earmarked for this.

Trøndelag is known for its many river banks and river islands, where we find a number of specialized species. One of them is sea buckthorn (Hippophae rhamnoides), which grows both on river gravel and on the beach. It is an extremely light-demanding shrub that quickly disappears when overgrown. It is assessed as near threatened (NT).

Klåved (Myricaria germanica) is another specialist that grows only on river gravel, especially on heavily flooded river banks with coarse material of sand, gravel and stone. It is a typical pioneer species that is adapted to erosion and large fluctuations in the water level. In this environment, the best adaptation is to be short-lived with seed reproduction. We recorded garden lupine (Lupinus polyphyllos) in several of the watercourses, and it also spreads willingly on sand and gravel. It gives competition to klåved and changes the environment of the brook trout. Hagelupine contributes to a changed nutrient status and increased nitrogen content in the soil, and it is assessed by the Species Data Bank as a very high ecological risk due to a large invasion potential and large negative ecological effects. 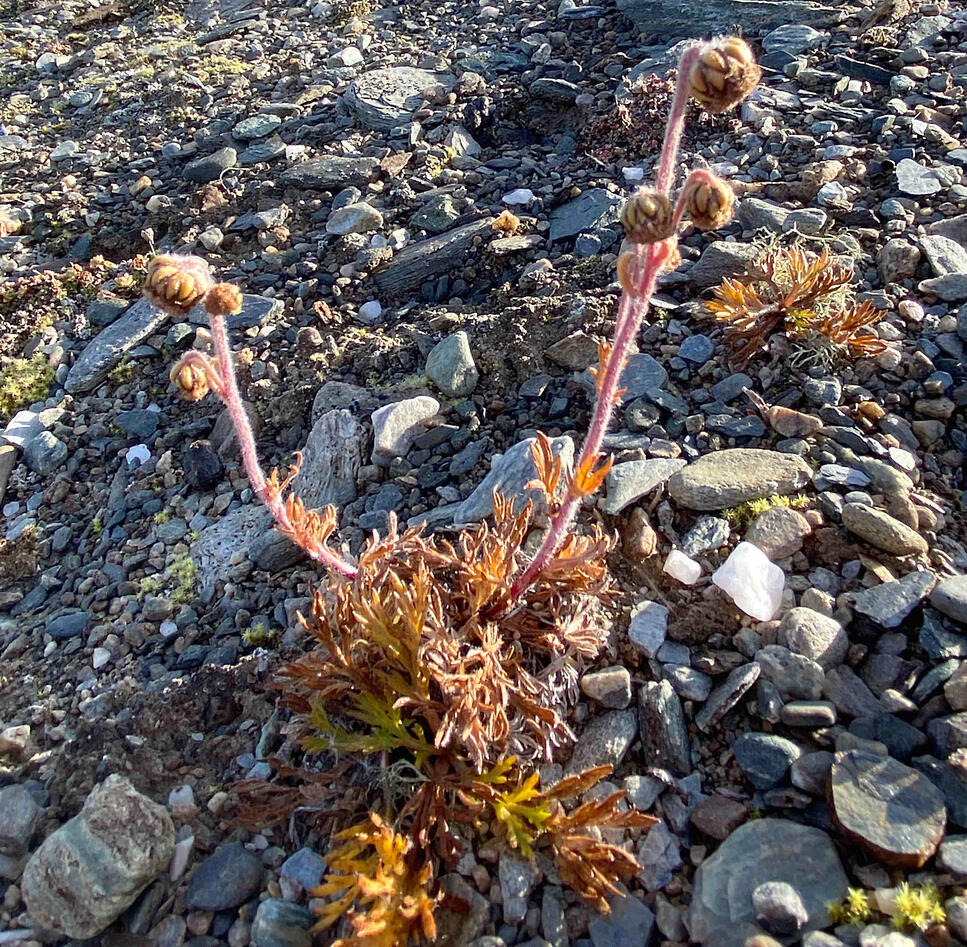 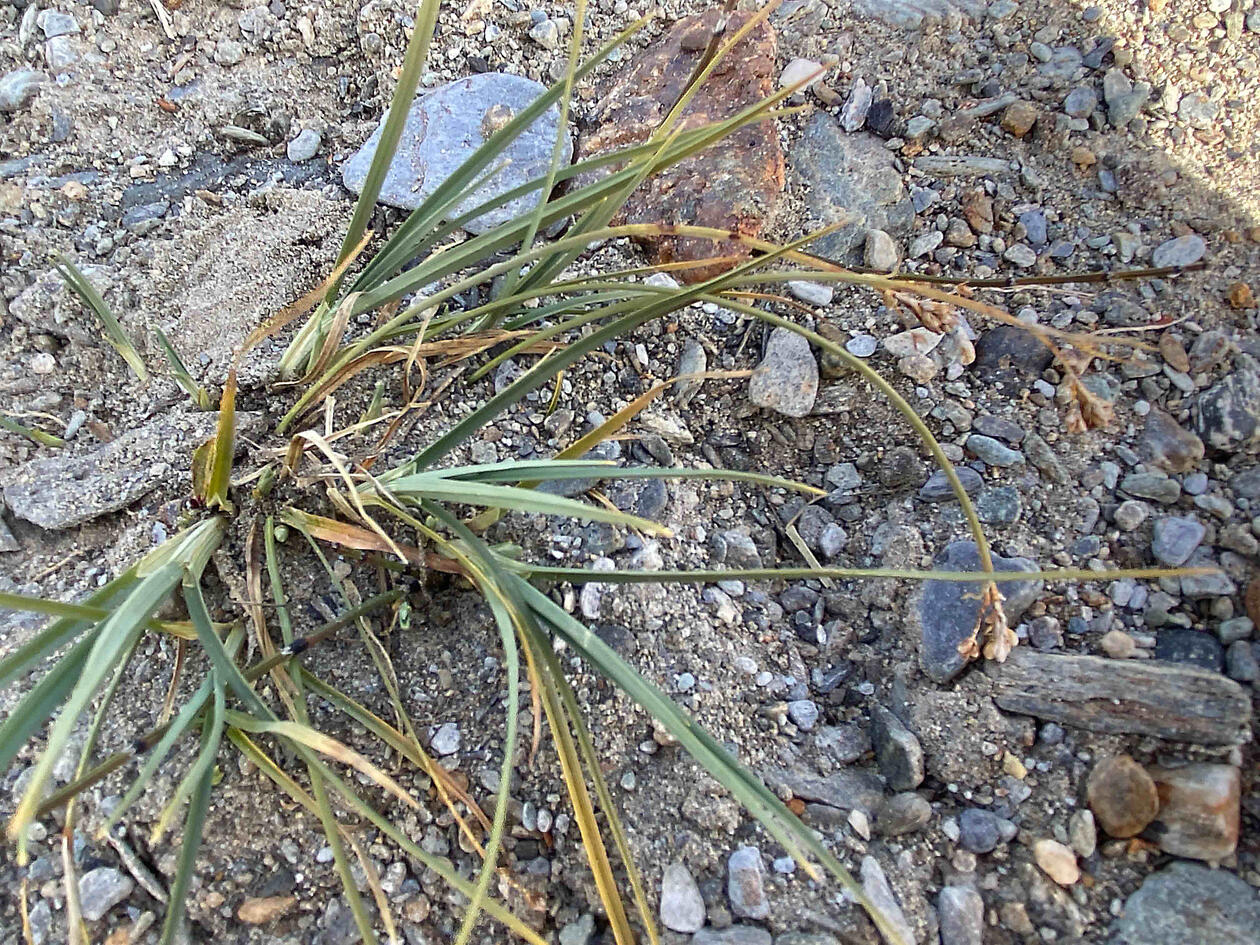 The bicoloured sedge on the river bank in Unndalen on Dovrefjell.
Photo:
Bjørn Moe 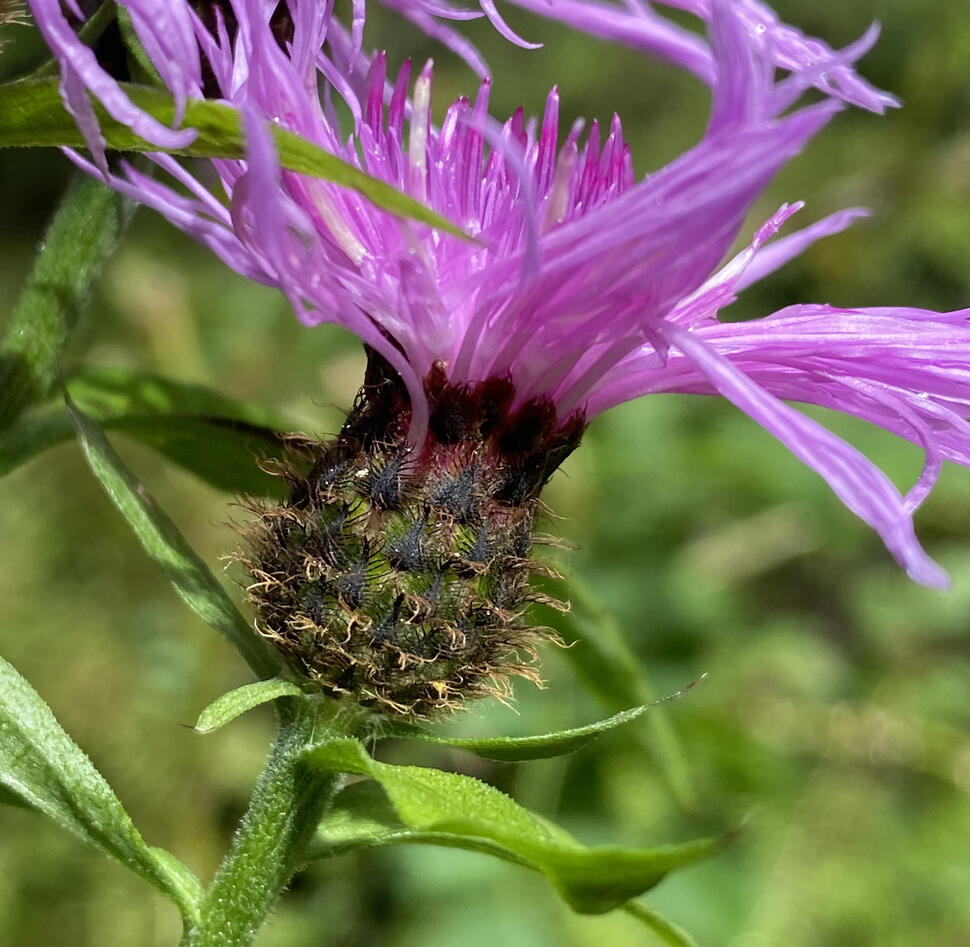 Wigwort can be recognized by the brownish-black bracts having appendages with long fringes.
Photo:
Bjørn Moe 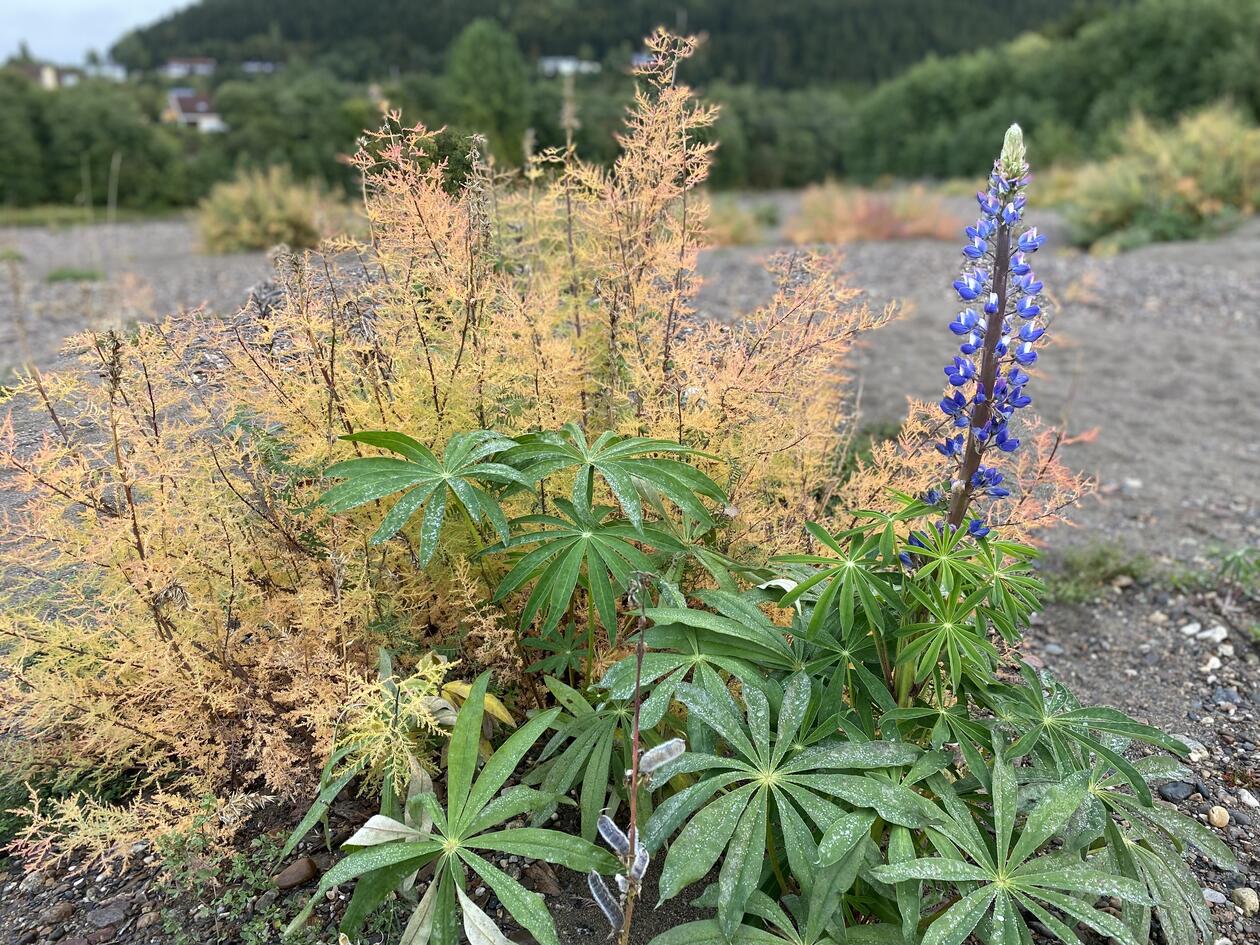 On the river island near Grong, klåved has competition from garden lupine.
Photo:
Bjørn Moe