This year, the collection of species rhododendrons is in a very different state compared to previous years. The plants are in their protective winter coats, still holding back the seasonal development as long as the night frost is refusing to let go of its grip – and it’s all good.

It’s 9 April 2013, and about time to take a look at how the rhododendron plants are developing. Normally, the flowering is well underway this time of year. The early rhododendrons normally flower in March, but this year development has been at a standstill, although the buds have started to open up a little in some species. The buds of Rh. Fulgens display a red colour at the tip. Normally, the big and beautiful Rh. calophytum is blooming at the beginning of April – the bud is a little bit white at the tip, and more than ready to open up. The sunny and warm weather has initiated the opening up of many buds, but the night frost is still keeping them from bursting too early. One that really holds back is the early-flowering Rh. eclecteum var. eclecteum where the bud is still well protected by the sepals.

This is a good thing because in our experience early-flowering rhododendrons that start flowering in periods of mild weather in March, may be completely damaged by night frost in April. Therefore, the current situation is favourable because the buds remain protected due to a long and stable period of chilly weather, not unlike the continental type of climate.

Being evergreen, the rhododendron thrives best in a coastal climate with mild winters. The leaves respond to low temperatures by curling up into cigar-like shapes. This happens because the water moves out of the cells so that the cells shrink. The cellular dehydration gives a lower freezing point and the plants will thus be more tolerant of colder conditions. Moreover, the curled-up leaves reduces the surface, which is an advantage in cold periods

Although we are well into April, many rhododendron plants still have their leaves curled up.  This is unusual, but it bears witness to the fact that the plants are still in their winter coat and this is well coordinated with the opening up of the buds, which will not burst before time is right.

One should be cautious about predicting how things may turn out, but if the weather conditions change completely and spring will be mild and moist, we may have a “rhododendron-explosion" period when many of them will be flowering simultaneously. It remains to be seen if this will be a year when spring arrives late, but in all its glory, and not a spring with frequent variations from cold to mild periods which we are accustomed to in Western Norway. 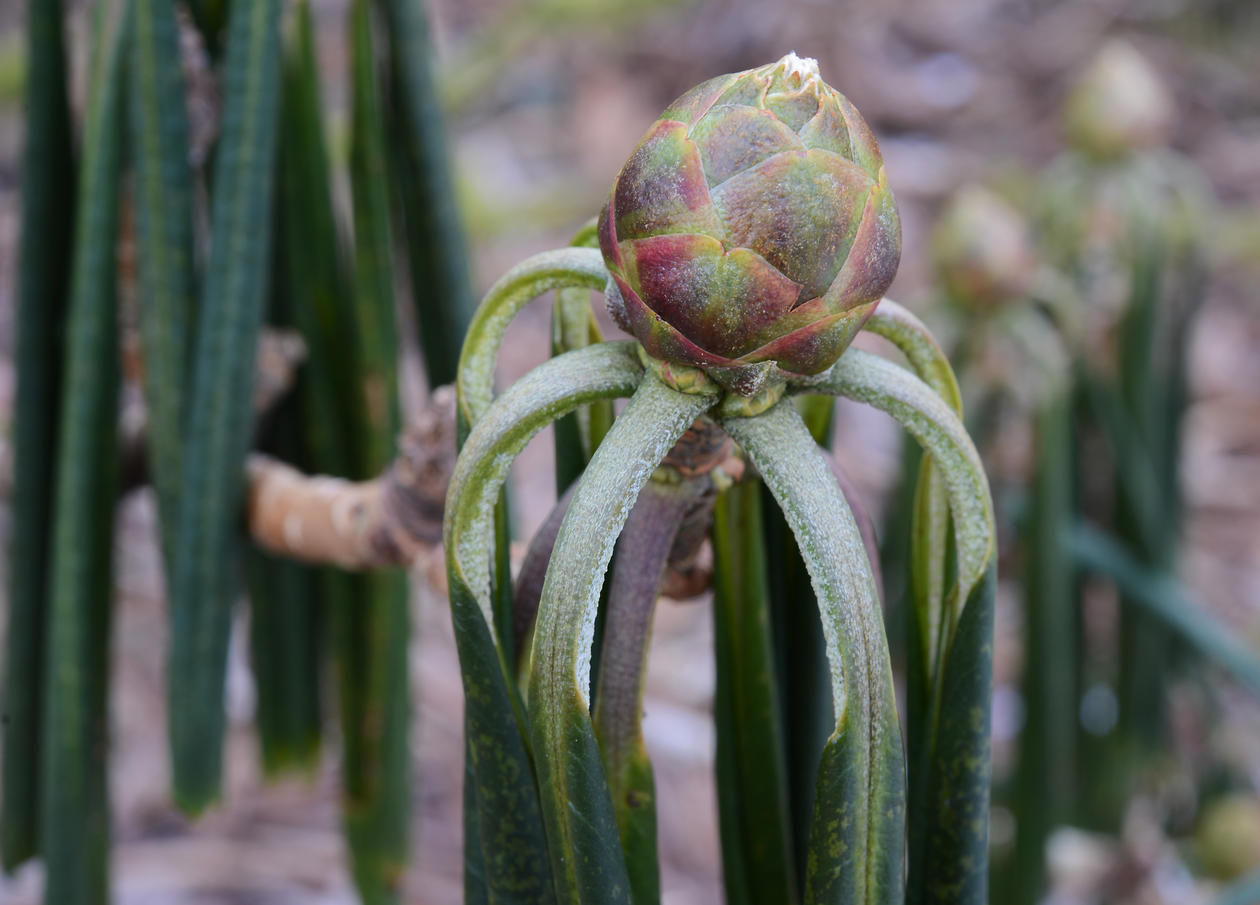 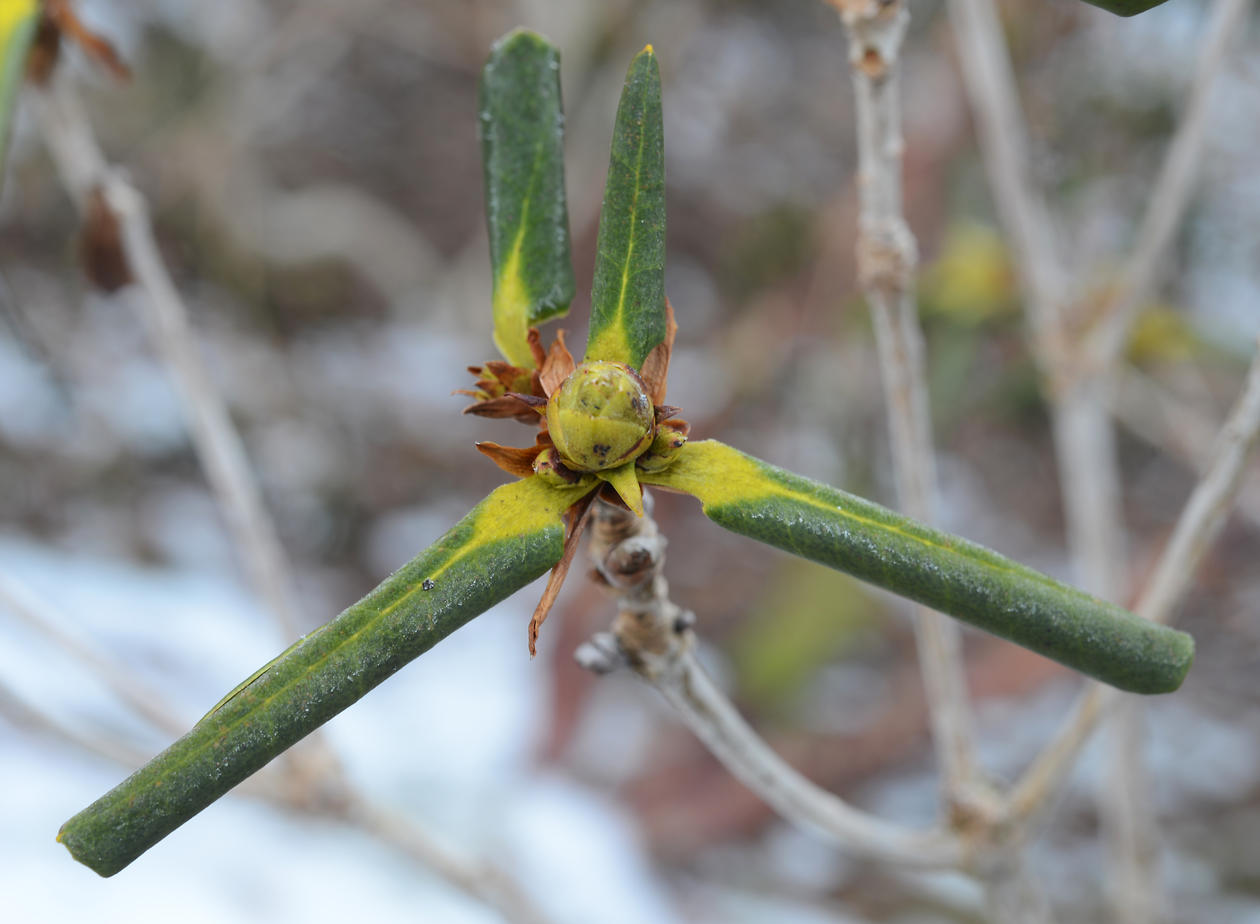 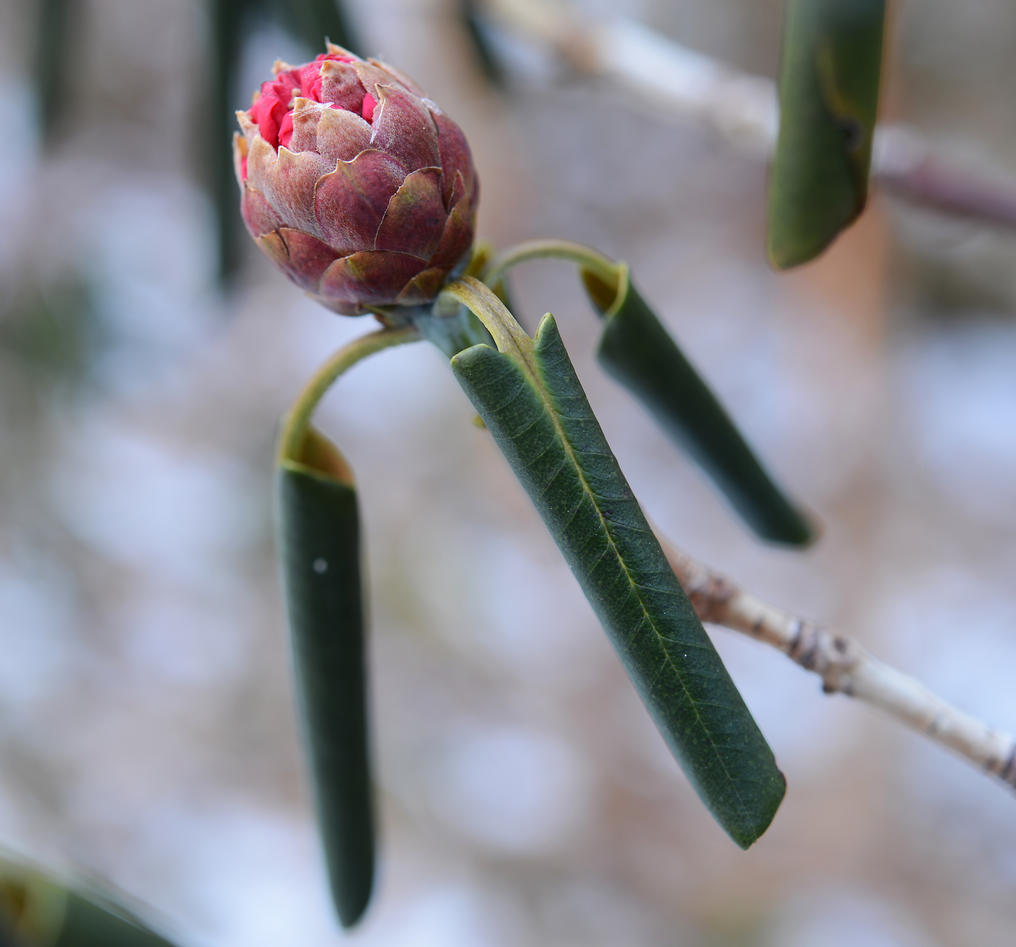 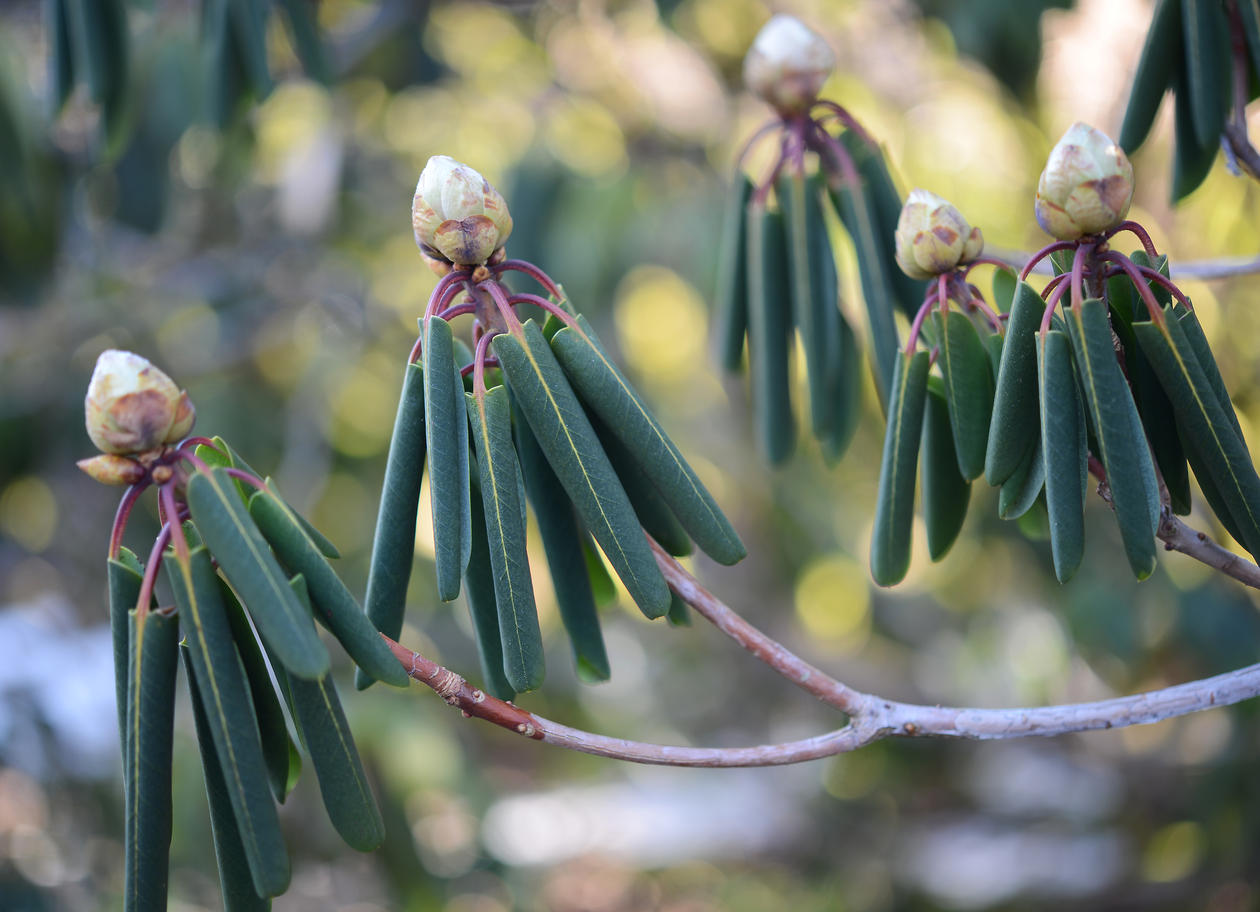