Major clearing-up after the storm

That trees like spruce and hemlock are uprooted in the Arboretum is not that important, but it is much worse when the storm takes a big bite out of the valuable collection of robles (Nothofagus). The valley of robles is now a shadow of its former self.

The Nothofagus trees, N. antarctica and N. pumilio,originate from seeds that were collected on an expedition made by Nordic countries to Argentina and Chile in 1975 and the collection is considered to be a large and important collection in the Arboretum. Luckily, some of them survived the storm, but our Nothofagus collection has now been significantly reduced.

The storm "Nina" has left its marks in many places in the Arboretum. This is what is to be expected as we knew about the strong forces of the wind, at any rate heavy storm, or even more with gusty winds in the afternoon and evening on Saturday 10 January. The wind direction was westerly - north-westerly, and as is normal, the pine forest is located in the most exposed areas. But again, we see that the endemic pine trees do well. Very few trees were blown over by the wind except for some broken branches.

Further into the Arboretum, a number of large hemlock trees have been tipped over along the road. But we do not consider this to be a big problem, rather the contrary, as the seed trees produce unwanted natural reseeding and many new, small plants of hemlock in the forest.

This time, several big and tall Sitka spruces at Mørkevågen have also been blown down by wind and storm; not surprisingly, as these are the highest trees in the Arboretum with trunks up to c. 40 m. But the trees still standing here that were planted in 1928 got a much tougher treatment during the last heavy storm on 5 December 2013. But just like then, we now need the help of logging machines to cross-cut the enormous trunks.

In the north part of the Arboretum, we have a valuable collection of various types of true fir, and as far as we can see, both the Abies normanniana og the sub-species ssp. equi-trojani have been hit by the storm, but luckily we have planted several of these trees so the collection will remain. 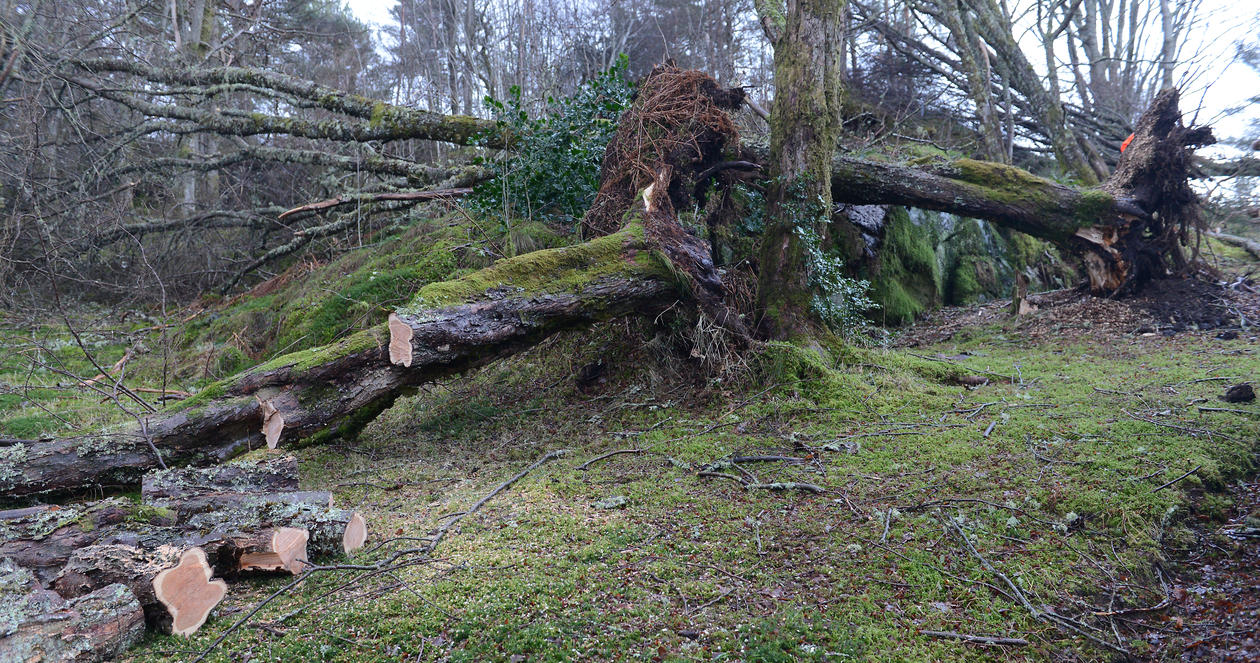 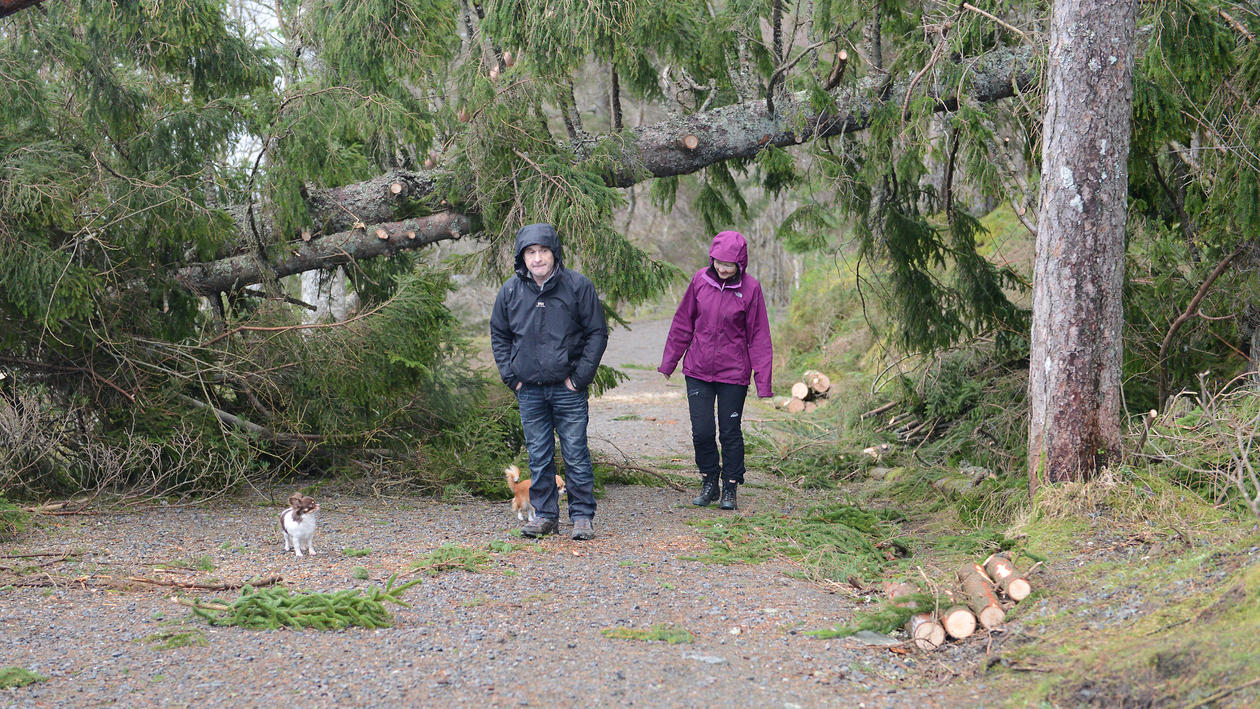 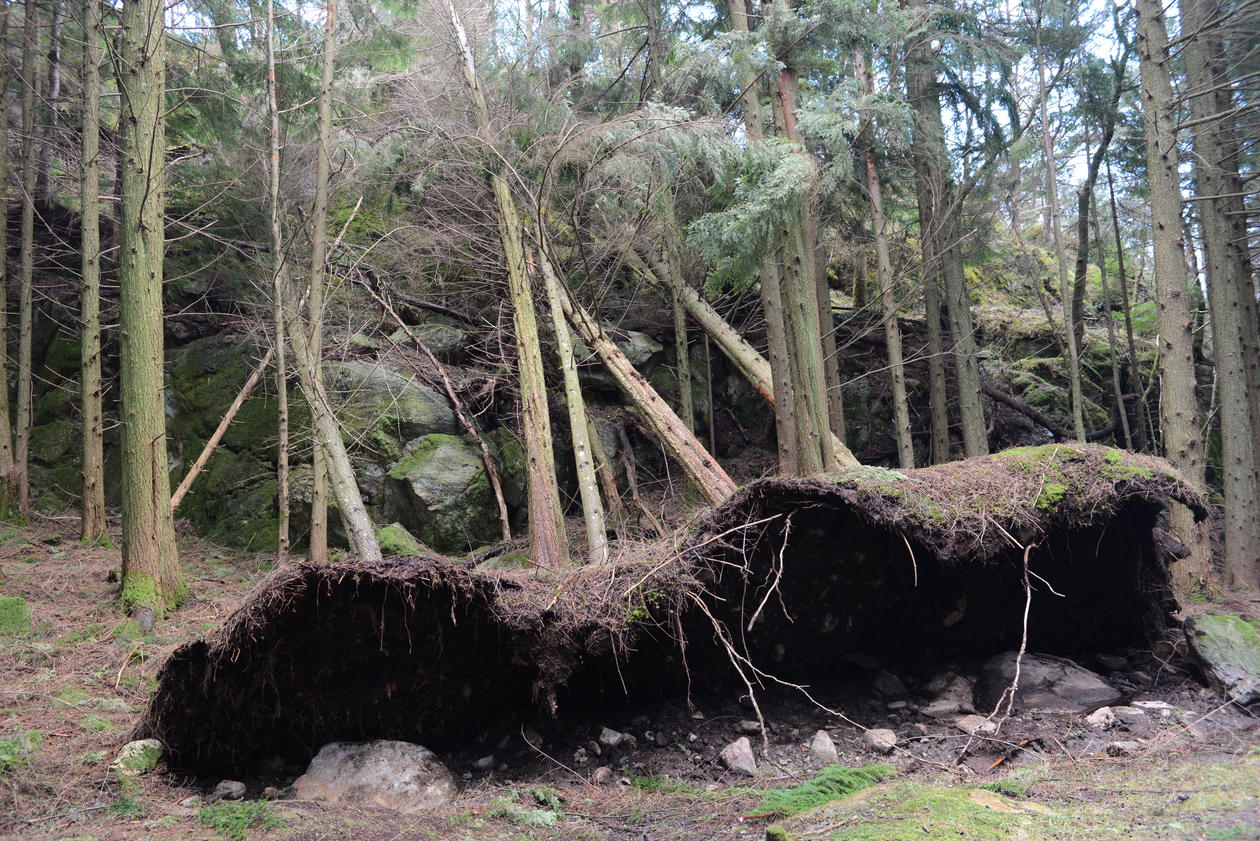 Overturned hemlock on the road to Oldertøset.
Photo:
Bjørn Moe 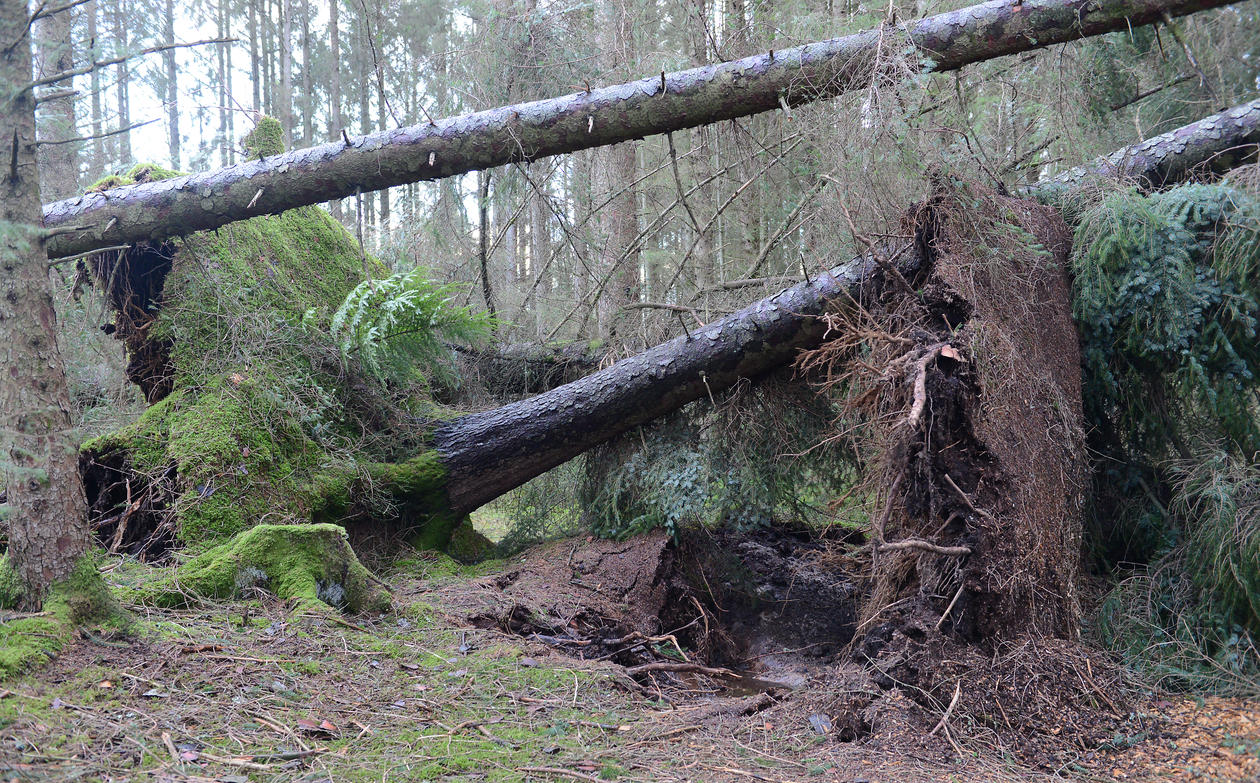 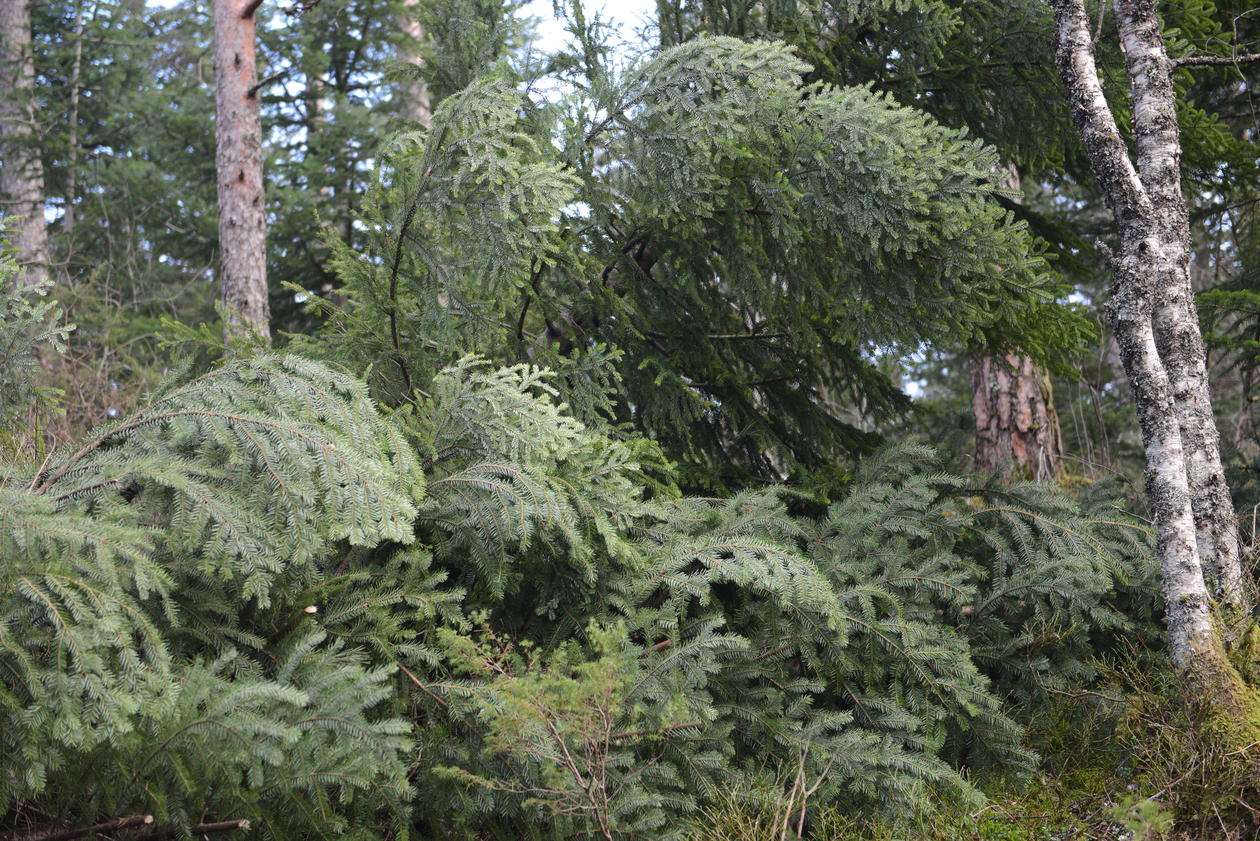 Abies normanniana was knocked down in the storm.
Photo:
Bjørn Moe