The research process can be arduous, but few projects are also beset by as many natural disasters as the Peanut butter - B12 study by CIH researcher, Tor Strand, and colleagues in Nepal.

The ground-work for the current study was established in a number of studies conducted by Strand and co-workers in Nepal, India, and Tanzania. Since 1998, they have been investigating the effect of nutrient exposure in early life on subsequent growth and cognitive development in children (learn more from the VitaBeginning website).

The focus on this study is B12. B12 supplements are not expensive, and it may be that supplementation can greatly enhance health, especially in children. Strand and his partners were granted funding to undertake a randomised control trial (RCT) in infants in Nepal. In a blind trial, meaning the researchers did not know which child received what treatment, some children received a daily supplement of peanut butter with B12, some with only peanut butter. The children’s B12 levels were measured at regular intervals, as well as their cognitive and neurological development.

One natural disaster after another …

Undertaking a RCT is challenging because of the logistics of dealing with many people – agreements with participants, follow-ups etc. This intervention involved 600 children, and despite the 7.8 earthquake of 2015, the resulting disease epidemics and problems of re-building, political blockades, and the floods and landslides of 2017, only 26 children were lost to the study – an approximately 4% attrition rate!  Tor Strand underlines how this success highlights the hard-work and dedication of the more than 30 people in the project team, who have been working full-time for 3 years.

Intervention studies, such as Randomised Control Trials (RCTs), are costly and time-consuming, but, when undertaken properly with sufficient quality control measures, they are considered to be the «gold-standard» for measuring treatment effect (learn more). In addition, such large studies have important impacts in evidence-based decision-making in health system policy. Learn  more.

The children in this study will be follow-up for an additional 2 years. The results of this study will provide important information about the relationship between B12 and growth and cognitive development, and the data will impact decision-making and vitamin B12 nutrient supplementation in low- and middle-income countries around the world.

Vitamin B12 is important for optimising growth and neurodevelopment in children – and enhancing their contributions to the human capital of the future. It is crucial for normal cell division and differentiation. In addition, it is necessary for the development and optimal functioning of the central nervous system. For example, brain development starts at conception, and the next 1000 days are the most critical time.

The main source of Vitamin B12 in the diet are animal sources (meat, eggs, and dairy). This can lead to low vitamin B12 levels in children and adults in people whose diet includes little or none of this kind of food. For example:

Mothers with low levels of B12 will pass on low levels to their babies during breastfeeding. WHO recommends a minimum of 6 months of breastfeeding only for babies. Some of Strand’s studies have shown infants who are solely breastfed have low B12 levels. 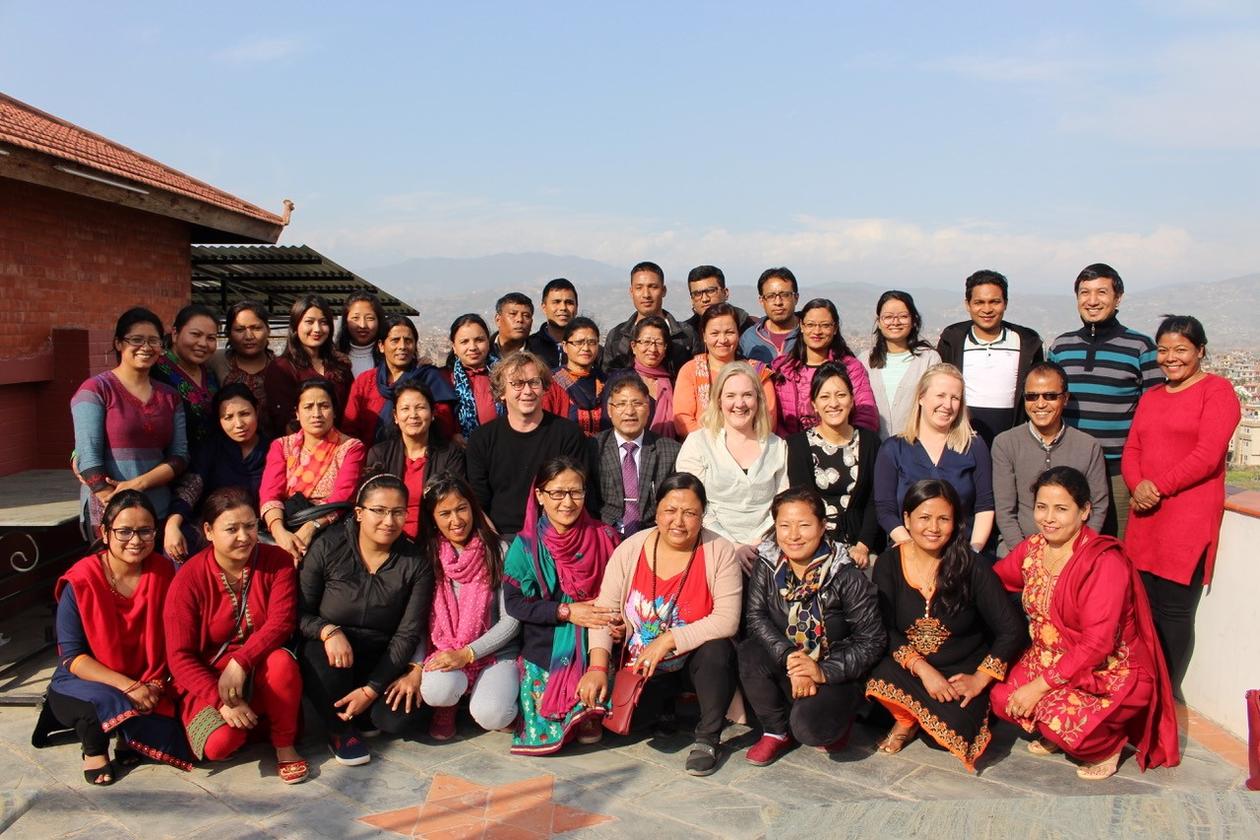 Group photo of the B12 research team, including the Nepalese researchers and the Norwegian ones (Tor Strand CIH, Ingrid Kvestad and Mari Hysing UniResearch / Norce)
Photo:
Tor Strand, CIH