An international team of researchers, including Eoghan P. Reeves of the Department of Earth Science and Centre for Deep Sea Research, has this week in Nature Communications published its first findings on the geological and geochemical setting of the Aurora hydrothermal vent system, the first seafloor hot springs located ~4km under thick Arctic sea ice.

Low sun and thick ice floes and pressure ridges over the Aurora hydrothermal vents challenged operations during the 2019 HACON expedition aboard the Kronprins Haakon, but the research team was able to map and image the 4-km deep vents and provide first indications of the geological setting of this remote environment.
Photo:
Eoghan P. Reeves

An international team of researchers from Norway, Germany, USA and Portugal, including Eoghan P. Reeves of the Department of Earth Science and Centre for Deep Sea Research, has this week published its first findings on the geological and geochemical setting of the Aurora hydrothermal vent system, the first seafloor hot springs located ~4km under thick Arctic sea ice. Using results from ice-breaker cruises in 2014 and 2019, the team argues in Nature Communications that Aurora may well host the kinds of hydrothermal venting that is favorable for abiotic organic molecule synthesis, thus aiding in the search for the origin of life on Earth, but also elsewhere in the Solar System, on ice-covered ‘Ocean Worlds’ like Enceladus, a moon of Saturn.

Understanding and defining the geological environment of the Aurora hydrothermal vents was a fundamental task of our Norges Forskningsrådet FRINATEK project ‘HACON’, according to Eoghan Reeves – “based on a brief initial sighting of the vents location in 2014, the HACON team conducted a detailed exploration, mapping and imaging of the vents using towed systems during a 2019 cruise aboard the Kronprins Haakon, but we could not directly sample the vents. Using the information obtained, however, we were able to create a valuable baseline of geologic information and imagery of this remote and inaccessible ecosystem, which will now aid upcoming chemical and biological research findings from the highly successful second HACON expedition that returned to sample the Aurora vents in 2021, also aboard the Kronprins Haakon”.

German, Reeves and the other authors of the study think this is a very significant finding. They believe that this vent—and others still to be discovered within the Arctic Ocean’s Gakkel Ridge rift-valley floor—could change our understanding of ultra-slow spreading mid-ocean ridges, potentially expanding the estimates of marine mineral deposits, but also serving as natural laboratories to help inform the search for extraterrestrial life.

Reflecting on the findings, German said, “We continue to be surprised by how diverse and wonderful the seafloor is. Every time we go out and explore, we get surprised because we do not just find more of the same. Rather, we continue to find completely new things, different from everything we have seen before”. According to Reeves, the system will soon add a valuable new data point to what is a relatively sparse chemical plot of these particular types of hot springs - “Aurora’s water column plume shares some chemical similarity with hot springs elsewhere, but there is still very much we have yet to learn about the newly discovered site. It will be very exciting now to see if Aurora fits into the chemical plot that we know - or expands it.” 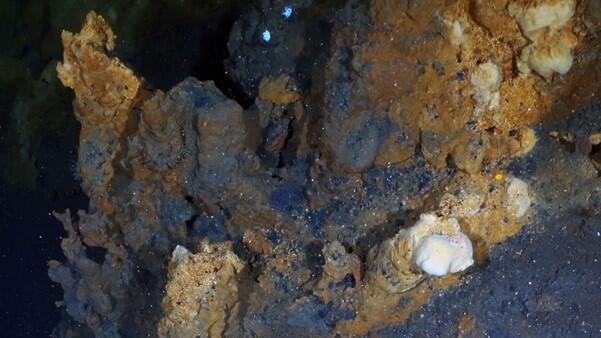 Looking down on tall stalagmite-like hydrothermal chimneys from extensive mineral deposits at the Aurora hydrothermal field, Gakkel Ridge in the Arctic Ocean. Pale cream-colored “blobs” near the tops of some chimneys represent geothermally-fueled microbial life of a kind that could exist on Saturn’s moon Enceladus.
Photo:
©Alfred Wegener Institute 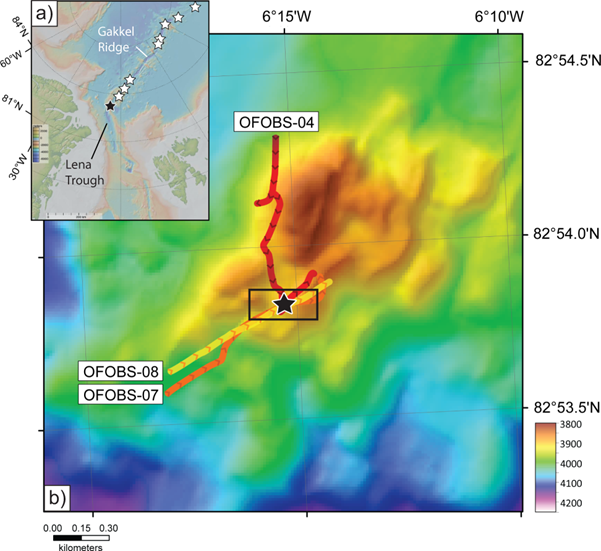 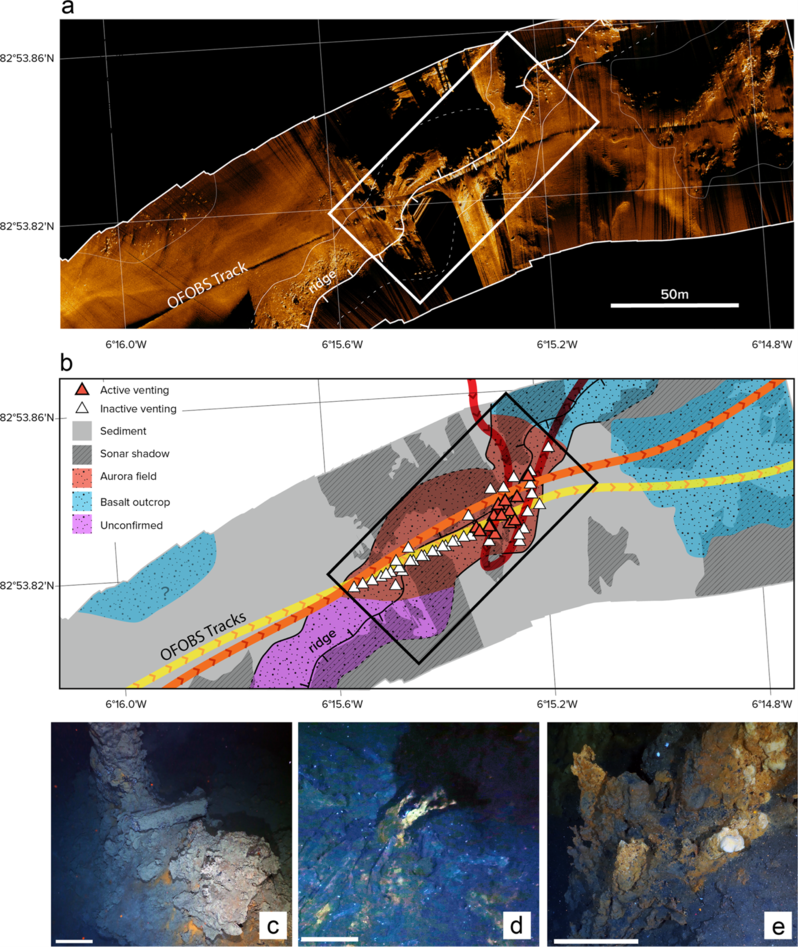 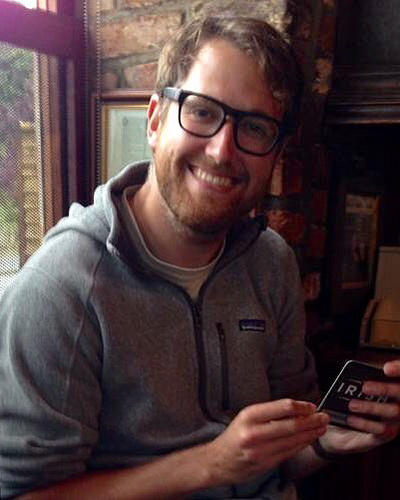