Full house when Lila Abu-Lughod visited Bergen in May

In collaboration with the Department of Anthropology, SKOK invited Professor Lila Abu-Lughod from the University of Columbia to Bergen in the beginning of May 2017.

Abu-Lughod held the lecture "Muslim women and the right to choose freely" to a large audience in the House of Literature.

The visit from the recognized American-Palestinean anthropologist in early May attracted a lot of attention among anthropologists and gender researchers at UiB, who are familiar with Abu-Lughods long academic track record. Her books have had a large impact in the field of anthropology. They include classics such as Veiled Sentiments, where she follows Bedouin women in Egypt, and Writing Womens Worlds, where she fokuses on the particular stories of several different women in order to challenge stereotypes and generalizing representations of culture.

Recently, Abu-Lughod has written extensively on how Muslim women are portrayed in Western discourses on the Middle East and Islam, and in particular, on how questions concerning choice and freedom have been tied to women's clothing. In particular, the use of the veil has been subject to intense debate (see also this recent interview with SKOK's Head of Centre Christine M. Jacobsen).

During her visit to Bergen, Abu-Lughod problematized how Western imaginaries on what it means to choose freely are expressed in the debate on Muslim women's clothes, and how the freedom of choice is constituted as an ideal in the West. 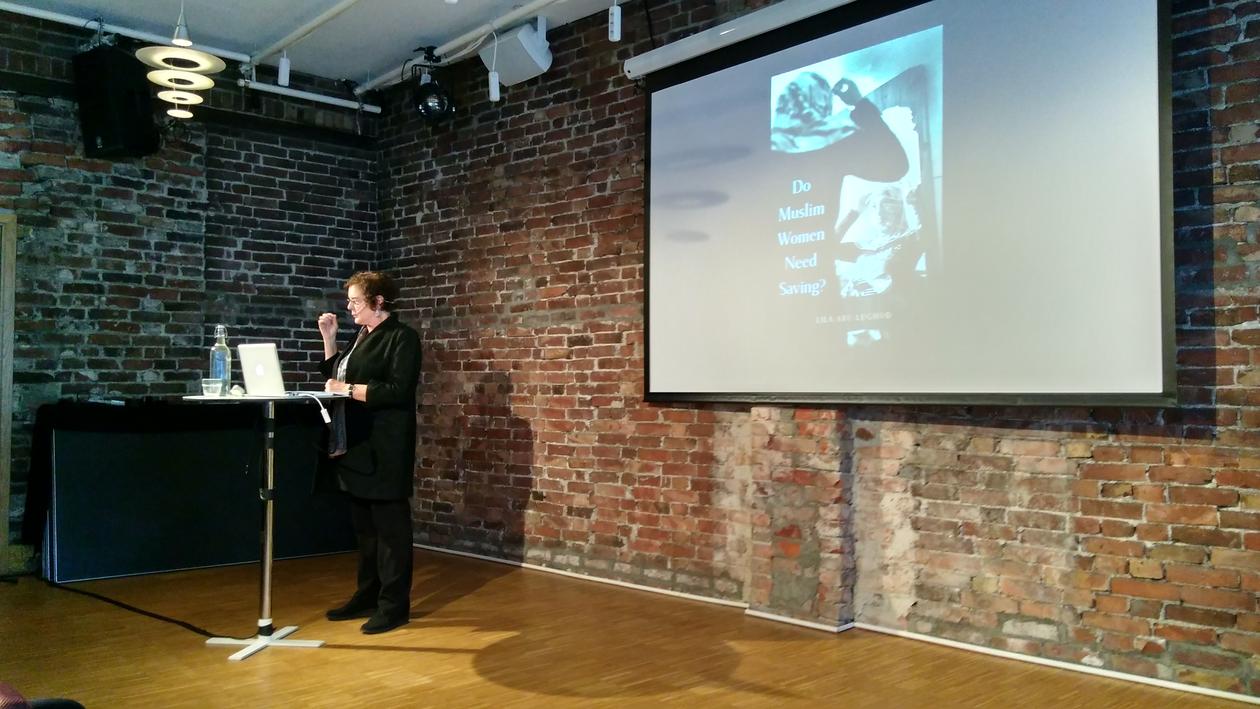 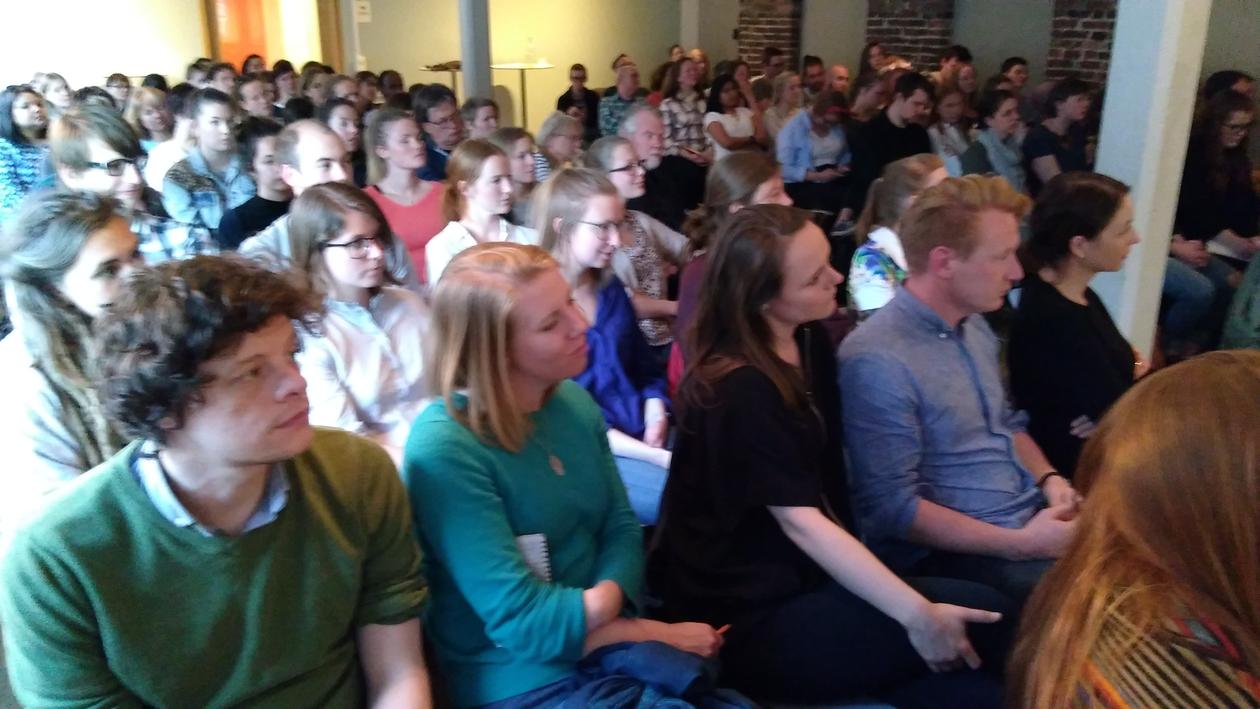 Many people came to hear Abu-Lughod's lecture at the House of Literature in Bergen.
Photo:
Tomas Salem