Skip to main content
Centre for Womens and Gender Research

The ongoing Research projects at the Center for Women's and Gender Research are listed below. Some of the projects have their own web-pages, where you will find more information about each project. You will also find a link with the contact information of the project leader in the list.

Get an overview of the current projects at SKOK. At the bottom of the page you will also find a link to previous projects.

Title: WAIT - Waiting for an uncertain future: the temporalities of irregular migration

Drangsland's project is part of the umbrella-project "Waiting for an uncertain future: The temporalities of irregular migration". She has done an ethnographic fieldwork in Hamburg, focusing on questions of time and irregular migration.

Securing the future: Resilient cities in the context of migration

In what has been declared in political as well as academic debate to be an increasingly complex and insecure world, there is a growing demand for long-term resilience strategies that reach beyond the current state of affairs. For instance, the UN Secretary-General’s High-Level Panel of Global Sustainability’s 2012 report, "Resilient People, Resilient Planet", depicts resilience as a governance response to complex problems in a complex world, based on the assumption that the future is truly uncertain and hence unpredictable. The premise that the stakes of security politics are shifting as new configurations of the future and life itself are emerging – as life (both human and natural) come to be perceived as full of unpredictable and immanent dangers as well as possibilities.

To arrive at a more specific understanding of how resilience-informed security assemblages shape global challenges, the project sets out to examine the semantic production of urban security problematics in the context of migration. Empirically, it focuses on transnational networks where security challenges are shaped and circulated in terms of "best practices" and "smart" security technologies. The project is particularly concerned with possible reconfigurations of gendered and racialized challenges opened up by future-making practices in the present.

My project aims to explore the impact of the #metoo movement on the stratified institutional structures of academia in Norway, Estonia and South Africa. I aim to place the discourses that surround sexual harassment within academia into a transnational context. Considering the Global North/Global South binary through the three locations I have chosen, I want to trace the dynamics of global production of knowledge and the effect of the #metoo moment on the local contexts. I look at three main elements: institutional practices, critical pedagogies and visual arts. Firstly, I am interested in how discourses that surround sexual harassment are related to gender, sexuality and power as well as regimes of truth and hegemonic practices within higher education settings. Secondly, in addition to university practitioners, I engage in dialogues with students and their views on how survivors/victims of sexual harassment tell their stories in the context of #metoo academia. Thirdly, because new knowledge is needed on remembering/retelling, representing and resisting practices regarding stories of sexual violence and harassment, I would like to create an archival and exhibitionary space for forms of activism, performance, and art that disrupt and destabilise everyday gender and sexual injustices.

Title: FEMSAG - Feminist theory after sex and gender: The nature-nurture complex in contemporary feminism reconsidered in light of the Developmental Systems Theory approach to the philosophy of biology

FEMSAG is a cross-disciplinary and methodologically novel research action that will subject prevailing assumptions about the nature-nurture issue within feminist theory to close scrutiny. Such an endeavour is highly pertinent in light of a persistent interest – and often belief – in “essential” sex differences not only among the wider public, but also among practicing scientists focusing on the “biological basis” of behaviourally expressed sex differences. Instead of producing yet another critical review of research methods and unexamined assumptions underpinning such essentializing accounts, however, FEMSAG seeks to tighten up and strengthen the conceptual apparatus that is usually deployed by feminist scholars in their critical engagements with such accounts. This objective will be pursued by examining key bodies of work within feminist theory and science studies through the lens of Developmental Systems Theory (DST), which is an approach in the philosophy of science/philosophy of biology that foregrounds the active role of the organism in the interactive and multi-dimensional constitution of its developmental trajectory. The three bodies of feminist scholarship to be examined through this approach are contemporary feminist science studies (especially the new field of so-called “neurofeminism”), the naturalist turn in feminist theory (epitomized by the work of the Hungarian-Australian feminist philosopher Elizabeth Grosz), and Simone de Beauvoir’s classical existential-phenomenological approach to feminist theory.

Our project is called Native/Immigrant/Refugee: Crossings and Divides, and it explores the interrelationships of the categories “native,” “immigrant,” and “refugee” at a time of tightening borders.  Refugees, immigrants, and natives—whether indigenous persons or not—are typically constructed as separate categories, and thus studied in isolation from one another.  But each term is entangled with the others.  These identities can serve as the basis of claims and entitlements, or be used to cast persons outside borders of belonging.  Our key questions look to the interrelated legal and cultural construction of these three groups.

Anticipate visits to exchange research and a workshop to be held in Norway in the fall.

Planning for pluralism (PLANPLUR) analyzes security measures directed at populations in so-called "vulnerable areas" in Sweden. In these areas, there are a number of preventive measures, where police, public agencies, voluntary organizations, and private businesses collaborate to counteract crime and violent extremism. These measures represent a gradual and partial shift in governance, from traditional, centralized security policies, to more emphasis on the responsibilities preparedness of local communities. This trend reflects a international orientation towards resilience-thinking in urban security politics, and is salient in the national Swedish police reform of 2015. PLANPLUR examines how this reorientation creates new challenges - and solutions - for preventive policies. However, as the shift in paradigm is only partial, and traditional and innovative logics of governance coexist, new conflicts and dilemmas arise. And since these are the result of arbitrary logics of governance, it is not possible to solve them through ordinary tools for problem-solving. Conflicts of governance cannot be solved, only dissolved. This is achieved through new communication strategies. The significant emphasis on communication is thus not only about practical-political coordination of collaborative efforts between stakeholders, but is also about the creation of narratives and about the aesthetic and affective use of "facts" in order to create common visions for the future for urban residents and involved actors.

The Phd. Project of Emily Maddox is researching autism and how autistic individuals relate to, and construct, their gendered identities. In particular, how do autistic individuals negotiate their gendered identities in relation to their autism diagnosis?Autism has a long history which connects it to a gender essentialism, in particular a male gender essentialism A binary understanding of gender, however, is not how many with autism relate to their gender identities. There is an over-representation of autistic individuals who do not identify as men or women but who rather identify as a-gender, gender-queer, non-binary or trans gender to name but a few of these categories. These identity formations are often deeply embedded in the politics of neurodiversity. This project will examine how autistic people relate to the neurological positioning of autism in conjunction with their gender identities and how this is related to a politics of difference, or ‘dis-identification’, which is promoted through the neurodiversity movement (Braidotti,1993). This thesis posits that autistic people are constructing emergent ontological positionalities which are troubled by and troubling to the discursive construction of autism.

Feminist new materialism and post-humanism theories are the most suitable theoretical tools for analysing the problematics at hand. The feminist post-human and new materialist philosophies are able to account for autism as biological and allow for ontologies to be situated as relational and, as connected to narrative and discourse. The post-human will be mobilised as a ‘cartography’ (Braidotti, 2013). This methodology can examine the current configurations of autism and gender which will allow them to be understood as contingent upon wider gender relations and conceptualisations of the human in the late twentieth and early twentieth century.

Shut your sexist mouth up! and other travelling discourses.

Dinara is doing a PhD project in Gender studies on intersectional feminist discourses.

This PhD project looks at how intersectional feminist discourses travel across borders and how they get used, transformed and appropriated in Russian-speaking feminist online spaces (feminist public pages and groups on vk.com and beyond). My project is situated within debates on geopolitics of knowledge production within gender studies and feminist activism; translation and transnational circulation of feminist texts, theories and activist frames and feminist critiques of intersectionality

The project is ending in late autumn 2021.

The Medical Humanities is an interdisciplinary field of enquiry in which the methodologies and perspectives of the humanities, the social sciences and the arts are brought to bear upon medical education, ethics and practice. This interdisciplinary collaboration has a key role to play in analysing the role and ethics of medicine, and the relationship between medicine and broader ideas concerning health, illness, wellbeing and justice.

Processes of globalization have blurred national boundaries and challenged the idea of the national state and universal citizenship. Through the differentiation of citizenship rights and entitlements a flexible, compatible economy is ensured by privileging certain populations, while preventing others from obtaining the same rights and entitlements. At SKOK, researchers are particularly interested in the topic of differentiated citizenship that relate to gender and sexuality, migration and questions of justice. 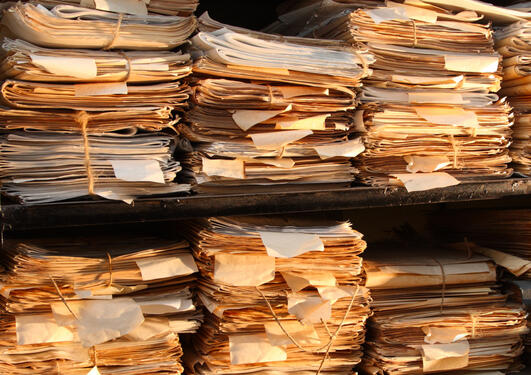 Here you will find a list of previous research projects at SKOK, and contact information of the researchers in charge of each project. 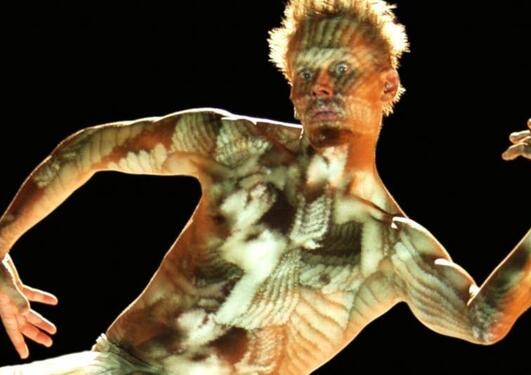 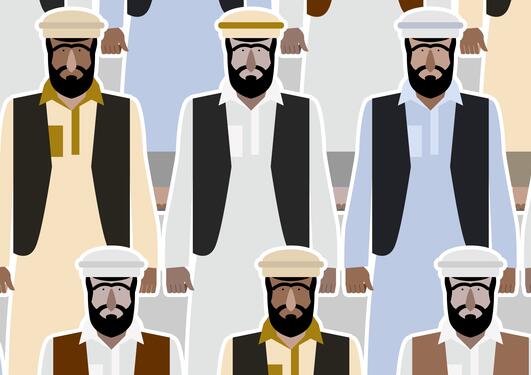