There has not been added a translated version of this content. You can either try searching or go to the "area" home page to see if you can find the information there
MASTERPROSJEKT - ENERGI

The Tampen Spur is a cross-border structural element in the Northern North Sea which comprise large discoveries such as the Snorre Field, with main reservoir in the Lower Jurassic and Triassic. The largest oil discovery so far in 2020, Dugong, is a downfaulted trap on the NW flank of this structural element which, although not testing Triassic, attest to the remaining petroleum potential in this area.

Compared to the more conventional Jurassic intervals, the Triassic strata has received less focus as an exploration target despite of the proven potential in the Snorre Field. Several structures with traps at Triassic level remain undrilled, and the interval has significant potential as an underexplored play. To better understand and de-risk these undrilled Triassic targets, it is important to understand what the different reservoir intervals consist of and how the different reservoir rocks are distributed and preserved.

Both the Statfjord and Hegre groups comprise reservoir intervals with different characteristics and nature that influence their distribution and diagenetic overprint. The Lunde Formation is an example of a reservoir interval that change in character from mainly terrestrial on the Tampen Spur to shallow marine on the Manet High, whereas the Lomvi Fm comprise fluvial and aeolian deposits with much better reservoir parameters compared to the surrounding, somewhat kaolin-bearing, Teist and Lunde Formation. Also, in the overall terrestrial stratigraphy of the Triassic, top and base seals are important constraints for potential reservoirs, and the integrity of these seals also depend on the depositional environments. Understanding the control on sedimentary environment will be of great importance for how the potential reservoirs assessed.

Petrolia Noco is a Bergen based exploration and production company with interests on the Tampen Spur. The student will work closely with our young and dynamic team of geologists and geophysicists looking at regional well- and core datasets and 3D seismic data in order to explain the evolution and preservation of Triassic reservoir rocks in the area.

The project will be based out of the University of Bergen, but with regular visits to the offices of Petrolia Noco. Here, the student will be introduced to the project and relevant data. The student will work mainly with the industry standard interpretation software such as Petrel but other relevant software tools will also be considered. Study of relevant core intervals at the Norwegian Petroleum Directorate core store in Stavanger will be performed.

The goals of the thesis will be as follows:
1 – Determine thickness of different intervals in the Triassic package in the Tampen Spur area.
2 – Examine which sedimentary environments are present in the area, how these vary laterally, and how these are controlled by tectonics and distance to source area.
3 – Use chemostratigraphic data to correlate between different stratigraphic units.
4 – Discuss potential variations in reservoir properties and sealing properties in the Triassic package on the Tampen Spur

Other relevant courses if the student already has taken some of the courses above:
GEOV302 / Dataanalyse i geovitskap (10 ECTS)
GEOV251 / Videregåande strukturgeologi (10 ECTS)

Prerequisites
The student must have a basic understanding of topics relevant for sedimentology and structural geology, and preferably some proficiency in seismic interpretation and vector drawing software. 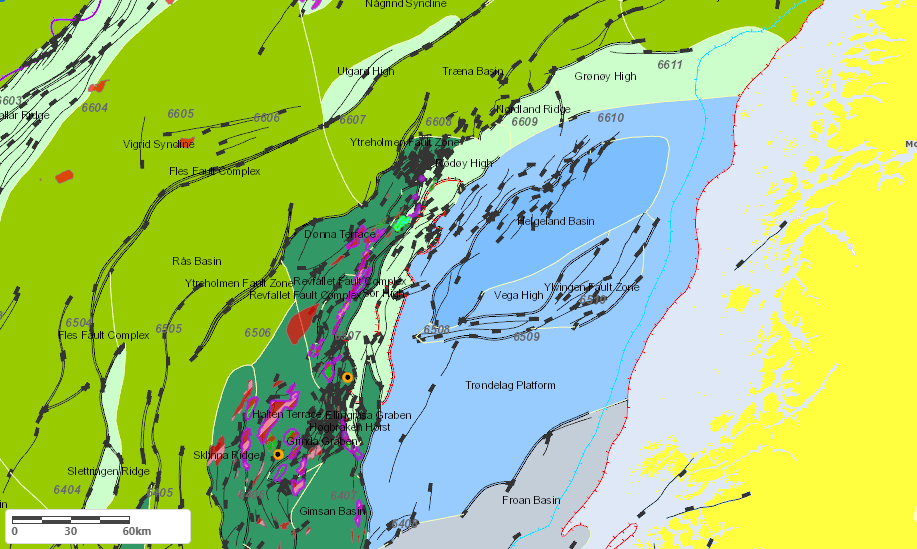 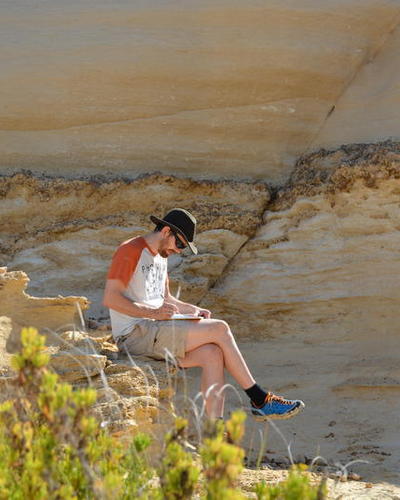