On the specificity of Lebanese diasporic patriarchy

Questions regarding migration and patriarchy, in particular the Lebanese diaspora, were debated during Ghassan Hage's visit in Bergen.

Migration researcher Professor Ghassan Hage shared some ideas from his coming book which is based on 25 years of field research all over the world when he visited Center for Women's and Gender Research (SKOK) in March 2019.

Hage has followed Lebanese families that have migrated to countries like Venezuela, USA, Brasil, France, Australia and Canada. His point of departure has been a particilar village in Lebanon and he has followed extended families having migrated from this village. Hage's understanding of migration is reflecting his way of doing anthropology; structures and actions found in the diasporic communities are reflecting the development in the village.

If you are gender sensitive and you are doing ethnography, it is impossible not to start thinking about how gender exists as a dimention of what you are studying

Where does his interest for research on migration and gender come from?

"Quite indirectly, actually," Hage says. "I did my PhD on Christian Lebanese fighters in the civil war, and I discussed whether this was a class war or a religious secterian war. The debate on class versus enthnicity was very important in the politics of Australia at the time.

The politics of multiculturalism

His background from similar debates in the Lebanese war allowed him a different take on the the Australian debate on multiculturalism. He furthermore got involved in Lebanese organisations, having a Lebanese background himself, and through these organisations he started to work with Lebanese in Australia, and then followed them out into the world.

"Regarding the interest for gender, if you are gender sensitive and you are doing ethnography, it is impossible not to start thinking about how gender exists as a dimention of what you are studying. You observe relations between men and women, you observe certain patterns and you start noticing there are certain ways Lebanese men behave towards their wives across cities."

"In the village in Lebanon I tried to find people who had migrated to all the typical places for Lebanese migrants who were willing to let me stay in their homes."

For three years, Hage travelled from country to country and mapped the contact between families from the number of phone calls made to the flow of money between them.

"It resembles the classic Kula circulation of gifts and commodities at Papua New Guinea. The detailed ethnography allowed me to think through circulation and crises. The families, on the one hand, have many things in common, but at the same time have many things that are not in common. People experience different tensions."

These different tensions and challenges they have in the different countries is related to class. When they gather in Lebanon, these differences becomes visible. The people from Venezuela, for example, play out their Venezuelan identity when they meet in the village in Lebanon."

"It is this constant tension and split within the individuals I argue is solved through patriarchal management. Men are projecting their inner tensions on the couple and face the capitalist market by offering their women to the capitalist market, in order to keep to themselves the feudal/traditional ethos that they continued to morally valorize. Men valorize the money women bring into the household, while at the same time devalorizing them morally for doing that very waged labour. This is the logic that was made international through migration." 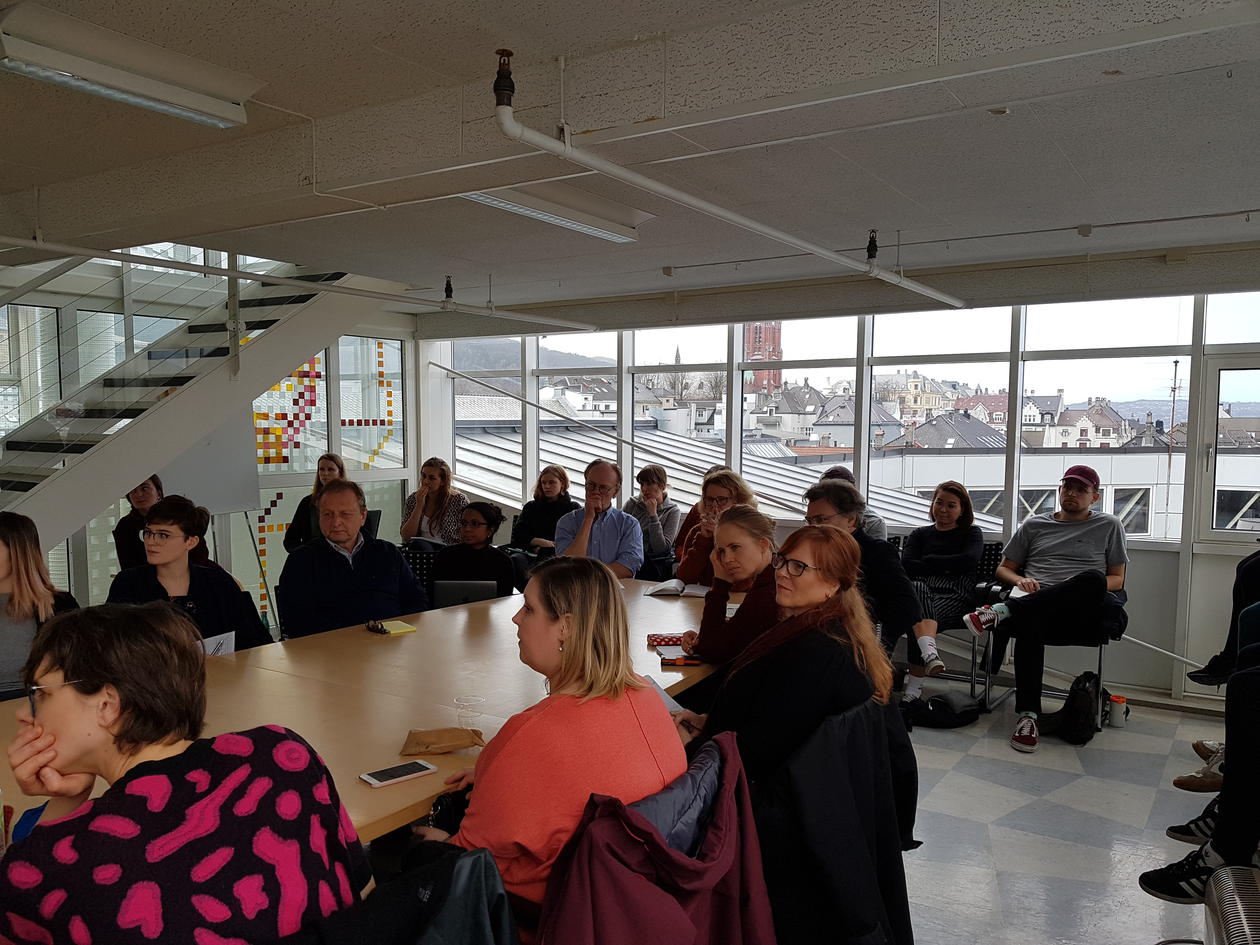 It was crowded at Hage's presentation March 21st.
Photo:
Janne B. Bøe, UiB 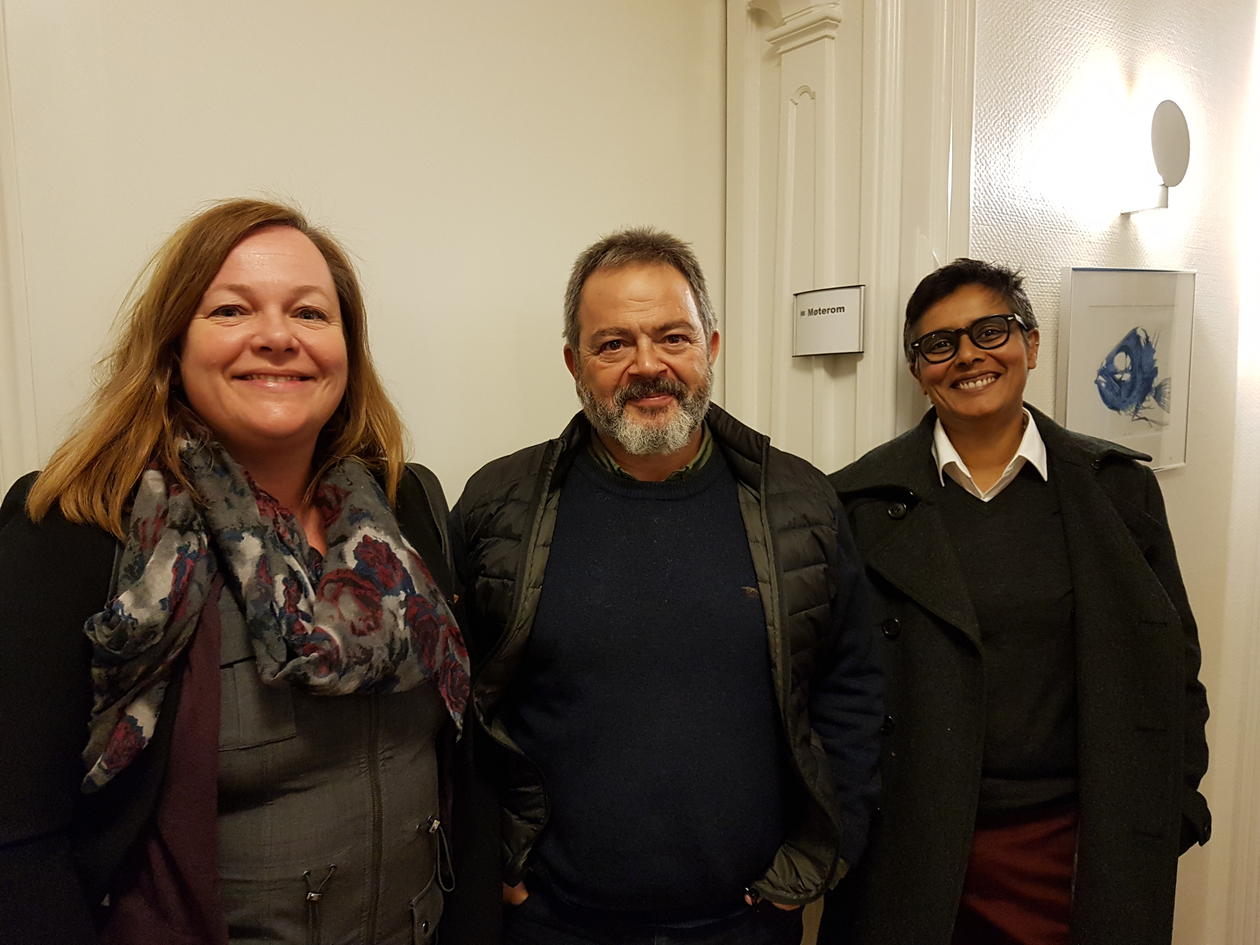 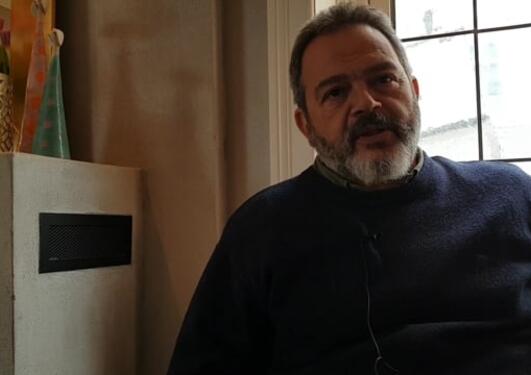 Professor Ghassan Hage on waiting as an analytical category in migration studies. 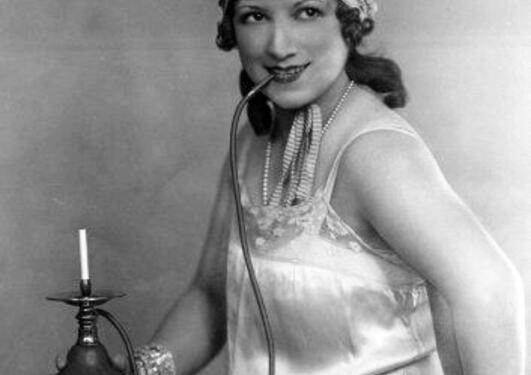 Professor Ghassan Hage presents his paper "The patriarchal management of what to keep and what to give of oneself in the making of Lebanon’s diasporic modernity".