UiB researcher Redi Koobak is one of the editors behind the new volume Postcolonial and Postsocialist Dialogues: Intersections, Opacities, Challenges in Feminist Theorizing and Practice.

The book was released by Routledge on 23 March 2021 and can be purchased as a hardback or e-book, and also rented as an e-book.
Photo:
Routledge

Redi Koobak, postdoctoral fellow at the Centre for Women’s and Gender Research at UiB, co-edited the volume with Madina Tlostanova, Professor at Linköping University, and Suruchi Thapar-Björkert, Senior Lecturer at Uppsala University. The book explores the possible resonances and dissonances between the postcolonial and the postsocialist in feminist theorizing in practice.

According to Koobak, the volume grew out of conversations that started at a conference that she organised together with Madina Tlostanova and Suruchi Thapar-Björkert in April 2015.

"As feminist scholars from Estonia, non-European Russian/former Soviet colonies, and India, living and working, at the time, in Sweden as “non-Swedes” like we used to call ourselves, we often found ourselves disidentifying with Western feminist academia through our specific overlapping and unfixed postcolonial and postsocialist positions."

"The conference drew lots of interest and we then had the idea to gather and further develop these enthusiastic exchanges."

A departure from conventional academic writing

In the volume, the editors chose to experiment with different formats such as interviews, dialogues and conversations, weaving them in between more traditional chapters. They initially opened up for these different formats to make room for in-depth conversations with scholars with diverse, dynamic and interesting perspectives rather than adhering to more conventional chapter writing processes.

"Then, in the process, we quickly realised that the conversational mode that emerged was actually very productive and important as it allowed us to really tease out the existing and potential resonances and dissonances between postcolonial and postsocialist analytics. There was something about this topic that could be captured best in a dialogic form, as processual, ongoing, ever shifting, unfixable."

Productive convergences between the two discourses

Koobak says that just like with the conference, the editors wanted the book to spark and consolidate focused dialogues on the theoretical, temporal and spatial intersections of postcolonialism and postsocialism in present-day geopolitical climate.

"We felt that there was a need to scrutinise closely how postcolonialism and postsocialism are currently understood and in particular, how these concepts are figured in feminist theorizing and practice."

Postcolonialism and postsocialism are both concerned with legacies of imperial power, dependence, resistance and hybridity, according to Koobak; pointing to multiple productive convergences between the two discourses.

"Yet, the postcolonial is commonly equated with the Global South, rarely addressed through post-socialist perspectives, while at the same time, postsocialism is often only associated with Central and Eastern Europe, post-Soviet countries in the Caucasus and Central Asia, and China – sites that are always already interwoven with a (post)colonial world order and almost never seen as decolonizing."

The volume thus brings together various attempts to understand if and how postcolonial and postsocialist dimensions of the human condition – historical, existential, political, and ideological – intersect and correlate in feminist experiences, identities, and struggles.

A multitude of different voices

Koobak describes how she and her co-editors worked really hard to include a multitude of different voices from a variety of disciplinary, geographical and historical specializations. Their aim was to investigate the intersections, opacities – the untranslatable experiences, concepts, ideas – and challenges between the two critical discourses in feminist studies.

We very much hope that this volume inspires more of these kinds of conversations that, for instance, bring together regions that may never seem relevant to each other or introduce entirely new sets of questions about geopolitics and corpo-politics. There is definitely more work to be done!

Madina Tlostanova is a decolonial researcher and professor of postcolonial feminism at Tema Genus. She is involved in many projects inside and outside academia related to political art, decolonizing universities and museums, feminisms of the Global South.

Reviews of the volume

Reviews so far have been positive; praising the anthology as “timely” and “[tackling] the delicate challenge of theorizing from non-dominant positions” and its group of authors as “exemplary and diverse.”

One review states that “[t]his collection will be of great interest to researchers, students and general readers interested in contemporary women and feminist writing across the geopolitical East, West, North and South.

It illuminates powerfully how people in different locales theorize, argue and negotiate the meanings of postcolonialism, postsocialism and their own role as intellectuals, educators and activists in the making or unmaking of the oppressive historical systems and relations underlining these phenomena.”

The editors invite all interested parties to join their festive book launch over Zoom!

The following speakers will talk about different aspects of the themes the book raises:

The conversation will be moderated by Kari Jegerstedt, Centre for Women’s and Gender Research, University of Bergen. 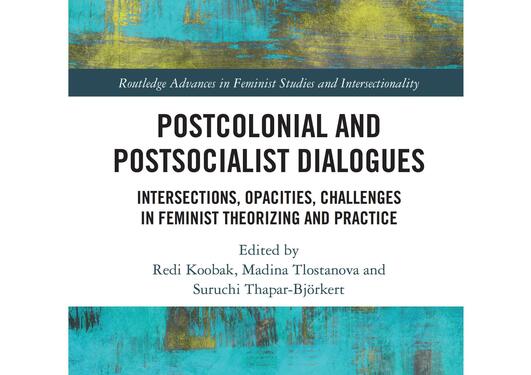 The book launch for Postcolonial and Postsocialist Dialogues: Intersections, Opacities, Challenges (Routledge, 2021) was held over Zoom on Tuesday June 8 from 3pm (UTC+2). 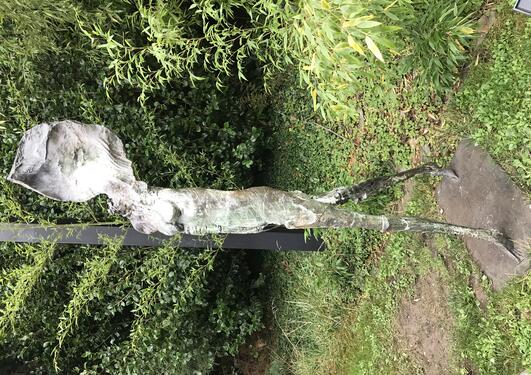 Epistemic Inequalities: The Challenge of Decolonizing Knowledge in Gender Studies

This SDG conference panel hosted by Redi Koobak at the Centre for Women's and Gender Research (SKOK) takes up the recent upsurge of interest in and attempts to decolonize knowledge. 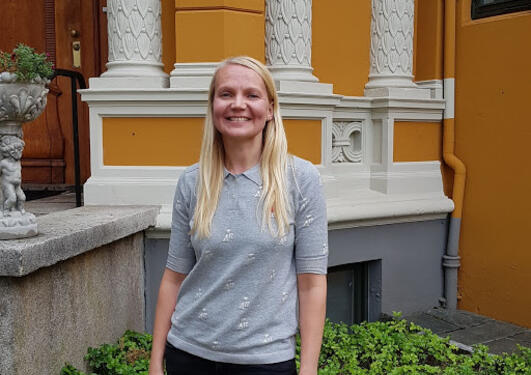