Measuring the aggressivity of a tumor

Lavina Ahmed defended Wednesday November 2nd 2016 her dissertation «Axl as a Biomarker in Breast and Lung Cancer» at the University of Bergen.

Need to understand the cancer cells

The proliferation of cancer cells from the primary tumor to various organs is the most common cause of cancer-related death. This spread can occur at the same time as the cancer cells develop resistance to treatment. To overcome such resistance is important to understand the underlying biological mechanism of cancer cells.

High levels of certain proteins can give rise to cancer when vital cellular functions change. Axl is a protein that has been associated with poor prognosis in a variety of cancers, including breast and lung cancer.

Measuring the aggressivity of the tumor

In this thesis, Axl is described as a biomarker (biological marker molecule) which can be measured in blood or tissue samples from patients. By measuring the protein level of Axl, we will among other things be able to determine how aggressive the tumor is for the patient. An objective has been to be able to select patients with high Axl level as criteria for treatment with drugs that block the Axl function, in example the new drug BGB324 from BerGenBio. This study have therefore investigated and developed new techniques to detect Axl protein in samples from both cell cultures and patient material. These techniques may be useful for measuring Axl in patients before and after treatment, and to predict treatment response.

In addition, the study shows that Axl is also associated with other biomarkers for aggressive characteristics of breast cancer. A high level of Axl also contributes to development of resistance to the treatment of lung cancer. Understanding the mechanism of Axl and other cancer biomarkers, will enable us to use the correct therapy for each patient, and this can potentially improve cancer patients’ survival rate.

Work performed at CCBIO, Department of Clinical Medicine and BerGenBio

Lavina Ahmed (1983) moved from Bangladesh to Sweden in 1992 and took her BSc in Biochemistry at the University of Sussex, Brighton, UK (2002-2006). She was also a year in Paris and worked at INSERM (2004-2005). She continued to study for the MSc in Molecular Medicine at Imperial College London (2007-2008) and worked part-time in research at the Imperial College and the MRC Prion Unit. Her industrial PhD 2011-2016 was completed at the Centre for Cancer Biomarkers CCBIO, Pathology Section, the Department of Clinical Medicine, University of Bergen and BerGenBio AS, under the supervision of Professor Lars A. Akslen, Dr. David Micklem and Dr. Hawa Nalwoga. 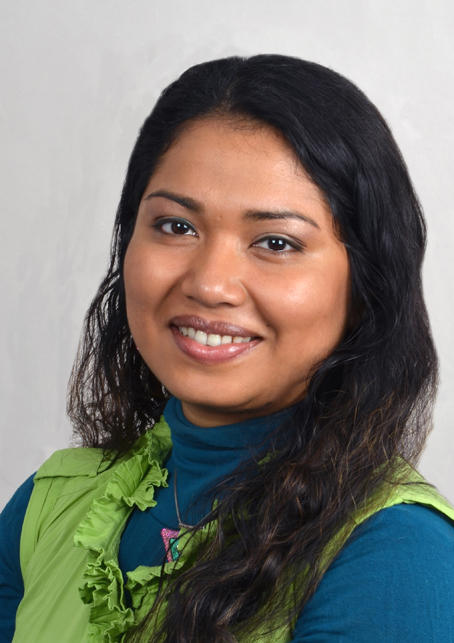