Researchers have found five new genetic regions that make people more susceptible to malignant melanomas. CCBIO’s Lars Akslen is one of the Norwegian researchers who have been contributing to this international study.

Researchers in Oslo and Bergen have contributed with samples from Norwegian patients. Norwegians are among the people most at risk for melanomas worldwide.

- With a greater understanding of the biology behind malignant melanomas we hope to be able to tailor treatment better in the future, Lars A. Akslen explains.

- When we know which genes that increase the risk, we might develop drugs that block the genes, if they prove to be active in the tumor, Akslen continues.

Still, it is a way to go yet. It is yet to investigate which genes in the groups that increase the risk of cancer. Currently we do not how the five genetic markers increase the risk, or whether they are active in the tumor. But we know that they are not associated with classic risk factors such as light skin tone or having many moles.

- This is interesting because it means there are probably risk mechanisms that we did not already know, Akslen adds.

He emphasizes that the most important thing still is to protect ourselves from the sun.

Link to the study: 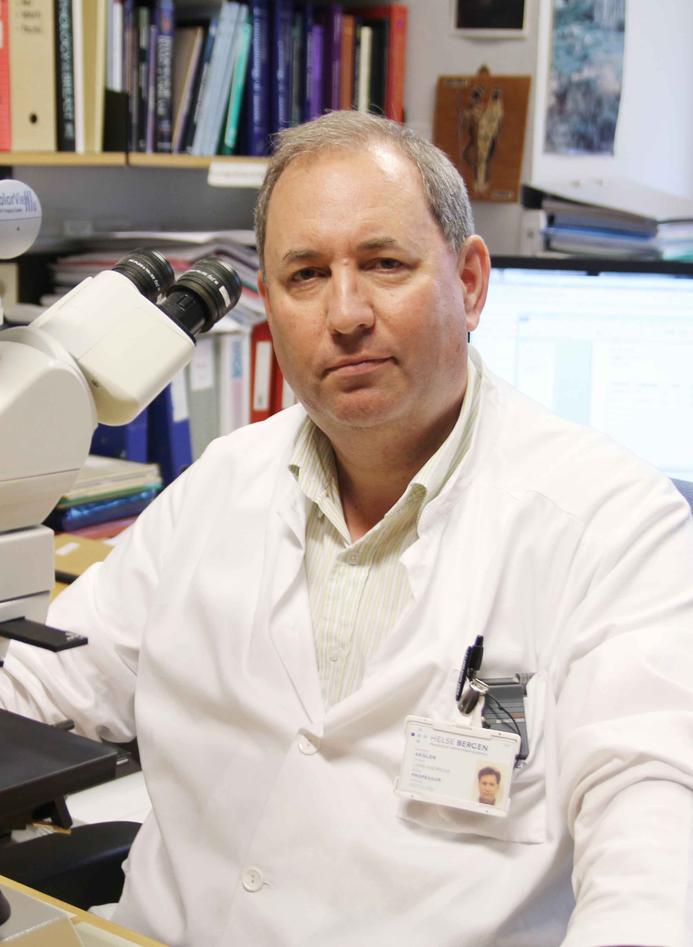 Professor Lars A. Akslen is Director of the Centre of excellence CCBIO.
Photo:
Kim E. Andreassen