The criminalization of young men in Iran

The book is described as an "intricate and moving portrait of contemporary Iranian life," where Khosravi elegantly weaves together insights from his studies of Iranian youth culture and migration studies.

Khosravi is affiliated with SKOK's ongoing research project WAIT - Waiting for an uncertain future: the temporalities of irregular migration and was in Bergen at the end of May 2017 to meet with the research group and to present his new book to local gender and migration scholars.

He has previously published two books: The ‘Illegal’ Traveler: an auto-ethnography of borders (2010) and Young and Defiant in Teheran (2008), which act as a point of departure for the stories and analysis that he introduces in Precarious Lives.

"I have gradually become aware that my two fields of study, young men in Iran and irregular migrants in Europe, are really one and the same. Both are about borders, marginalization, and waiting," Khosravi explained to the audience that came to hear him speak at the seminar he held at SKOK.

Whereas Khosravi's first book, Young and Defiant in Teheran, is focused on the spatial and geographical dimensions of Iranian youth culture, Precarious Lives addresses issues related to time, waiting, and hopes for the future among young Iranian men. Together, the books offer a detailed account of the history of contemporary Iran.

"One of the main challenges with writing these books has been the ethical aspects of studying Iranian men in an iranophobic time," Khosravi said.

"How should I write about difficult topics, like domestic violence and gender inequality without reproducing the dominant representation of the masculinity of Iranian men as a savage masculinity?" The attempt to avoid a stereotypical portrayal of Iran is central in the work of Khosravi.

A central issue in Precarious Lives is the dynamics of Iranian gender politics and the transformation of the ideal masculinity following the country's neoliberal turn in the 1980s. Khosravi describes the demise of a revolutionary masculinity (linked to the Iranian revolution), centered on images of martyrdom and oppression, and tied to an aesthetics of modesty, and the simultaneous emergence of a new ideal masculinity, constructed around the figure of the entrepreneur, the consumer, and the successful man.

However, while the neoliberal turn brought with it a new model for masculinity where individual success was key, it also led to the deconstruction of the welfare state and restructuring of the labor market, with increasing unemployment and informality, and decreasing job security. Thus, one of the consequences of these shifts was the production of a failed masculinity, and the constitution of young, single, and unemployed or poorly paid men as failed citizens or anti-citizens. These men are first and foremost constituted as subjects of lack - subjects whose identity is negatively defined, much like the undocumented or illegal immigrants in Europe. They are presented as a threat to society, and exposed to systematic repression by the police. In Iran, these men are called arazel owbash, thugs, and they are central in the construction of a narrative of crime.

According to Khosravi, this narrative has justified violent police operations in the poor neighborhoods of Teheran. The arrest of two young men for the assault and theft of 30 dollars is a paradigmatic example of how the narrative of crime is put to work to produce public paranoia and moral panic: the assault was filmed and created a public outcry, and the state made the outmost effort to detain the two young men. They were arrested, put to trial, sentenced to death, and executed, all within a month after the crime was committed. Not all punishments are as radical as this example. Sometimes the police put young men on display and expose them to public shaming, where they explicitly attack the male honor of the men. They are forced to use women's clothing, and the public is encouraged to take part in the spectacle, yelling de-humanizing insults at them, comparing them to animals.

"By presenting the arazel owbash as a dangerous figure, the desire for more police on the street increases. This way the Iranian state makes families believe that the threat is the arazel owbash, and not the political oppression and violence of the state," Khosravi explains.

He argues that there are clear parallels between the situation of these young men in Iran, and irregular migrants living in Europe. Both are represented as anti-citizens. The anger that young Iranian men express as a result of being criminalized, is the same anger that many immigrants express. Ideas of male honor, and attacks on this honor, are central to the experience of both of these groups. The violence exercised by these men should thus be seen as a response or reaction to the violence that they are subjected to through colonial modes of domination and oppression.

In the coming years, Khosravi will focus on irregular migrants in Stockholm, and their experience of time and waiting as part of the WAIT project. 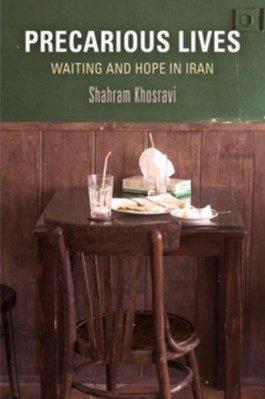