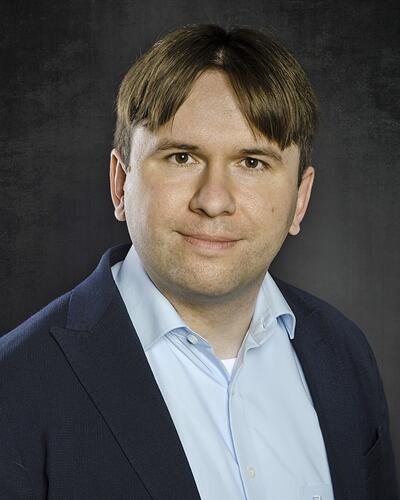 Christian Mauder (PhD 2017, University of Göttingen) is an intellectual, cultural, religious, and social historian of the Islamic world, with a focus on the late middle and early modern periods. He currently serves as leader of the research group Centre for Middle Eastern and Islamic Studies. Before coming to Bergen in 2020, he completed postdoctoral appointments at Yale University, the Institute for Advanced Study in Princeton, New York University Abu Dhabi, and the University of Bonn. His monograph In the Sultan’s Salon: Learning, Religion and Rulership at the Mamluk Court of Qāniṣawh al-Ghawrī (r. 1501–1516) (Brill, 2021) constitutes the first in-depth analysis of an Egyptian court as a transregional center of intellectual, religious, and political culture at the turn from the late middle to the early modern period. The dissertation on which this monograph is based won the 2018 Malcolm H. Kerr Dissertation Award (Humanities) of the Middle East Studies Association of North America and the 2018 Christian Gottlob Heyne Award of the University of Göttingen.

Mauder's current research examines the role of the concept of the “renewer” (mujaddid) in Islamic religious and political history of the late middle and early modern periods. By applying the theoretical framework of transregional historical semantics, the present project analyzes how, during the 14th to 18th centuries, the notion of the renewer became one of the central concepts Muslims throughout the Islamic world used to discuss questions of political power, religious authority, and scholarly status. The project thus examines one of the most understudied key concepts of Islamic political and religious thought, demonstrates the value of the approach of transregional historical semantics to the study of the Islamic world, and highlights the transregional interconnectedness of premodern and early modern Muslim communities.

Mauder has published several studies on the Mamluk Sultanate in Egypt and Syria, including his monograph Gelehrte Krieger. Die Mamluken als Träger arabischsprachiger Bildung nach al-Ṣafadī, al-Maqrīzī und weiteren Quellen (Olms, 2012). At the University of Bergen, he continues his research on the Mamluk period as an affiliated member in the project CanCode: Canonization and Codification of Islamic Legal Texts. Mauder also does research on the history of interactions between the Islamic world and Europe during early modern and modern times with a focus on the Protestant missionary project of the Moravian Brethren in Egypt during the late 18th century. He published the co-edited volume Die arabischen Briefe aus der Zeit der Herrnhuter Präsenz in Ägypten 1770–1783 (Ergon, 2012, together with co-editors Martin Tamcke and Arthur Manukyan) on this subject. He is furthermore involved in studying the history of the reception and translation of the Quran, on which topic he co-edited the volume Koran in Franken: Überlegungen und Beispiele für Koranrezeption in fremden Kontexten (Ergon, 2016, together with co-editors Thomas Würtz and Stefan Zinsmeister). His research interests also include Islamic eschatological thought. He contributed as assistant editor to the publication of Roads to Paradise: Eschatology and Concepts of the Hereafter in Islam (Brill, 2017, together with editors Sebastian Günther and Todd Lawson).

Mauder studied Arabic and Islamic Studies, Religious Studies, Sociology, Persian Studies, and Economics in Göttingen, Cairo, Marburg, and Yale. He worked and taught at the University of Göttingen in various capacities, including as Research Associate and Lecturer at the Institute of Arabic and Islamic Studies. From 2015 to 2018, he was a Member of the Holberg Seminar on Islamic History, Princeton University. He serves as representative of Northern Europe on the Council of the Union Européenne des Arabisants et Islamisants.